“The UK agreement was reached in June, three months before the European one. As you could imagine, the UK government said the supply coming out of the UK supply chain would go to the UK first,” Soriot told Italian newspaper la Repubblica on Tuesday.
“The contract with the UK was signed first and the UK, of course, said ‘you supply us first,’ and this is fair enough. This vaccine was developed with the UK government, Oxford and with us as well,” he added.

Earlier on Monday, EU Health Commissioner Stella Kyriakides expressed dissatisfaction on talks with AstraZeneca, saying that the drugmaker "intends to supply considerably fewer doses in the coming weeks than agreed and announced" due to production problems.

Speaking to la Repubblica, Soriot conceded that the company had to reduce supply to the EU as a result of reduced yields early in the manufacturing process at one site in Europe.

“It's complicated, especially in the early phase where you have to really kind of sort out all sorts of issues. We believe we've sorted out those issues, but we are basically two months behind where we wanted to be,” Soriot said.

He added that they also faced "teething issues" with the UK supply chain -- but they had a "head start" since they signed the contract earlier, and had more time to "fix all the glitches."

European delays: So far, the EU has ordered 300 million doses of the AstraZeneca vaccine -- which could be approved for use by the European Medicines Agency (EMA) as soon as this week -- with an option to purchase an additional 100 million doses.

With production issues centered around AstraZeneca’s European plants, Soriot said the company could soon be able to begin using its UK site to help Europe once the UK has “reached a sufficient number of vaccinations.”

“We're moving very quickly, the supply in the UK is very rapid. The government is vaccinating 2.5 million people a week, about 500,000 a day, our vaccine supply is growing quickly,” he told the Italian newspaper. “As soon as we can, we'll help the EU,” he added.

The resolution, sponsored by 29 Republicans, aims to declare the public health emergency unlawful and terminate all actions included in the Democratic governor’s most recent executive order, the joint resolution states.

Evers’ most recent executive order, issued January 19, calls for face coverings to be worn by all people over age 5 when they are in indoor or enclosed public spaces with other people in the same room.

The resolution passed the Senate 18-13 on Tuesday, with two Republican lawmakers opposing the measure, according to online records, and moves onto the Republican-majority Assembly Thursday.

A team of World Health Organization (WHO) investigators is preparing to leave quarantine in the Chinese city of Wuhan and begin a long-awaited investigation into the origins of the coronavirus pandemic.

Members of the 13-person international team will finish their two-week quarantine in the next 24 hours, stepping out into a city that was once the center of the global outbreak but is now, a year on, largely returned to normal. Scrutiny of the team's work will be immense, as they navigate what is likely to be a political minefield in uncovering how the virus that brought much of the world to a halt first emerged.

"The eyes of the world are focused on this, the opinions of the world are focused on this," Dutch virologist and team member Marion Koopmans told CNN Wednesday morning, as she prepared for a final round of meetings before leaving her quarantine hotel.
"We are aware of it, there is no way around that. That's why we really try to keep focused, we are scientists, we are not politicians, we are trying to really look at this from the scientific perspective."

Part of that involves abandoning all preconceived notions about how the virus evolved and spread, to look at what the evidence says, and go from there, Koopmans said. The team has spent the past two weeks in video calls with each other and Chinese scientists, "discussing what we know, what we don't know."

Demand for answers will be great, especially after the investigation itself was delayed several times, but Koopmans cautioned patience.

"I think we really have to manage expectations, if you look at some of the earlier quests for the origins of outbreaks, they have taken years to complete," she said. "The early and relatively easy studies have been done, have already been published."

An earlier report by a WHO team in China, published in February 2020, found that "key knowledge gaps remain" about the virus, though it endorsed previous findings that the virus appeared to have originated in animals, with the likely first outbreak at a seafood market in Wuhan. 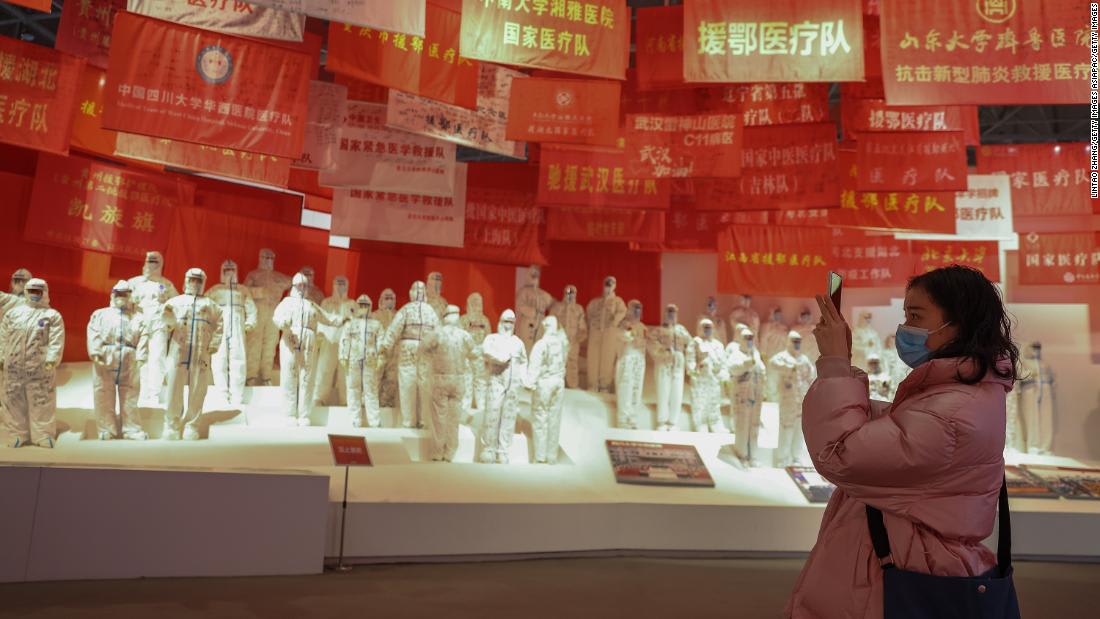 A draft of the first national mask evaluation standard for consumer masks obtained by CNN shows proposed guidance would call for two tiers of certification.

The standards are currently in development with ASTM International and the National Personal Protective Technology Laboratory, which is an arm of the US Centers for Disease Control and Prevention’s National Institute for Occupational Safety and Health.

The current standards: Currently, only medical-grade masks and respirators must meet standards. These include N95 masks, which are regulated for fit, filtration efficiency, flammability and other qualities.

The new standards: The proposed standards will outline specific fit, design, performance and testing requirements for face masks and coverings, according to a draft of the standards provided to CNN by ASTM International.

The draft evaluates both single use and reusable masks, and outlines specific requirements. For instance, the standards would prohibit the use of vents, valves or any feature that allows air flow to bypass filtration -- though there are exceptions to this that reflect current CDC guidance.

International standards: The ASTM draft standard currently is far different from standards required for masks in several European countries. Germany, Austria and France are now requiring people wear masks with a minimum filtration efficacy of 80-90% while on public transport, shopping or in public areas.

A pharmacist in Wisconsin has signed a plea deal acknowledging he was guilty of trying to render hundreds of Covid-19 doses ineffective, according to the Department of Justice of the Eastern District of Wisconsin.

Steven Brandenburg removed 57 vials of the Moderna vaccine from cold storage on December 24 and 25, knowing that it would render them unusable, according to police statements. His actions destroyed all 57 vials; each vial contained 10 individual doses of the vaccine for a total of 570 doses.

"Brandenburg is charged by an Information with two counts of attempting to tamper with consumer products, with reckless disregard for the risk that another person will be placed in danger of death or bodily injury. Brandenburg has agreed to plead guilty to the charges, which each carry a maximum sentence of ten years' imprisonment," read the news release from the Department of Justice.

United States Attorney Matthew D. Krueger said the charges show that the Justice Department will pursue anyone who tampers with the vaccine, and especially any medical professional.

"Tampering with vaccine doses in the midst of a global health crisis calls for a strong response, as reflected by the serious charges the United States has brought today," said Acting Assistant Attorney General Brian Boynton of the Department of Justice's Civil Division.

"The claims made in the Information are allegations that, if the case were to proceed to trial, the government must prove beyond a reasonable doubt to convict the defendant. The plea agreement expresses the defendant's intention to plead guilty, but the defendant has not yet formally entered a plea in this matter," read the release.

The former president and CEO of the Great Canadian Gaming Corporation and his wife are facing charges -- including failure to self-isolate -- after allegedly chartering a plane to a small town in western Canada and posing as local workers to receive the coronavirus vaccine.

Rodney and Ekaterina Baker have been charged under Yukon's Civil Emergency Measures Act (CEMA), according to court documents.

One of them presented a British Columbia health care card, the other had one from Ontario, Streicker said in a statement.

The Bakers weren't charged for getting the vaccine. Rather, they were accused of not following quarantine requirements after arriving in the Canadian territory.

According to a charging document, the Bakers are from Vancouver, British Columbia, southeast of the Yukon territory.

"I am outraged by this selfish behaviour, and find it disturbing that people would choose to put fellow Canadians at risk in this manner," Streicker said. "Reports allege these individuals were deceptive and violated emergency measures for their own advantage, which is completely unacceptable at any time, but especially during a public health crisis."

CNN was unable Tuesday to reach the Bakers for comment. 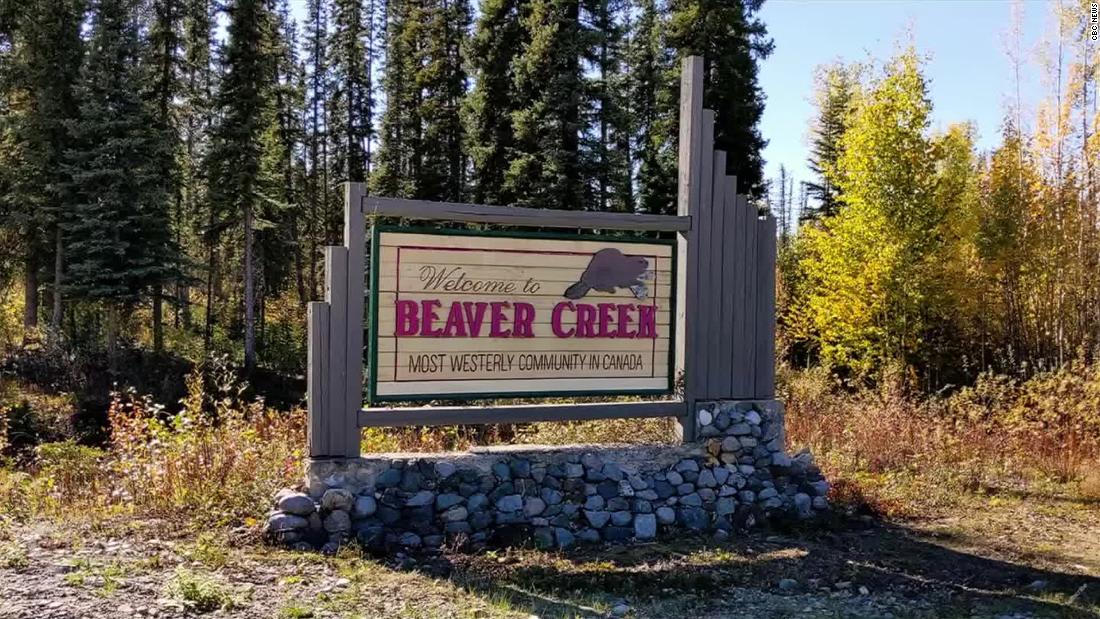 Business exec and his wife charged after flying into remote Canadian town to get Covid-19 vaccine, officials say

“Having a 16% increase is really great news,” said Inslee. “It’s also great news that they’re giving us certainty of those deliveries, because our providers have been bedeviled with uncertainty and unpredictability of the delivery schedules.”

The state of Washington topped 500,000 total vaccine doses on Monday, and Inslee said they are on their way to meeting the larger goal of vaccinating an average of 45,000 people per day.

“These measures are working,” the governor said. “We certainly have a long way to go, but we have made very significant progress in the past week.”

Most officials who have received vaccinations work for the Executive Office of the President, meaning they operate inside the White House complex, either in the West Wing or Eisenhower Executive Office Building next door. Dozens of staffers are still working remotely but the White House is prioritizing vaccinations for people who work on site and aims to eventually vaccinate all in-person staff, an official told CNN.

Even with the vaccinations, White House officials are still wearing masks when on the grounds and many are working from home or participating in virtual meetings from their offices.

The staffers, including those who have been working remotely, came to the Eisenhower Executive Office Building today for their first vaccinations.

Pfizer said Tuesday it’s “laying the groundwork” to create a vaccine booster that could respond to coronavirus variants.

“We should not be frightened, but I think we need to be prepared,” Pfizer CEO Albert Bourla said during the Bloomberg The Year Ahead event Tuesday. “Once we discover something that it is not as effective, we will very, very quickly produce a booster dose that will be a small variation to the current one.”

Bourla said the company had discussed variants in the past and created a process to help it adapt quickly.

“We were working on a process that will allow us to do the development very fast,” Bourla said. “Now already we have started implementing this process.”

In a statement to CNN on Tuesday, Pfizer emphasized that the process is to respond, “if a variant of SARS-CoV-2 shows evidence of escaping immunity by our vaccine.”

“However, the studies needed to evaluate a vaccine that encodes an updated viral antigen have yet to be determined, in agreement with regulators. We will need to generate data that gives confidence that any updated vaccine is safe and effective. The updated vaccine to be administered as a booster would be subject to regulatory approval or authorization,” the statement said.

Last week, Ugur Sahin, who helped invent the BioNTech vaccine being made and distributed by Pfizer, tested his vaccine against the B.1.1.7 variant first seen in the UK. The team found “no biologically significant difference in neutralization activity,” they reported in a pre-print report. But they said it would be “prudent” to start tweaking the vaccine, just in case.

Vaccine maker Moderna announced on Monday two doses of its vaccine are expected to be protective against emerging strains of coronavirus detected so far, but out of an abundance of caution, it planned to test booster shots.