At least 315 cases of a coronavirus variant first spotted in the UK have been detected in 28 US states, according to data posted Wednesday by the US Centers for Disease Control and Prevention.

One thing to note: The CDC said this does not represent the total number of cases circulating in the US, but rather just those that have been found by analyzing positive samples. The agency cautions that its numbers may not immediately match those of state and local health departments.

The variant -- which is known as B.1.1.7 and appears to spread more easily -- has also been found in at least 70 countries, according to the World Health Organization.

A coronavirus variant first seen in Britain has been detected in at least 70 countries, according to the World Health Organization’s weekly epidemiological report.

This report added 10 countries to the list where this variant, known as B.1.1.7 or VOC 202012/01, has been detected. According to WHO, incidences of this variant are declining in the United Kingdom, Denmark, Ireland and the Netherlands.

Other strains: A variant first identified in South Africa has been detected in 31 countries, according to the WHO. Southeast Asia is the only WHO region that has not reported a case of this variant so far. It’s widely known as B.1.135.

Variant P.1, first identified in Brazil, has been detected in eight countries. This report adds six countries to the last update on variants.

Andy Slavitt, senior adviser to the White House Covid-19 Response Team, said it will "be months" before all Americans who want a Covid-19 vaccine can get one.

“I want to level with the public that we're facing two constraining factors. The first is getting enough supply quickly enough, and the second is the ability to administer the vaccines quickly once they're produced and sent out to the sites,” Slavitt said.

“We are taking action to increase supply and increase capacity, but even so, it will be months before everyone who wants a vaccine will be able to get one,” he added.

Slavitt said so far this week, the Biden administration has hit its initial target of 1 million vaccinations per day. That number of doses is “the floor, not the ceiling,” he said.

The administration has delivered 47 million doses to states and long-term care facilities, yet 24 million doses have been administered, according to Slavitt.

“Any stockpile that may have existed previously no longer exists. Our practice is to maintain a rolling inventory of two to three days of supply that we can use to supplement any shortfalls in production and to ensure that we are making deliveries as committed,” he said.

On Tuesday, Biden announced a series of measures aimed at ramping up coronavirus vaccine allocation and distribution, including the purchase of 200 million more vaccine doses and increased distribution to states by millions of doses next week.

With those additional doses, Biden said there would be enough to fully vaccinate 300 million Americans -- nearly the entire US population -- by the end of summer or early fall.

Make no mistake: The United States still is at one of its worst spots of the coronavirus pandemic. Daily deaths are near a peak, and other daily stats still are stunningly high compared to where they'd been before a late 2020 surge.

Yet Covid-19 case and hospitalization numbers have been falling. Vaccines are here, more versions may be near and warmer weather is approaching.

Some health experts say the US even has a chance to experience life a little more normally by early fall. Infectious disease expert Dr. Anthony Fauci made that prediction last week, assuming 70% to 85% of the US population was vaccinated by end of summer.

Standing in the way are lagging daily inoculation rates, vaccine supply shortages and hesitation by some to get the shots. And variants of the virus that appear to be more transmissible are turning up more frequently, according to the US Centers for Disease Control and Prevention, which warns they could worsen the already raging spread of the virus.

Still, President Joe Biden's administration says it has taken steps to hasten vaccinations. And experts including Fauci are optimistic that current vaccines will largely protect against known variants, though they warn the more the virus spreads, the greater chance mutations could defeat current vaccines.

So, as the nation waits for widespread vaccines, the steps people should take to slow the spread are the same as always: wear masks, avoid congregate settings and wash hands, experts have said. 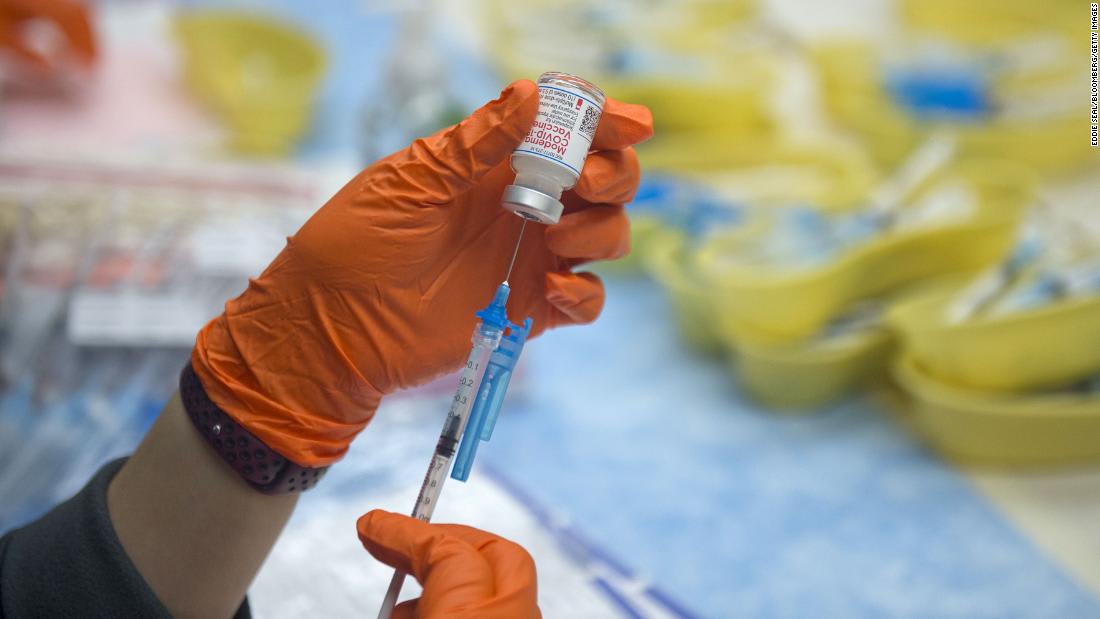 Covid-19 stats are dipping, as variants lurk and vaccines lag

He was speaking at a joint news conference with Prime Minister Boris Johnson, who reiterated the announcement he made earlier in Parliament that schools would not reopen February 22 as planned, but could perhaps reopen starting March 8.

On Wednesday, Johnson also announced that the UK would be introducing government-provided accommodations, for example hotels, for 10 days for those who cannot be refused entry into the UK from high-risk countries.

It comes as the UK surpassed 100,000 coronavirus deaths -- the first country in Europe to do so.