Our live coverage of the pandemic has ended for the day.

At least 434 cases of a coronavirus strain first identified in the UK have been detected in 30 US states, according to data posted Friday by the Centers for Disease Control and Prevention (CDC).

That’s over 100 more cases than the CDC’s last update on Wednesday.

The current total includes 125 cases in Florida, 113 in California, 42 in New York and 22 in Michigan. The rest have fewer than 20 known cases each.

The variant -- which is known as B.1.1.7 and appears to spread more easily -- has also been found in at least 70 countries worldwide, according to the World Health Organization.

In addition, South Carolina reported the first two US cases of another strain first seen in South Africa, which is called B.1.351 and has been found in more than 30 other countries. Minnesota health officials have also reported one case of the P.1 strain first linked to Brazil, which has been detected in at least eight countries.

The CDC says this does not represent the total number of such cases circulating in the US, but rather just those that have been found by analyzing positive samples. The agency cautions that its numbers may not immediately match those of state and local health departments.

The Andean country will receive a mix of privately purchased vaccine doses as well as 20 million shots purchased through the Covax mechanism in order to vaccinate its 35 million citizens, Duque said in his daily television address to the nation.

Colombia has reported more than 2 million coronavirus cases and more than 53,000 related deaths during the pandemic. On Tuesday, Defense Minister Carlos Holmes Trujillo died due to Covid-19.

Coronavirus restrictions in many parts of Italy will be eased from Sunday, the country's Health Ministry has announced.

All but five of Italy's regions will be considered "yellow" under its color-coded system, the ministry said on Friday.

Veneto, the region around Venice, is to go from an orange to a yellow zone, which allows the daytime reopening of bars and restaurants and greater freedom to travel.

Calabria in the south and Emilia-Romagna in the north were also downgraded from orange to yellow.

From Sunday, the regions of Puglia, Sardinia, Sicily, Umbria and the autonomous province of Bolzano will be in the orange zone.

All the other regions and autonomous provinces are in the yellow zone.

"The transmission rate of the infection fell to 0.84. It is an encouraging result of the correct behavior of the people and the Christmas measures that have worked. Numerous regions will return to the yellow zone. This is good news, but keeping your full attention is essential. The challenge to the virus is still very complex," Speranza added.

Former US Centers for Disease Control and Prevention director Dr. Tom Frieden says schools can safely reopen as long as the right precautions are taken.

"Classrooms should stay open as long as possible, and reopen as soon as possible -- in-person learning is enormously important," Frieden said during an Axios podcast interview on Friday.

"It isn't the academic setting where the virus is spreading overwhelmingly, so we need our kids back in schools. Getting teachers vaccinated soon will help do that, but I wouldn't wait for teacher vaccination. Our kids need learning today."

When US President Joe Biden intensifies his attention next week to selling Republicans and Democrats on his coronavirus relief bill, he won't be relying on some of the presidency's most symbolic powers.

Out, for now, are arm-twisting sessions in the Oval Office or rides into a lawmaker's district aboard Air Force One. Instead, administration aides are planning remote television hits from the White House, out-of-the-blue phone calls to skeptical Republicans and maybe a stop somewhere within driving distance, according to officials.

Hamstrung by the very pandemic he is working to contain, Biden and his advisers have sharply limited the ways in which he can promote the $1.9 trillion relief bill he has proposed in the opening days of his presidency. Flying around the country to sell the plan is off the table for now, aides said, as Biden works to promote responsible pandemic behavior. Even the idea of visiting the weekly Democratic and Republican Senate luncheons on Capitol Hill is a non-starter, aides said, though -- like Biden -- many members of Congress have been vaccinated.

It's not necessarily how Biden would like to be ushering his debut legislative attempt through Congress, particularly since he built an entire career as a senator around attempts to foster bipartisanship through camaraderie on Capitol Hill. So, too, will his famous personal touch with middle-class Americans be sidelined as Air Force One remains in the hangar at Joint Base Andrews. He and his then-boss President Barack Obama used both while mustering support for the 2009 stimulus plan in the earliest days of that administration.

"The irony is that the virus is the core challenge he is trying to address," David Axelrod, a senior adviser to the Obama administration during its economic stimulus push, said Friday. "It also limits his ability to travel and sell it." 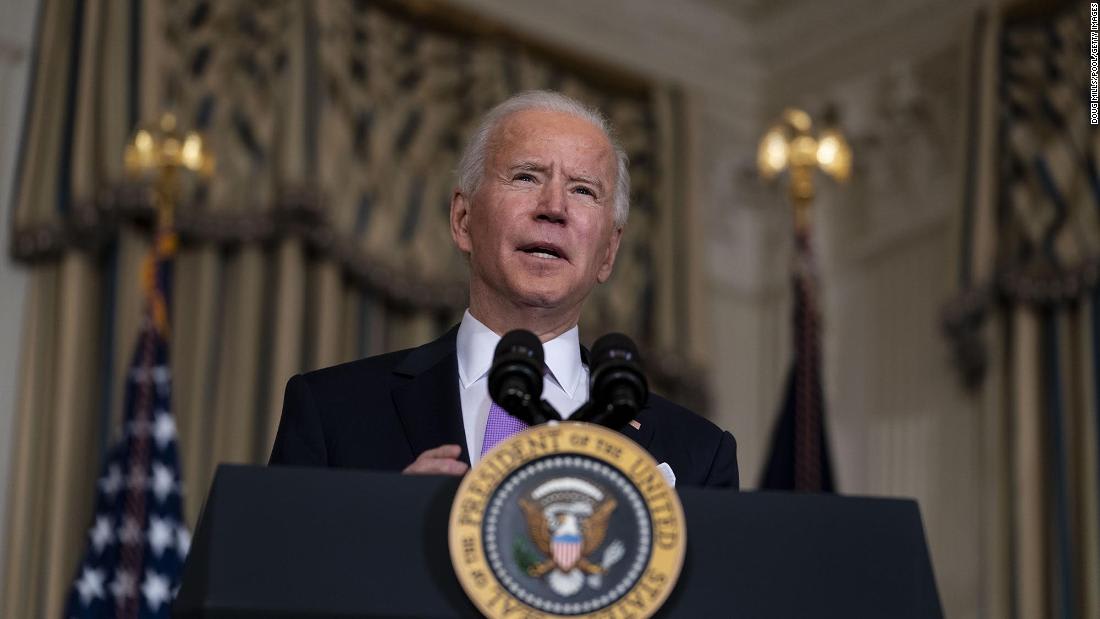 In an apparent rethink late Friday, the European Commission issued a statement saying it will not trigger a Brexit clause to introduce emergency export controls on vaccines to Northern Ireland from the bloc.

"In the process of finalisation of this measure, the Commission will ensure that the Ireland / Northern Ireland Protocol is unaffected. The Commission is not triggering the safeguard clause," the statement said.

However, the statement warned that "should transits of vaccines and active substances toward third countries be abused to circumvent the effects of the authorisation system, the EU will consider using all the instruments at its disposal."

Earlier Friday, the EU startled Belfast, London and Dublin when it said it was willing to use Article 16 of the Northern Ireland protocol -- an emergency measure that could be used by either the UK or the EU to retain stability on the island of Ireland.

If the EU had invoked Article 16, any effort to use Northern Ireland as a back door to the rest of the UK to circumvent export controls would be restricted.

"This is a positive development given the many challenges we face in tackling Covid-19," he added.