Door-to-door coronavirus testing is being rolled out in parts of England in an attempt to stem the outbreak of a more contagious variant discovered in South Africa.

The "surge testing" scheme will see mobile testing units deployed in eight areas where the variant has been found.

A statement released by the UK Department of Health and Social Care on Monday said 105 cases of the strain had been detected in the UK to date and 11 "cannot be traced back to international travel," leading to concerns about community transmission.

The scheme will take place in areas of London, the West Midlands, and the South East, North West and East of England. Everyone over the age of 16 will be asked to take a test even if they are asymptomatic. Any positive cases will be sequenced to find out if the person has the variant.

“It is vital that we do all we can to stop transmission of this variant and I strongly urge everyone in these areas to get tested, whether you have symptoms or not," UK Health Secretary Matt Hancock said.

Japan plans to extend its state of emergency in Tokyo, Osaka and eight other prefectures as the country continues to battle rising Covid-19 cases, Prime Minister Yoshihide Suga said Tuesday.

The move comes as questions persist over the country's readiness to host the Olympics, which are scheduled to be held in Tokyo this summer from July 23 to August 8.

That decision still needs to be finalized by the government's coronavirus task force, and Suga is expected to hold a news conference Tuesday night over the state of emergency rules.

Rising cases: Japan's Health Ministry on Monday reported 1,792 new coronavirus infections and 72 additional deaths, bringing the country's total cases to more than 392,000 and more than 5,800 dead. Almost 50,000 Covid-19 patients are in need of hospital-level medical care as of Monday.

Around one third of confirmed cases are in the capital Tokyo, which on Monday reported fewer than 500 new cases for the first time since December 28. 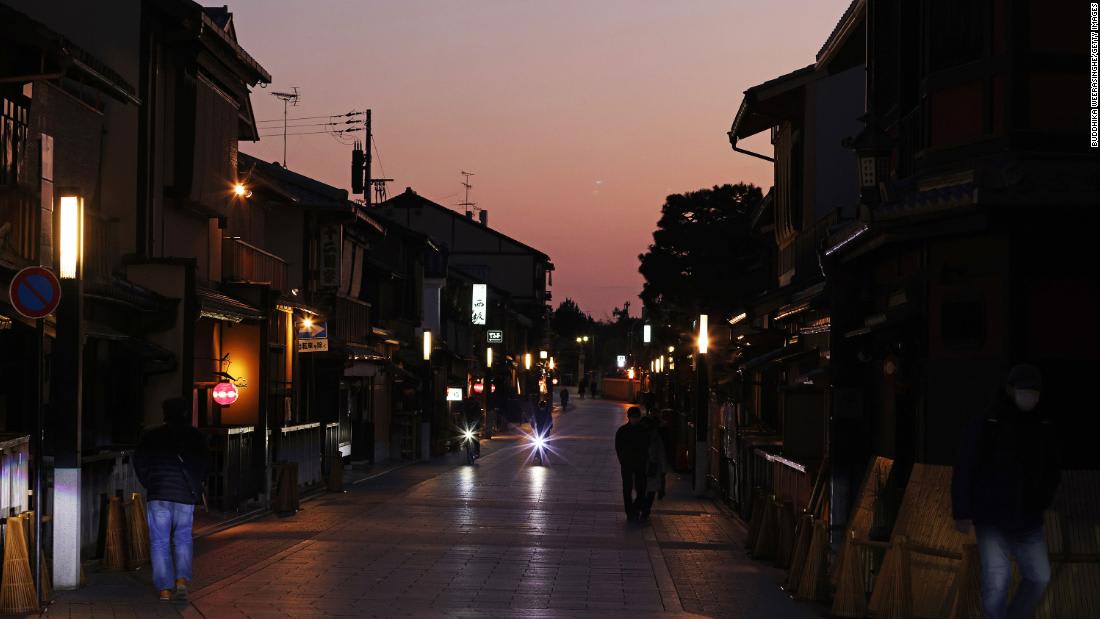 Taiwanese authorities said they will no longer fine a man for breaking quarantine because investigators discovered he was kidnapped in an unfortunate case of mistaken identity.

The man, whose surname is Chen, had arrived from Hong Kong in late October and was quarantining at a friend's house in the central city of Nantou, according to a statement from the Changhua Branch of the Ministry of Justice's Administrative Enforcement Agency.

On November 1 at 11 p.m., debt collectors broke in and whisked Chen away against his will, mistaking him for his friend. They forced him to pay the debts and eventually returned Chen, who sustained injuries during the ordeal.

Local public health authorities initially fined Chen $3,500 for violating the quarantine order, but the case was handed over to the Ministry of Justice to investigate the claims of forced detention.

Police verified Chen's claim and the kidnappers are now under investigation, authorities said.

Strong pandemic response: While the case is unusual, the hefty fine is not. Taiwan has levied a series of large fines on people violating quarantine as part of its world-class response to the pandemic.

A migrant worker from the Philippines was fined $3,500 for stepping out of his room for eight seconds while quarantining in a hotel in the island's southern Kaohsiung City, and a man in Taichung in central Taiwan was fined $35,000 for violating home quarantine at least seven times, local media reported.

Experts say that Taiwan's response to the pandemic has been one of the most successful thanks to its early, decisive action -- an important lesson the island took away from the deadly SARS outbreak. 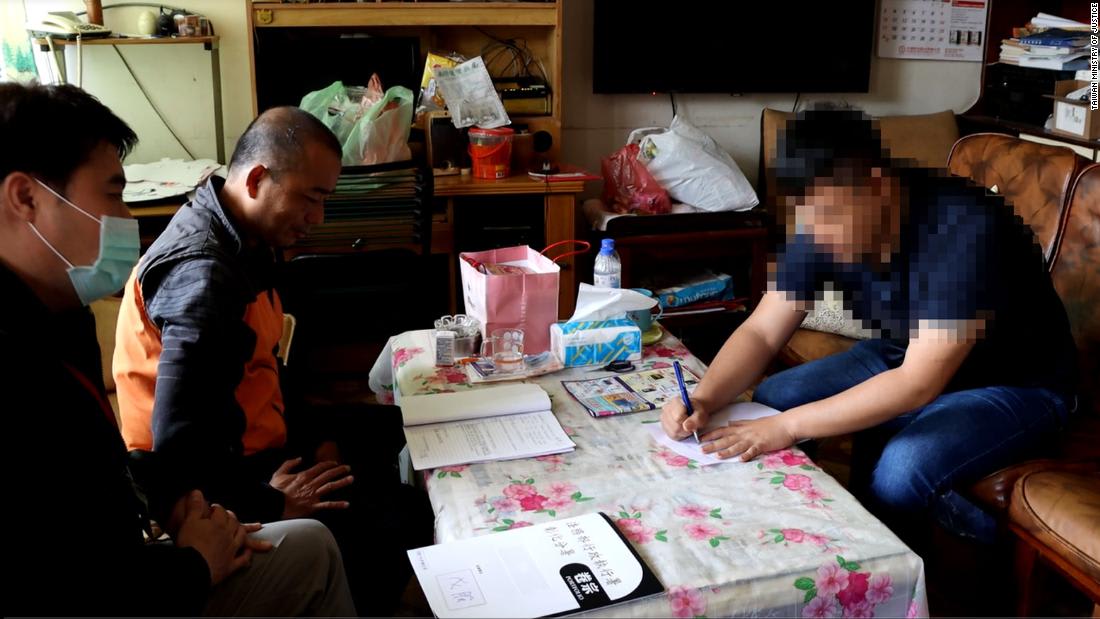 The long war against Covid-19, ever more daunting in the dispiriting months of winter, is now posing a fundamental question over whether the United States has the political, economic and national will to prevail before the disaster gets much worse.

A race against time to vaccinate sufficient Americans before mutant versions of the virus cause a new wave of sickness and death is turning into a critical stress test for a mass immunization effort off to a difficult start.

And there is a disconnect in Washington over the scale of the crisis, with Democrats demanding a "go big" economic rescue plan and the few Republicans who back action envisaging a much more modest approach.

It remains unclear whether vaccine and testing efforts, attempts to alleviate harrowing economic suffering and the level of buy-in from the American people themselves are sufficient for the challenges that lie ahead.

The fate of the country -- and of Biden's presidency -- depends to a considerable extent on his capacity to steel Americans for the next stage of the battle and his ability to maintain national morale.

But the President is leading a country beaten down by months of social distancing, family isolation and economic pain -- left as divided as it has been since the Civil War by Donald Trump's tumultuous exit. 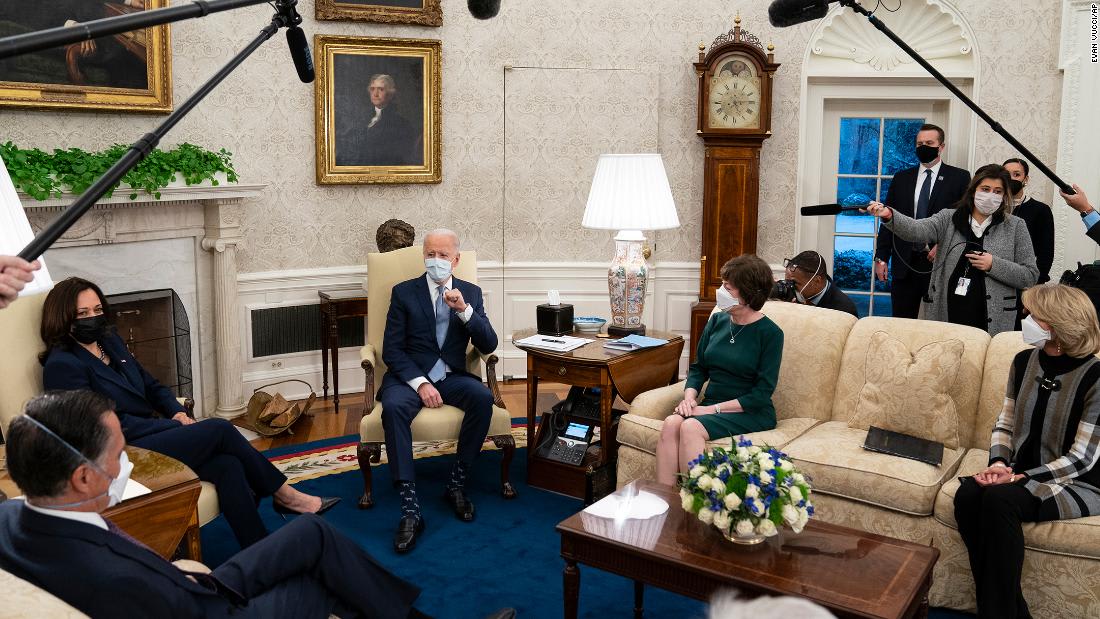 Analysis: Pandemic still dwarfing the size of DC's efforts to fight it

The United States reported 130,759 new Covid-19 infections and 1,881 virus-related deaths on Monday, according to a tally by Johns Hopkins University.

Vaccines: At least 49,936,450 vaccine doses have been distributed and at least 32,222,402 shots administered, according to the US Centers for Disease Control and Prevention.

Armenia approved the Russian-made Sputnik V coronavirus vaccine on Monday, according to the state-run Armenpress news agency and a press release from the Russian Direct Investment Fund (RDIF).

The RDIF statement said the vaccine was approved by Armenia’s Health Ministry based on Phase 3 clinical trial data in Russia. Armenpress also reported the ministry has confirmed the use of the Russian vaccine.

The approval comes one day after Tunisia granted emergency use authorization for the Sputnik V vaccine on Sunday.