The number of cases in England of a Covid-19 variant first identified in South Africa are a “big underestimate” and the country is seeing the "tip of the iceberg of community transmission," government advisor Andrew Hayward told British broadcaster Sky News on Tuesday.

105 cases of the variant have been identified in England to date and "a small number of cases" cannot be traced back to international travel, the UK Department of Health and Social Care said in a statement on Monday.

The South African variant is, "identified through genetic sequencing and we sequence between 5% and 10% of all cases, so you can immediately tell from that that we have a big under-estimate of the number of cases within this country,"  said Hayward, a professor of infectious disease epidemiology at University College London.
He said that the 11 cases of the variant thought to be due local transmission could be multiplied, "by quite a high level. So we would expect we're seeing, if you'd like, the tip of the iceberg of community transmission," he said.

A "surge testing" scheme is underway to monitor and suppress the spread of the variant of the coronavirus in some parts of London, the West Midlands, and the South East, North West and East of England.

Hayward said that increased testing could help to slow the spread down.

Japanese Prime Minister Yoshihide Suga announced Tuesday the government will extend the state of emergency in Tokyo, Osaka and eight other prefectures.

Some background: The move comes as questions persist over the country's readiness to host the Olympics, which are scheduled to be held in Tokyo this summer from July 23 to August 8.

Earlier Tuesday, the President of Tokyo 2020 Organizing Committee Yoshiro Mori said the Olympic Games will be held in 2021 "no matter how the Covid situation will be."

After criticism last year for an early rollout, Russia’s Sputnik V coronavirus vaccine is 91.6% effective against symptomatic Covid-19 and 100% effective for preventing severe illness, according to an interim analysis of Phase 3 trial data published in the medical journal The Lancet on Tuesday.

The trial included 2,144 people over the age of 60, and a sub-analysis conducted on this group revealed the vaccine was well tolerated and had a similar efficacy of 91.8%.

Seventy serious adverse events were reported in 68 trial participants, including 45 in the vaccine group and 23 in the placebo group, but none were considered associated with the vaccination, according to the study. Most of the adverse events reported were mild, such as flu-like symptoms and pain at the injection site.

The analysis includes only symptomatic cases of Covid-19, and the authors note more research is needed to understand the vaccine’s efficacy against asymptomatic Covid-19, transmission and how long protection may last.

The vaccine is a two-dose adenoviral vector vaccine, with doses administered 21 days apart. With this type of vaccine, the adenovirus is altered so that it can deliver a piece of genetic material from another pathogen, such as the virus that causes Covid-19. It’s an approach similar to the vaccines developed by AstraZeneca and Johnson & Johnson.

Sputnik V uses two different vectors that are based on a human adenoviruses in separate shots. Researchers from Gamaleya National Research Centre for Epidemiology and Microbiology in Russia write that using a different adenovirus vector for the booster may create a more powerful immune response than using the same vector a second time, by minimizing the risk of immune system resistance.

Sputnik V only needs to be refrigerated and costs $10 per dose, according to the Russian Direct Investment Fund, which funded vaccine production and is responsible for selling it globally.

Russia drew criticism from scientific circles last year, when it announced the world's first approved coronavirus vaccine for public use in August -- before the crucial Phase 3 trials had been completed.

“The development of the Sputnik V vaccine has been criticised for unseemly haste, corner cutting, and an absence of transparency,” University of Reading Professor Ian Jones London School of Hygiene & Tropical Medicine Professor Polly Roy wrote in a commentary published in The Lancet Tuesday. They were not involved in the study. “But the outcome reported here is clear and the scientific principle of vaccination is demonstrated, which means another vaccine can now join the fight to reduce the incidence of COVID-19.” 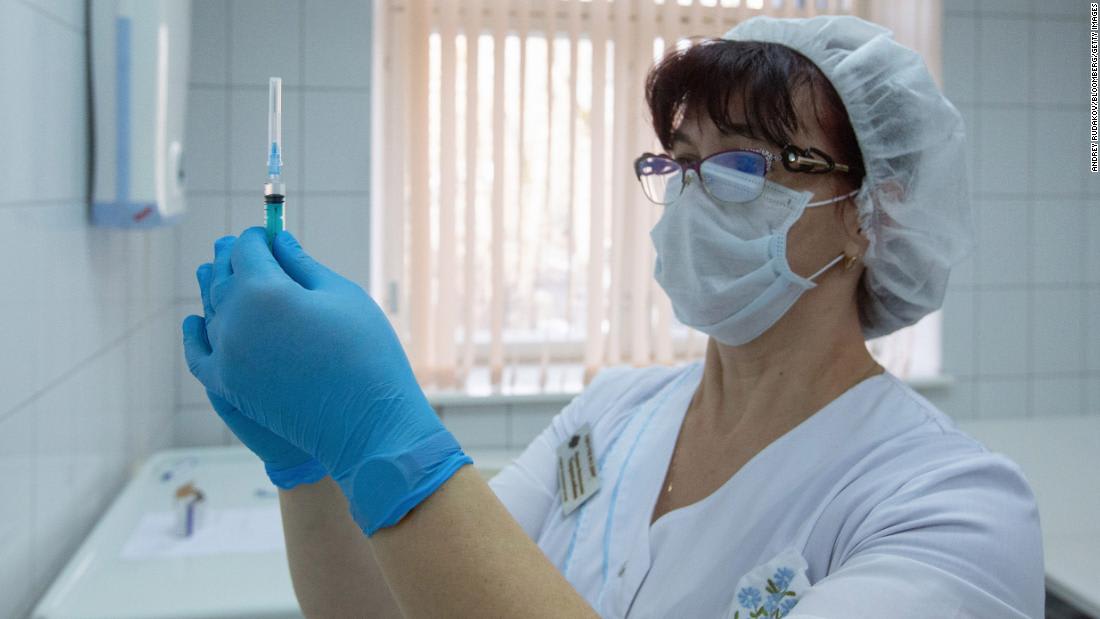 Covid restrictions mean that many of Europe's top winter sports destinations are deserted.

Ski lifts are open, with assorted caveats, in many resorts in Switzerland, Austria, Spain, Bulgaria, Norway and Sweden but closed in France, Italy, and Germany, where governments have decreed the risk of spreading the virus is too high.

In Austria, where ski towns such as Ischgl were identified as Covid-spreading hotspots last winter, resorts were allowed to decide whether to open, despite the country being in lockdown.

St. Anton, part of the vast Arlberg region which includes Lech and Zurs, opted to run a handful of lifts, selling season passes and day tickets to local skiers. Hotels, guesthouses, and chalets must remain closed, so visitor numbers are low.

"To be living through these uber-weird times in such a beautiful place, and being able to ski every day with no-one around, getting my kids of five and three on snow, is phenomenal," said Andy Butterworth, director and co-founder of luxury ski chalet operator Kaluma Ski, who lives in St. Anton.

Strict regulations are in place, with marked out, socially distanced queue lines, reduced capacities on lifts and the wearing of FFP2 masks compulsory. Links to Lech and Zurs are closed and none of the higher lifts on the mountain are open.

"Everybody is abiding by the rules because they realize how lucky we are," says Butterworth, before adding that recent incidents with some visitors gathering illegally have put people on edge.

Nearly 100 foreign nationals, including Britons, Danes, Swedes, Romanians, Germans, Australians, Irish people and Poles, were put in quarantine and could face fines of up to 2,180 euros ($2,605) for contravening travel and lockdown rules in St. Anton, according to local police.

"There is the sad side," said Butterworth, who had to oversee an emergency evacuation of guests from the resort when the virus first hit last March.

"Normally the streets would be really busy, the shops would be lit up, lunch service would be starting in the restaurants and bars. But it's a ghost town. It's a lovely ghost town, it's snowing and it's pretty, but it's empty. There is no one around. There is just the bank, the chemist and supermarket open. It misses that buzz, which is a shame.

"It's sad to see businesses closed and probably not opening again until next winter. The effect on most people in town is probably more negative than it is positive," Butterworth added. 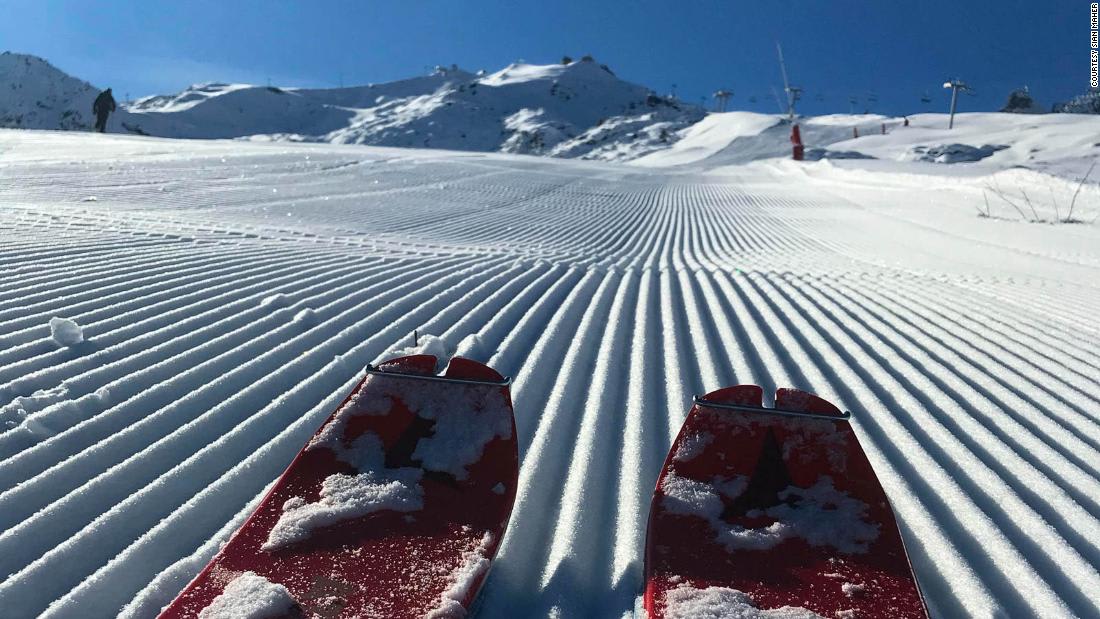 What it's like to have a ski resort to yourself

Australia's cricket tour of South Africa has been postponed due to the Covid-19 pandemic, Cricket Australia (CA) announced in a statement on Tuesday.

The Aussies were scheduled to play a three-Test series in March but CA’s interim chief executive Nick Hockley said traveling to South Africa posed “an unacceptable level of health and safety risk to our players, support staff and the community.”

South Africa has been hit by a significant second wave of the virus driven by a more infectious variant identified late last year.

It is the second men’s Test tour Australia have had postponed in the last 12 months due to Covid-19 after pulling out of a trip to Bangladesh last year.

New dates for both the Bangladesh and South Africa tours have not yet been announced although CA says it hopes to play the respective series at later dates.

Door-to-door coronavirus testing is being rolled out in parts of England in an attempt to stem the outbreak of a more contagious variant discovered in South Africa.

The "surge testing" scheme will see mobile testing units deployed in eight areas where the variant has been found.

A statement released by the UK Department of Health and Social Care on Monday said 105 cases of the strain had been detected in the UK to date and 11 "cannot be traced back to international travel," leading to concerns about community transmission.

The scheme will take place in areas of London, the West Midlands, and the South East, North West and East of England. Everyone over the age of 16 will be asked to take a test even if they are asymptomatic. Any positive cases will be sequenced to find out if the person has the variant.

“It is vital that we do all we can to stop transmission of this variant and I strongly urge everyone in these areas to get tested, whether you have symptoms or not," UK Health Secretary Matt Hancock said.