Another 779,000 Americans filed for first-time unemployment benefits on a seasonally adjusted basis in the last week of January, the Labor Department said Thursday, stressing once again that the jobs recovery isn't in great shape.

Still, it was a sizable decrease in claims from the prior week. Last week's claims figure was 812,000, still several times the number during the same period last year, before the pandemic brought the nation to a standstill.

On top of regular jobless benefits, 348,912 workers filed for Pandemic Unemployment Assistance, which is available for people such as the self-employed or gig workers.

Continued claims, which count people who have filed for at least two consecutive weeks of aid, stood at 4.6 million.

January wasn't a great month for the jobs recovery, and Friday's jobs report for the month isn't expected to bring much better news.

While economists predict 50,000 jobs were added last month, a reversal from the staggering loss in December, the unemployment rate is expected to stay flat at 6.7%. It hasn't budged since November.

Denmark plans to introduce a digital "vaccine passport" in an effort to reopen society, help businesses and ease travel, the government announced Wednesday.

The scheme would initially apply to business travelers but authorities hope it could also help the country reopen, allowing Danes to go to restaurants, conferences, music festivals and sporting events -- all of which have been restricted since a nationwide lockdown was imposed in December. The current lockdown is set to last until February 28.

By the end of February, the government hopes citizens will be able to prove they have received a Covid-19 vaccination as it will be registered online.

Over the next three to four months, the "passport" could also be available on mobile phones, Acting Minister of Finance Morten Bødskov said.

Other information -- including whether or not someone tested positive for antibodies -- may come in later iterations.

Speaking alongside Danish Industry officials to the TV 2 channel on Wednesday, Bødskov said: “Denmark is still hard hit by the corona pandemic. But there are parts of Danish society that need to move forward, and a business community that needs to be able to travel."
“It is about us as a country taking advantage of the technological advantages we have. We can be among the first in the world to have it and can show it to the rest of the world,” he added.

The Director of the Danish Chamber of Commerce described it as a “light at the end of the tunnel for many companies both in the export and in the experience industry.”

“This means that we can gradually get started with the reopening of Danish society,” Brian Mikkelsen added, also speaking to TV 2.

Epidemiologist Michael Osterholm compared a UK coronavirus variant to a “Category 5 hurricane” churning off the coast, saying some strains could cause a “major surge” in new cases in the US.

“It’s going to take much more than vaccine to keep this variant at bay and not to have potentially a major surge in just the weeks ahead,” said Osterholm, director of the Center for Infectious Disease Research and Policy at the University of Minnesota.

A mutation that could allow Covid-19 to escape antibody protection has now been found in samples of a rapidly spreading strain in the UK, according to a report. Experts say it's too early to predict whether this development will impact the trajectory of Covid-19 around the world.

“I think amongst my colleagues, they would agree that this variant from the United Kingdom, which is now beginning to circulate much more widely in the United States, poses a huge challenge to us. And that in just a few weeks, we could be seeing case numbers increase very dramatically,” Osterholm said on CNN’s “New Day.”

There are approximately 4,000 mutations of Covid-19 in the world right now, according to the UK’s vaccine minister Nadhim Zahawi.

Speaking to Sky News on Thursday, Zahawi said researchers are tracking how the virus evolves and Pfizer, BioNTech, Moderna, AstraZeneca are among the manufacturers working to improve their vaccines “to make sure we are ready for any variant.”

He said: “There are about 4,000 variants around the world of Covid now. We have the largest genome sequencing industry – we have about 50% of the world’s genome sequencing industry – and we are keeping a library of all the variants so that we are ready to be able to respond, whether in the autumn or beyond, to any challenge the virus may present, and produce the next vaccine so we can always protect the United Kingdom and of course offer it to the rest of the world as well.”

Some context: Professor Ravi Gupta, Professor of Microbiology at the University of Cambridge, said UK vaccine minister was not referring to variants “as we have come to know them.”

“Rather he is referring to individual mutations," Gupta said, noting that, "many mutations emerge and disappear continuously. Scientists are using ‘variants’ to describe viruses with mutations that are transmitting in the general population – there aren’t 4,000 of those.”

Scientists are not surprised to see the coronavirus evolving but new variants first identified in the UK, Brazil and South Africa are worrisome as they appear more transmissible. Here's what we know about them.

CNN went inside the British lab helping to identify and trace the spread of variants in the UK. 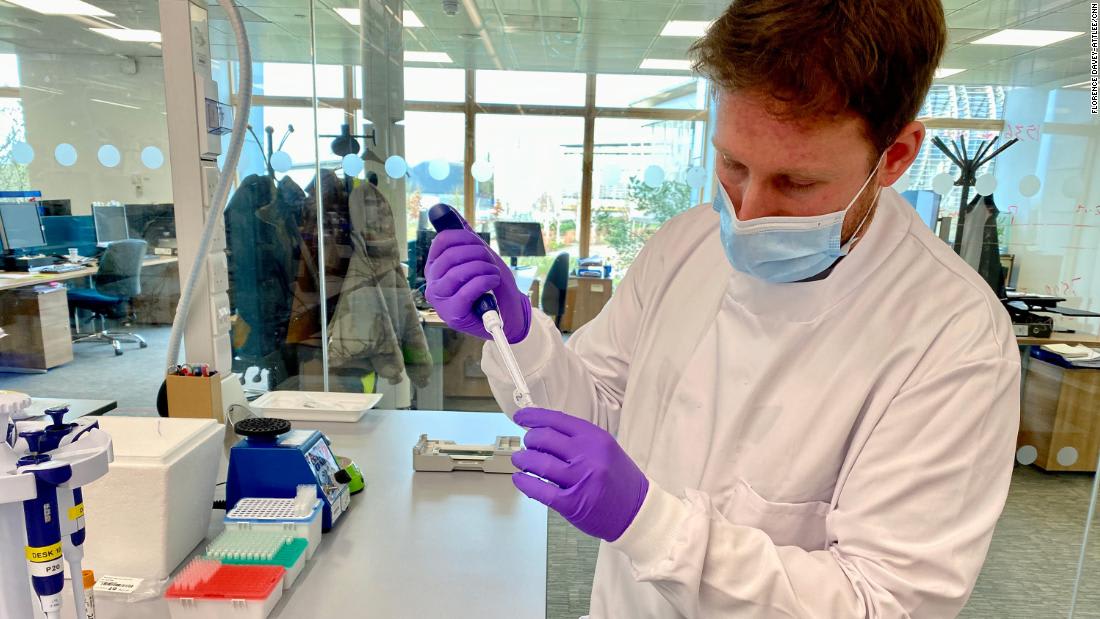 British scientists say the next dangerous Covid variant is likely already out there. We just don't know it yet

American consumers may be about to get the first standards for face masks.

The coronavirus pandemic triggered a sudden intense need for masks that had many designing makeshift masks from T-shirts and bandanas. Hundreds of new and untested products flooded the marketplace with almost no oversight or regulation.

But the Wild West of personal protection equipment is set to change.

The hope here is that Americans will have guidance as to which masks actually work. Currently in draft phase, it will go for review Wednesday by ASTM International and its Subcommittee on Respiratory Hazards, which includes representatives from academia, industry stakeholders, government agencies and independent participants. 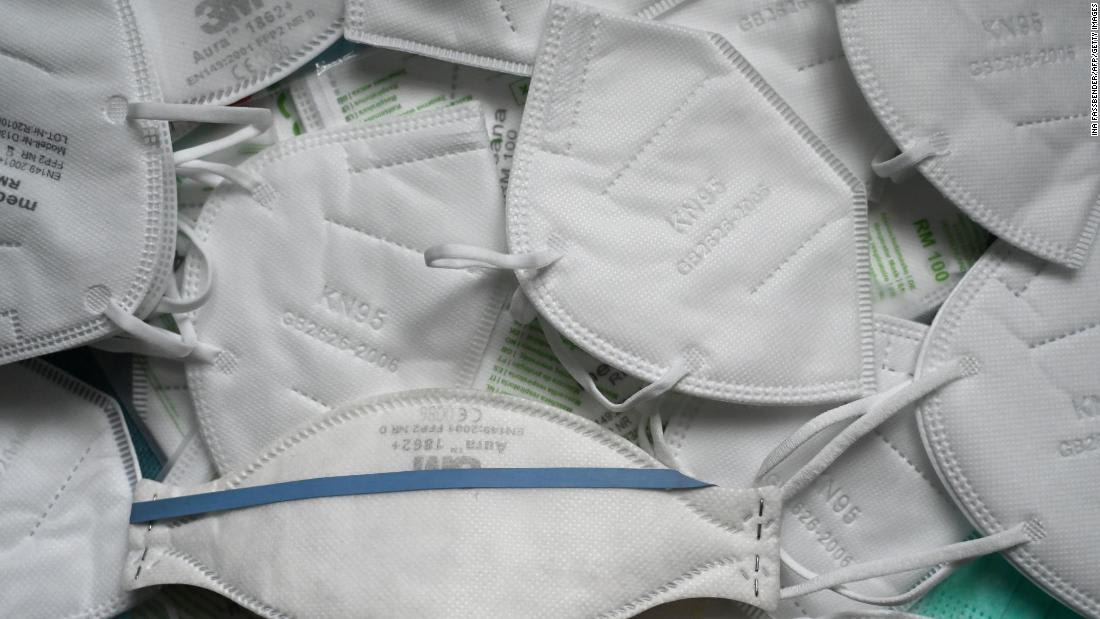 The US may soon have its first standards for consumer face masks. Are they strict enough?

The UK could see a “significant return to normality” once the country’s most vulnerable groups have been vaccinated, Scientific Advisory Group for Emergencies (SAGE) member Andrew Hayward said on Thursday.

“Once the most vulnerable people -- and particularly those over 50 and those with chronic illnesses are vaccinated -- then yes I think we can see a significant return to normality. That in addition to the fact that coronavirus is a seasonal disease, I think will make a big difference and allow us to open up and I think what we'll see is a phased opening up as the vaccination levels increase. And then we'll be more or less back to normal for the summer, I would imagine,” Hayward told BBC radio.

More than 10 million people in the UK have now received their first dose of a Covid-19 vaccine.

“It's fantastic that we vaccinated 10 million people but there's still a lot of vulnerable people yet to be vaccinated so it's too early to release just yet,” Hayward cautioned when asked about an end date for England’s current national lockdown, noting that a “continuing decline” in community cases is “the most important measure” to judge when the country could exit lockdown.

Some context: UK Health Secretary Matt Hancock said on Tuesday that the country was “on track” to offer the top four priority groups a vaccine by mid-February.

The government is expected to announce plans to ease England out of its national lockdown on February 22.

German companies expect coronavirus lockdown measures to last until the middle of September, according to a survey conducted by the country's Ifo economic institute published Thursday.

According to the survey, companies expect public life to be restricted for another seven months, the survey said, with their own businesses only returning to normal operation at the end of 2021. ''The start of vaccinations have not yet had a decisive effect," the head of the Ifo surveys, Klaus Wohlrabe, said in a written statement.

Some background: On Thursday Germany recorded 14,221 new coronavirus infections -- a drop of 3,332 cases compared to the same day last week, according to the country's main public health authority, the Robert Koch Institute (RKI). However, the country's death toll remains high, with 786 deaths registered in the last 24 hours.

Last week the RKI warned that while daily infection numbers are steadily declining, the coronavirus situation in the country remains serious due to new variants of the virus, with outbreaks still being reported across the country, particularly in care homes.

German chancellor Angela Merkel on Thursday held conversations with parents of school-age children and talked about lockdown difficulties. ''The mutations (of the coronavirus variants) are of great concern to us," Merkel said in the virtual meeting, adding that ''I would have wished something different for Germany other than the pandemic.''

All Israelis aged 16 and over are eligible to receive a coronavirus vaccine, Health Minister Yuli Edelstein said Thursday.

“Come in your masses. Take advantage of a situation which exists in almost no other country in the world. This is the only way we will beat corona -- together,” the minister said in a statement.

Israel has rapidly rolled out its vaccination campaign, and the government aims to inoculate the entire country by the end of March.

3.3 million people in Israel have received a first dose of the vaccine, of which more than 1.9 million have also received their second shot, figures from the Israeli health ministry show. Israel’s population is about 9 million.

Some 7,397 new cases were reported Wednesday, with a positivity rate on tests of 8.9%. The number of fatalities stands at 4,975.

As more people around the world get access to the coronavirus vaccines, many questions remain. Will it work? Will there be side effects? Do I need to rest after I get the vaccine? Can I hang out with my friends and family now?

CNN Medical Analyst Dr. Leana Wen, an emergency physician and visiting professor at George Washington University Milken Institute School of Public Health, says once you have secured your vaccination appointment, make sure to follow all instructions.

“Complete paperwork if there is any that you need to do in advance," she advises. "Bring all required documentation; some places ask for identification or proof of residency, so know what you need and make sure you have it."

When the day arrives to head to the appointment, Wen says it’s important that you wear a mask to minimize your exposure to coronavirus while waiting in line.

Wen says after you’ve received the shot, you may have a bit of soreness in the location where you get injected.

“Many people have no symptoms beyond that. Some develop side effects in one of two categories. First, they could have more soreness, redness and swelling at the site of the injection. Second, they could have what we call systemic symptoms, meaning that they feel something throughout their body. They may develop headache, fever, fatigue and muscle aches. These could last hours and usually go away after a day," she says. 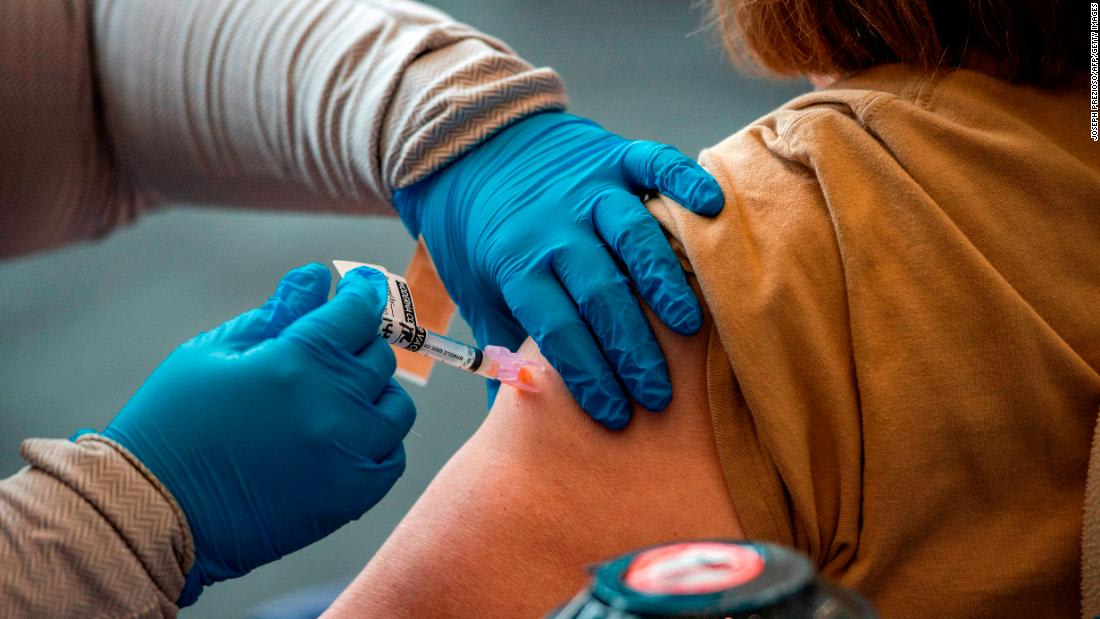 How to prepare for your Covid-19 vaccination - advice from Dr. Wen