There is some encouraging news in the fight against Covid-19 as more vaccines are being distributed and several states announced they will ease certain coronavirus restrictions amid decreasing case levels and hospitalizations, but despite the promising developments experts insist Americans need to remain cautious, especially with the arrival of differing variants in the United States.

On Thursday, Stefan Pryor, Rhode Island's Secretary of Commerce, said that starting Friday indoor dining will be allowed at 50% capacity. Catered events, he added, will allow up to 30 people indoors and 50 people outdoors with testing.

In Massachusetts, Gov. Charlie Baker said that starting Monday all businesses limited to operating within 25% capacity can raise that threshold to 40%, including restaurants.

The two states joined New Jersey, which on Wednesday announced it will ease indoor gathering limits and lift the 10 p.m. curfew for restaurants, citing decreasing Covid-19 spreading rates and hospitalization rates. Starting Friday, indoor gathering capacity limits, including for indoor dining, will be raised to 35% from 25%.

And last week, New York Gov. Andrew Cuomo announced that if the coronavirus positivity rate continued to decline -- as of Jan. 29 the rate was at 4.6%, the lowest since Nov. 28 -- the state could resume indoor dining at 25% capacity beginning February 14.

Despite the hopeful news, experts insist Americans need to remain cautious: The emergence of these virus mutations -- first detected in the United Kingdom (B.1.1.7), South Africa (B.1.351) and Brazil (P.1), respectively -- could mean another surge in cases, according to Dr. Michael Osterholm, director of the Center for Infectious Disease Research and Policy at the University of Minnesota.

"What we need to do is anticipate this is coming, and I understand this is hard for the public. They're saying give me a break, I'm tired of this. But the bottom line is we have to be prepared for what I feel is certain is coming, and that's the challenge we have right now," Osterholm said Thursday on CNN's "New Day."

It will take much more than a vaccine to "keep this variant at bay and not have potentially a major surge in just the weeks ahead," Osterholm said, referring to the UK variant. 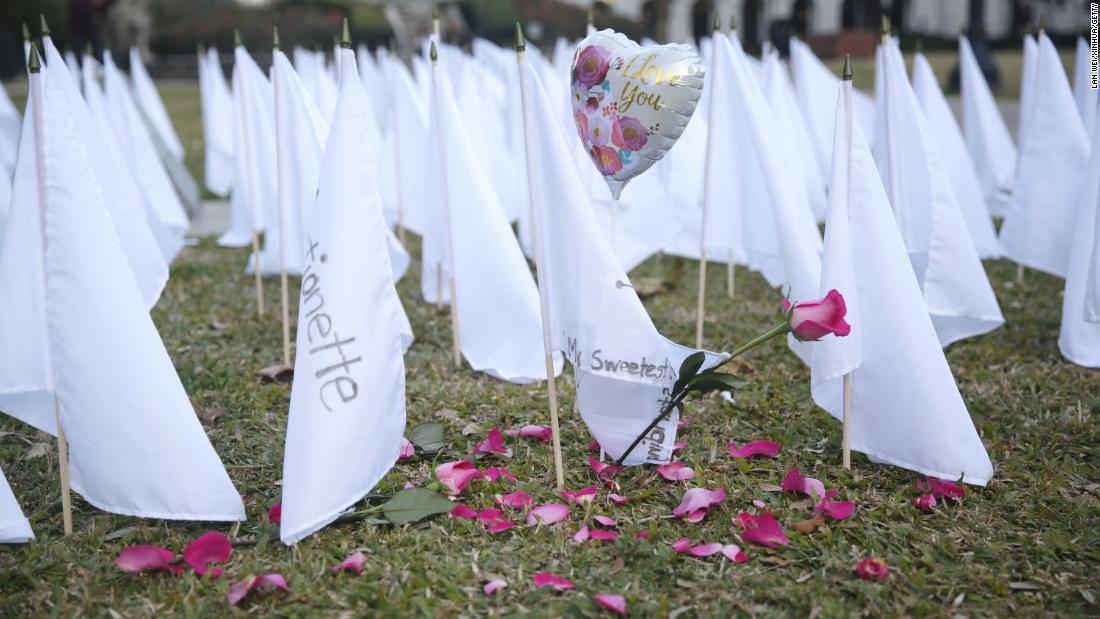 The US coronavirus death toll could reach 530,000 this month. That would be one every minute of the pandemic