More than 39 million doses of Covid-19 vaccine have been administered in the United States, according to data published Saturday by the US Centers for Disease Control and Prevention.

To note: Data published by the CDC may be delayed, and doses may not have been given on the day reported.

The NFL was able to play its entire season without any major outbreaks and there was no virus transmission between teams on the field.

The NFL “had a .08% positivity rate, one of the lowest of any…organization in the country,” Gupta said.

“They really did an incredible job of learning, testing, contact tracing, all that stuff, and then modifying as they went along,” Gupta added.

NFL commissioner Roger Goodell has committed to using each stadium as a mass vaccination site.

"The strategies that we have in place right now — keeping your face coverings on, keeping your distance from other people, washing your hands — those will protect you against the variant. You just have to do them all of the time. … We've got the tools. We just have to use them,” Ferrer told CNN while at a mass vaccination event in Los Angeles.

The site can accommodate 4,000 cars but they were only able to release 1,100 appointments, Ferrer said.

Ferrer also said that the next groups to receive the vaccine include education and child care workers, food and agricultural workers, first responders, and law enforcement. She hopes that rollout will occur in the next few weeks.

The county is “a ways away” from reopening indoor dining, she added.

New York state has administered 111,316 doses of the coronavirus vaccine over the past 24 hours, Gov. Andrew Cuomo said in a statement Saturday afternoon.

Cuomo called for additional vaccines to be delivered, as the state has administered 91% of the doses received from the federal government and “is capable of reaching many more New Yorkers than the current supply allows,” he said.

“New York's health care distribution sites have received 1,768,135 first doses and already administered 91% or 1,602,686 first-dose vaccinations and 78% of first and second doses,” Cuomo said, adding that the eighth week of allocation of vaccines from the federal government continues to be delivered this week.

A Florida lawmaker is looking to address the so-called “Covid slide” in education by introducing a bill that would allow parents to let their children repeat a grade.

The bill would let parents for kids in grades kindergarten through eighth-grade file a request before June 30 to repeat the academic year, “without anyone asking any questions,” Florida state Sen. Lori Berman told CNN.

Studies show that students’ academic performance — particularly for Black, Hispanic and poor students — has suffered due to the coronavirus pandemic.

Berman called the bill “a method of last resort.”

“It’s a really serious decision, and we’re going to try to give parents information so that they can make this choice, that is a one-time choice based on the pandemic and will be pretty much irreversible once they make that decision,” she said.

In his first “fireside chat” video, President Biden spoke to a woman who lost her job due to the pandemic, offering her solace but also using the interaction to highlight the importance of his Covid-19 relief plan.

“Working is a part of who you are. Like my dad used to say, a job is about a lot more than a paycheck. It’s about your dignity. It’s about your respect. It’s about your place in the community,” Biden told the woman, who was identified in the video as Michele from California. “I’ve been saying a long time the idea that we think we can keep businesses open and moving and thriving without this pandemic is just a nonstarter. We’re putting together a plan that provides for emergency relief to people who are in desperate need now."

In the video, Michele said she was laid off for the first time in her life this July and wrote a letter to Biden to tell him how she felt and shortly after she received the phone call from him.

Biden also spoke about getting 100 million shots in his first 100 days to which Michele excitedly said she “finally” got her parents appointments.

Some background: The White House announced Friday plans to bring back the tradition of weekly presidential addresses to the American people, continuing in the tradition of President Franklin D. Roosevelt's fireside chats.

"This is a time-honored tradition in the country of hearing from the President in this way, from FDR's Fireside Chats to Ronald Reagan establishing the weekly presidential radio address," White House press secretary Jen Psaki told reporters Friday. "President (Joe) Biden will continue that tradition, and we expect it to take on a variety of forms."

The Netherlands has passed the mark of a million confirmed Covid-19 since the pandemic began, according to numbers by the Dutch National Institute for Public Health and the Environment (RIVM) on Saturday.

When Patricia Dowd passed away last February, no one knew it was from Covid-19.

She was 57 and very active, her brother said. Dowd had come down with flu-like symptoms but didn't qualify for a Covid-19 test because they were scarce and restricted at the time.

On February 6, Dowd died suddenly after her heart ruptured.

Months later, a tissue sample and testing helped confirm her death was caused by Covid-19 -- marking the first known Covid-19 death in the US.

In the year since, more than 450,000 other families have suffered the shock and devastation of losing a loved one to coronavirus.

Here are some of their stories: 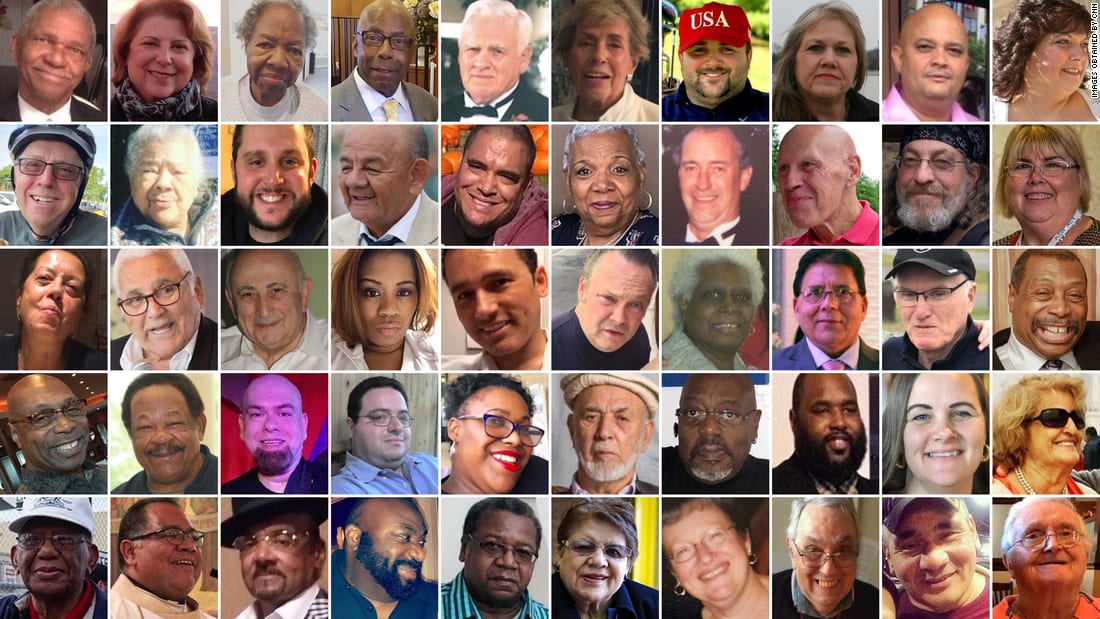 1 year after the first known US coronavirus death, over 450,000 families will never see a loved one again

Take a passing glance at Dubai, and you may think life is back to normal. In recent weeks, the bustling city has been a sparkling attraction for tourists, especially from Europe, trying to escape the brutal winter and strict coronavirus lockdowns.

But as tens of thousands of visitors flocked there during its peak year-end season, the virus inevitably caught up with the city despite precautions aimed at limiting its spread. Cases began to rise, nearly quadrupling since November.
Even as Covid-19 gained a stronger foothold, the images out of Dubai -- particularly from the Instagram feeds of influencers or celebrities -- painted an image of a wide-open winter sun paradise.

For those back home in countries such as the UK, where most people are being told they cannot travel abroad because of the risk to health, these pictures caused consternation, drawing criticism of those enjoying themselves. 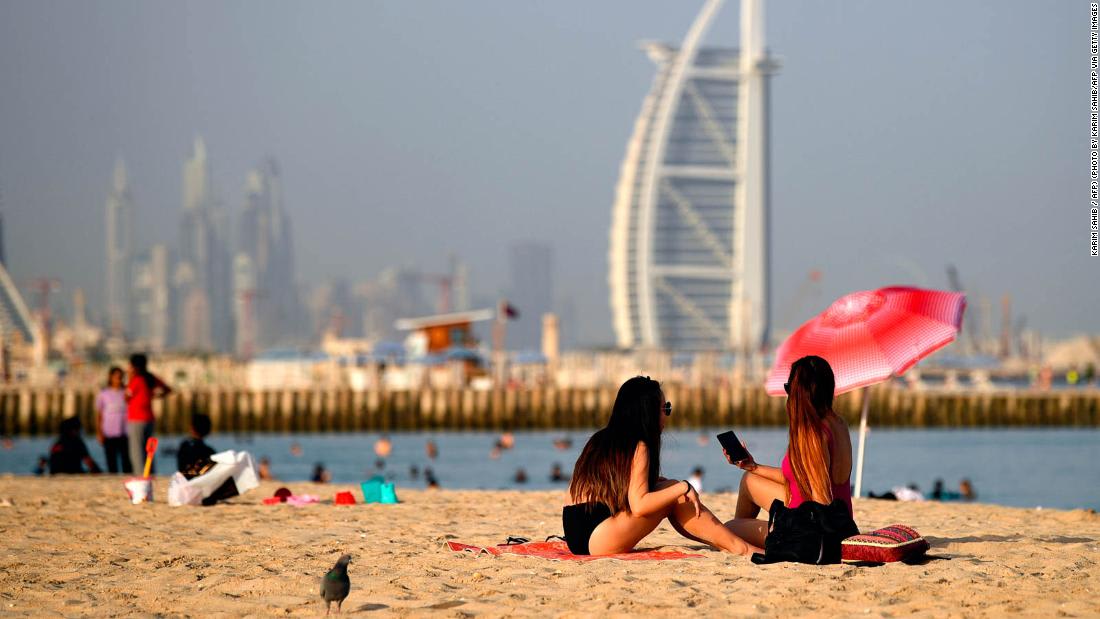 How Dubai is paying the price for letting in tourists