At least 64,194 new cases of Covid-19 and 1,084 pandemic-related deaths were reported in the United States on Sunday, according to Johns Hopkins University's tally of cases.

Vaccine update: At least 70,057,800 vaccine doses have been distributed and at least 52,884,356 doses of vaccine have been administered to people, according to the US Centers for Disease Control and Prevention.

People traveling to England who have spent time in "high risk destinations" must now quarantine at a government-managed facility upon their arrival.

The new policy went into effect on Monday for anyone who has been to a country on the UK’s so-called "red list" in the past 10 days, according to a statement from the UK’s Department of Health and Social Care. The list includes 33 hotspots with Covid-19 variants in circulation.

The statement said that the government has made deals with 16 hotels to date, providing 4,963 rooms for the new quarantine system. A further 58,000 rooms are on standby, it said.

Those traveling to England from everywhere else must quarantine for 10 days at home and take Covid-19 tests on the second and eighth days after their arrivals.

The government has tough measures already in place requiring all travelers into the UK, from any location, to provide proof of a negative Covid-19 test taken no more than three days before departure, it said.

The new, tougher quarantine restrictions carry heavier fines and penalties with potential prison sentences of up to 10 years.

An earlier version of this post inaccurately characterized England’s new border policy as applicable to all of the UK. This has been corrected.

New Zealand and Australia both received their first batches of the Covid-19 vaccines made by Pfizer, their leaders said Monday.

Australian Prime Minister Scott Morrison's office said the country received more than 142,000 doses, 80,000 of which will be released starting February 22. Approximately 50,000 will go to states and territories frontline quarantine and health workers, and 30,000 will go to aged care, disability care residents and health care workers.

“The vaccine has landed, and we’re stepping up our fight against the pandemic,” he said.

Border staff first in New Zealand: Ardern said authorities expect to start offering the vaccines to border staff and those who work in quarantine or isolation facilities starting on Saturday.

During the course of the week, the vaccine will be tested for quality assurance and once the safety check is complete, doses will be released to start the first phase of the vaccination program.

“We expect to vaccinate all border workers within a two- to three-week period followed by their household contacts,” Ardern said.

The wider population will be vaccinated in the second half of the year due to supply constraints.

Ardern said New Zealand has purchased enough vaccines to cover all residents without charge, regardless of visa status.

The move comes after New Zealand imposed a three-day lockdown in its most populous city, Auckland, after three new locally-transmitted Covid-19 cases were reported on Saturday. All three are the UK variant.

Researchers said Sunday they have identified a batch of similar troubling mutations in coronavirus samples circulating in the United States. They've not only drawn attention to them, they've come up with a better shorthand for referring to them. They've named them after birds.

The mutations all affect the same stretch of the spike protein -- the knob-like extension on the outside of the virus that it uses to dock onto the cells it infects, the researchers wrote in a pre-print report. It's not peer reviewed yet, but researchers are rushing such findings online to share them quickly with other experts.

The genetic stretch that is mutated, or changed, is called 677. The various changes are so similar that the researchers think evolution favors these particular variants. And it's in a troubling place, said Vaughn Cooper, director of the Center for Evolutionary Biology and Medicine at the University of Pittsburgh School of Medicine, who worked on the study.

"This stretch of Spike is important because of its proximity to a region key for virulence," Cooper told CNN via email. "We actually think these mutations are relatively rare (compared to other types of mutation), but they are disproportionately selected when then occur," he added. 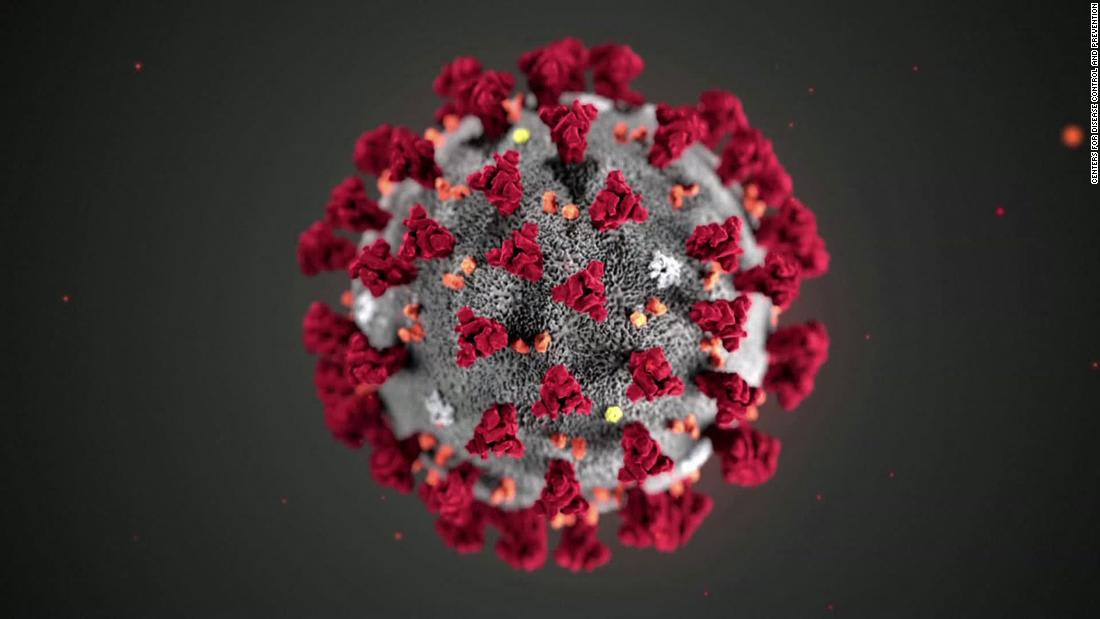 Batch of homegrown coronavirus mutations seen in US

Two of the three new Covid-19 cases that sent the New Zealand city of Auckland into lockdown are confirmed to be variant of the virus first detected in the UK.

The three local Covid-19 cases announced on Sunday are a mother, father and daughter from the same South Auckland household, Director-General of Health Dr. Ashley Bloomfield said Sunday at a news conference. Prime Minister Jacinda Ardern said one of the trio works in a facility that does the laundry for airlines.

Auckland Mayor Phil Goff told CNN authorities believe the individual's employment may be "the connection" to the virus.

Those cases prompted authorities to enact a three-day lockdown for all of Auckland, a city of about 1.5 million people and the country's biggest population center, starting Sunday at 11:59 p.m.

"We have been dealing with more transmissible versions, mutations of Covid-19. We are wanting to be very cautious. So that's why we've taken this very cautious approach," Ardern said. "What we want people to do is stay home. And so for the next 72 hours if you're in Auckland, please stay home."

"The government made the decision, consulting with us in Auckland, that we should respond in the same way this time," he said. "So after a beautiful weekend of watching the America's Cup yacht races, and people enjoying the sunshine and the beaches and the parks and at the festivals, suddenly we're in a 72-hour lockdown."

Goff said 6,000 to 7,000 people will now be tested for the virus, and if those tests come back clean, authorities may be able to lift the new stringent measures.

No new cases were reported Monday, the country’s Ministry of Health said in a statement

Nearly 53 million doses of Covid-19 vaccine have been administered in the United States, according to data published Sunday by the US Centers for Disease Control and Prevention.

That’s about 2 million more administered doses reported since Saturday, for a seven-day average of about 1.6 million doses per day.

Remember: Data published by the CDC may be delayed, and doses may not have been given on the day reported.