A 53-year-old nurse became the first person in El Salvador to be vaccinated against Covid-19 on Wednesday.

Mirna Moreno has been a nurse for 24 years and has preexisting conditions, according to the office of the President of El Salvador.

El Salvador received its first 20,000 doses of the AstraZeneca vaccine Wednesday which, according to the government, is enough to vaccinate all the country's front-line health workers fighting the virus.

El Salvador has had recorded 58,023 cases of Covid-19 and 1,758 virus-related fatalities, according to data from Johns Hopkins University.

Even though the United States will have enough Covid-19 vaccines for all Americans by at least the end of July, it may take an additional couple of months to get everyone vaccinated, according to Dr. Anthony Fauci.

Fauci, who is director of the National Institute of Allergy and Infectious Diseases, said the US needs "about 600 million doses" to vaccinate the entire population.

"How long it will take to vaccinate people will really depend upon the efficiency with which you get doses into people's arms," Fauci told CNN's Anderson Cooper on Wednesday.

Countdown to herd immunity: Fauci said he believes between 70% and 85% of the population may need to get immunized against coronavirus for herd immunity to take effect.

"I hope that by the time we get to that point, whereas the President said, we have enough available for anyone who wants it, that people come forward and we actually do vaccinate that 70 to 85% of the population, which hopefully will get us to the point of herd immunity," he said.

New York Mayor Bill de Blasio called the city's vaccine supply shortage “outrageous,” and he called upon pharmaceutical companies to "step up and give us the doses we need."

Two vaccination sites were expecting doses to arrive in the coming days, but shipments were delayed by winter storms. Both locations originally planned to open on Thursday, de Blasio said.

“I cannot be clearer: we have the infrastructure in place to deliver half a million doses per week,” de Blasio said. “All that’s missing is the supply to get it done. We need our the pharmaceutical companies to step-up and give us the doses we need to vaccinate the people of our city. There is not a moment to waste.”

White House officials stressed Wednesday that while they do not believe teachers need to be vaccinated to reopen schools, they think teachers should be prioritized for vaccinations like frontline workers.

"Even though we don't feel that every teacher needs to be vaccinated before you can open a school, that doesn't take away from the fact that we strongly support the vaccination of teachers," Dr. Anthony Fauci, the nation's top infectious disease expert, said during a White House briefing.

The White House has continued to clarify its position on when and how schools should safely reopen, an issue that has become a national flashpoint since the coronavirus pandemic forced many classes online.

The comments from White House officials come after President Joe Biden and Vice President Kamala Harris both did not answer directly whether they believe teachers should be vaccinated before reopening schools when recently asked.

The US Center for Disease Control and Prevention (CDC) guidelines released last week suggest it is not mandatory for teachers to be vaccinated to resume in-person learning, but they include a range of mitigation steps along with vaccinations like smaller class room sizes, sanitization and social distancing. 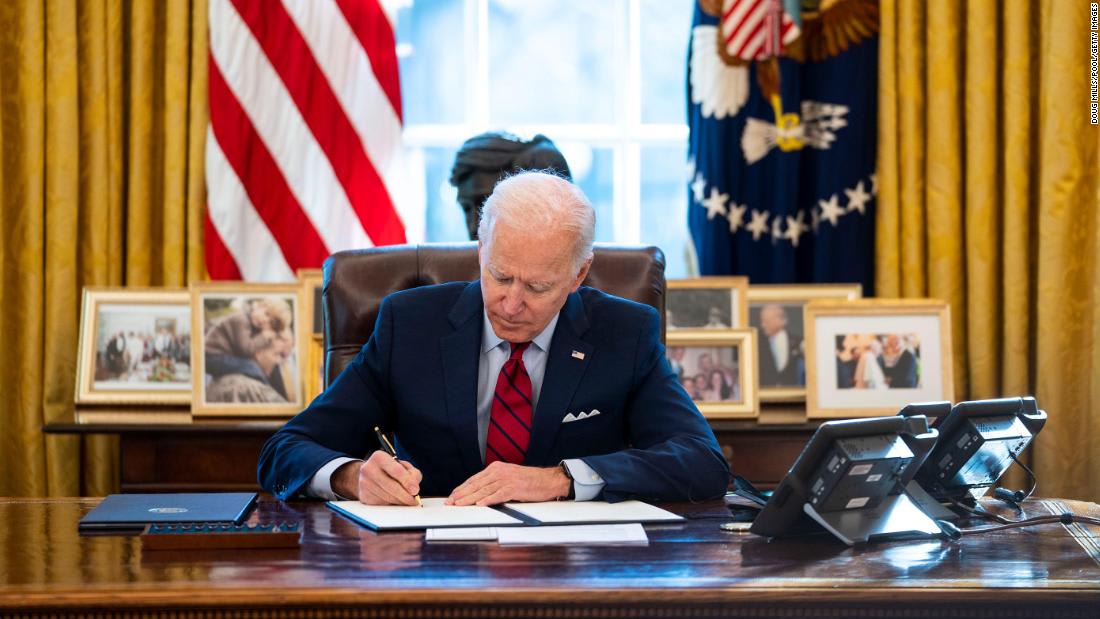 White House says teacher vaccinations are 'not a requirement to reopen'

Covid-19 infections in England have fallen by more than two-thirds in recent weeks, initial findings from a survey on community prevalence show.

The interim findings from the ninth report of REACT-1, a study into Covid-19 infections in England, were released Thursday by Imperial College London.

More than 85,400 volunteers were tested with throat and nose swabs in England between February 4 and 13 to examine the levels of infection in the general population.

The findings show national prevalence fell by two thirds — from 1.57% to 0.51%, or 51 per 10,000 infected. This is a significant decline in infections compared to the last report from January 6 to 22. England entered its third national lockdown of the pandemic on January. 6.

“These encouraging results show that lockdown measures are effectively bringing infections down. It’s reassuring that the reduction in numbers of infections occurred in all ages and in most regions across the country,” Paul Elliott, director of the program at Imperial, said in a statement.

The decline in prevalence was larger in some regions, in particular in London where it fell from 2.83% to 0.54% since the last report.

“In London, South East and West Midlands, prevalence fell by around 80%, although declines were smaller in the northern regions,” the Imperial report says.

Prevalence fell substantially across all age groups with highest prevalence among 18- to 24-year-olds at 0.89% and those between the ages of 5 and 12 at 0.86%, the report adds. The report concludes that although there is a " strong decline" in prevalence of coronavirus in England among the general population five to six weeks into lockdown, it still remains high — "at levels similar to those observed in late September 2020."

There are also still more people hospitalized with Covid-19 than at the peak of the first wave in April 2020.

The UK began its mass vaccination campaign in December, offering nearly all people over 70 a vaccine during January and February. It has now given more than 15 million people a first dose.

“The fall in prevalence was similar among those aged 65 years and over compared with other age groups, suggesting that if vaccines are effective at reducing transmission as well as disease, this effect is not yet a major driver of prevalence trends. Therefore, the observed falls described here are most likely due to reduced social interactions during lockdown,” the report reads.

“We do not yet know whether being vaccinated stops someone from passing the virus on to others,” England’s Department of Health added.

However, on Tuesday the UK Office for National Statistics reported almost 41% of over-80s in England tested positive for antibodies "most likely due to the high vaccination rate in this group.”

High school basketball and football teams in Nevada are being given the green light to play for the first time since the pandemic began, Gov. Steve Sisolak announced Wednesday.

“Full-contact sports regulated and governed by the Nevada Interscholastic Activities Association (NIAA) may resume practice and competitions if social distancing and all new requirements can be met,” the governor said.

Under Sisolak’s order, the NIAA must develop a Covid-19 plan that includes mandatory weekly testing for all coaches, staff and players. Non-institutional sports associations, like club leagues and park programs, are still prohibited from having full-contact sports, which also includes wrestling.

Sisolak also announced that school that have been open to students for at least 20 days can increase their capacity from 50% to 75% starting Thursday. School bus capacity is increasing to 66% to allow more children to attend in-person.

Bars and breweries in New Orleans, Louisiana, can open to 25% capacity starting on Friday, the city said in a news release.

They will be allowed to operate indoors at 25% capacity as long as the positivity rate in Orleans Parish remains below 5%. Bars can only be open from 8 a.m. to 11 p.m., the release said.

Since the city reentered a modified phase on Jan. 29, Covid-19 case counts, the positivity rate, and transmission rate have all decreased, allowing for further easing of some restrictions.

The league reports 454 players were tested since Feb. 10.

According to the NBA, 30 NBA games have been postponed this season as a result of the league's health and safety protocols.

Researchers have observed the coronavirus mutates faster in immunocompromised people, which may provide a clue to how current virus variants emerged, Sharon Peacock, director of the Covid-19 Genomics UK Consortium, a group working on Covid-19 virus sequencing in the UK said Wednesday.

In an interview hosted by the US Chamber of Commerce Forum, Peacock explained that it's natural for viruses to mutate, and most mutations are insignificant. However, some mutations seen in variants first identified in the UK and South Africa, can make the virus more infectious.

Peacock said that over the course of the last year, the consortium has observed Covid-19 mutating about once every two weeks.

“What we've observed is that sometimes the virus will actually make a big leap in its evolution, particularly in people who've got a simmering infection, people who are immunocompromised that can't shake off their infection as well as other people,” she said. “And in that circumstance, we see the virus actually mutating at a faster rate.”

“We’ve reached a point where we've seen specific individuals in which the virus has actually adapted and changes quite significantly over the course of weeks or months in any single person,” she added. “It may be the origin of some of the variants that we're seeing now.”

She noted that more research is needed to fully understand how Covid-19 virus variants emerged.