Air travel levels are the highest they have been since the holidays. New TSA numbers show almost 1.3 million people were screened at airports on Sunday — the highest since Jan. 3.

The new number, 1,277,719, comes on a non-holiday weekend. In pre-pandemic times, air travel would typically tick up in March following a lethargic February, but this could be a sign of rising demand as more people are vaccinated for Covid-19. Experts did anticipate an uptick in pandemic air travel for spring break trips.

“It’s a nice sign. It’s nice to see those numbers. Obviously, TSA is seeing it. We’re seeing it as well, but we need to see more of it to really say that we’re in that full recovery mode,” American Airlines COO David Seymour told CNN last week.

Speaking to German newspaper “Stuttgarter Nachrichten,” on Sunday, von der Leyen said that "science has virtually overtaken industry with its record time in vaccine development," and that "we all underestimated that ramping up stable mass production involves considerable risks."

"Eliminating bottlenecks in raw materials or in supply chains as quickly as possible was harder and bumpier than expected. That's why it was very slow at the beginning. Things have improved significantly. In January, around 20 million doses were delivered, in February around 30, and for March we expect around 50. From April, according to the manufacturers' plans, volumes could double again, partly because further vaccines are about to be approved," she said.

“The lesson from all this is, we need to have production capacity on hand for pandemics. And cohesion in a crisis is important. I can't even imagine how things would look in Europe today if a few large countries now perhaps had vaccines and most of the smaller member states had been left empty-handed for the time being," she said.

"That would have torn Europe apart and destroyed the single market on which we all live," she said, adding: "That's why I remain deeply convinced that the European approach was the right one."

"After feeling mild symptoms similar to those symptoms with the Covid-19 virus, Mr. President Bashar al-Assad and his wife Asma al-Assad conducted a PCR examination, and the result showed that they were infected with the virus,” the statement said.

“They are in good health and in stable condition, and they will continue their work during their home quarantine period that will last for two or three weeks,” the statement added Ikharbiya said.

The country has recorded 1,063 deaths and 15,981 cases from the virus so far, according to data by Johns Hopkins University.

As Belgium begins to lift some of its lockdown restrictions, Prime Minister Alexander De Croo has stressed that vaccinations remain a key to exiting the pandemic.

“It is abundantly clear that vaccination remains crucial,” De Croo said on Friday, when he announced the plan to exit lockdown.

From March 8, people can meet with up to 10 others outside, but social distancing measures still need to be adhered to and faces mask must continue to be worn.

The Prime Ministers comments on the importance of the vaccine rollout come as the Belgian Order of Physicians – a body that all doctors must be registered with in order to practice medicine -- has warned it will take a stricter approach to doctors who question the effect of coronavirus vaccines.

Doctors will face “severe action against spreading information, mostly by way of social media, which does not comply with the current state of scientific knowledge,” the order's Vice-President Dr. Michel Deneyer told CNN on Friday.

Dr. Deneyer warned that “disinformation may have disastrous consequences" and that “it is beyond doubt that doctors have to collaborate for the planned vaccination program.”

The success of Belgium’s vaccination campaign and achieving the national target of vaccinating 70% of the adult population, “depends highly on the (lasting) trust of the population and of the medical corps,” he said.

“The population has great faith in the family doctor, in the pharmacist, in the experts. Their advice is followed," Deneyer added.

Any doctor found spreading disinformation will face a disciplinary hearing before one of the order's ten local "provincial Councils” and risks up to two months suspension, he explained.

Deneyer said that “a few physicians” had already been suspended, but was unable to confirm exact numbers, citing confidentially.

One in three destinations worldwide are now completely closed to international tourism, according to a new report from the UN’s World Tourism Organization (UNWTO).

The ninth UNWTO Travel Restrictions Report, published Monday, said that the emergence of new Covid-19 variants has “prompted many governments to reverse efforts to ease restrictions on travel, with total closures to tourists most prevalent in Asia and the Pacific and Europe.”

The report presents a comprehensive overview of the regulations in place in 217 worldwide destinations.

2020 was the worst year on record for global tourism, with international arrivals dropping by 74%, according to data published by the UNWTO in January.

There were 1 billion fewer international arrivals at global destinations in 2020 than in the previous year, due to an "unprecedented fall in demand and widespread travel restrictions," it said.

Once one of the world's most powerful travel documents, the might of the United States passport has been diminished during the pandemic. With US Covid-19 cases near the 29 million mark, some nations continue to view American vacationers warily.

Here's an alphabetical list of countries and territories where it's still possible for US passport holders to go for a vacation:

The following countries had been allowing US citizens to enter but have closed again or were removed by CNN Travel for other reasons: 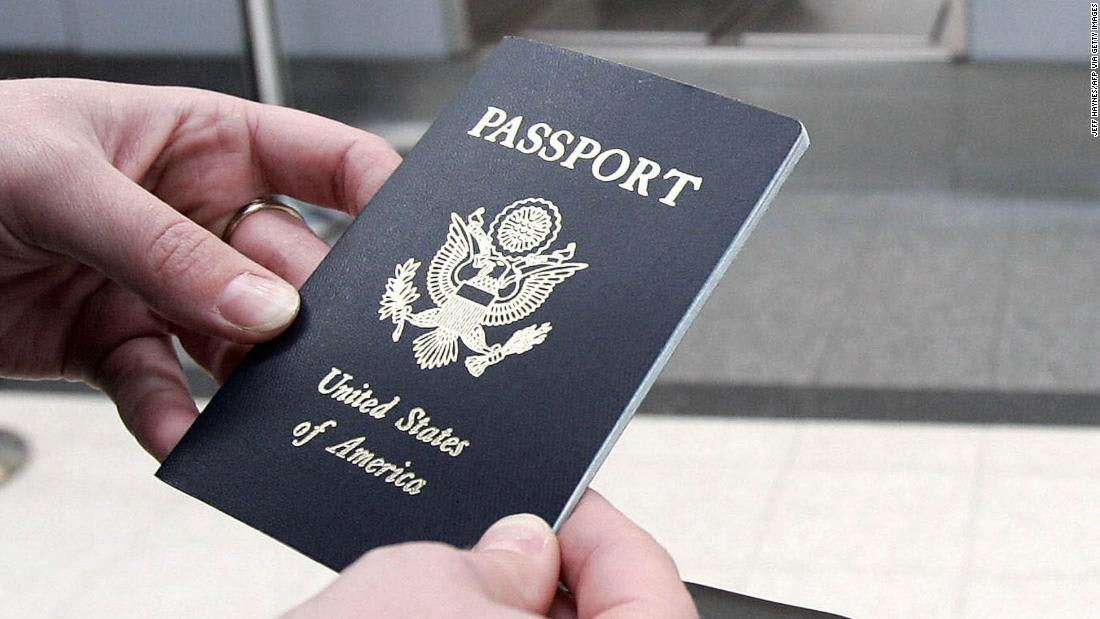 Find out which countries are welcoming US tourists back

Joe Biden is on the cusp of a presidency-defining first 100 days victory and tens of millions of Americans could soon get stimulus checks as the $1.9 trillion Covid-19 rescue bill heads back to the House for a final vote.

After a weekend of high Washington drama, in which the President intervened to keep moderate West Virginia Sen. Joe Manchin in line with his fellow Democrats and preserve their tiny Senate margin, Biden hopes to sign the massive bill into law this week.

That will depend, however, on House Speaker Nancy Pelosi preserving her own narrow margin to pass the bill ahead of an expected House vote on Tuesday. Progressive Democrats are disappointed by the removal of a minimum wage hike in the Senate version of the package passed on Saturday and the narrowed scope of unemployment payments.

It would enshrine one of the boldest deployments of federal power to alleviate the plight of the poorest Americans in at least a generation, and would invite comparisons between Biden and great reforming Democratic presidents of the 20th century, on a crisis measure uniformly opposed by Republicans. 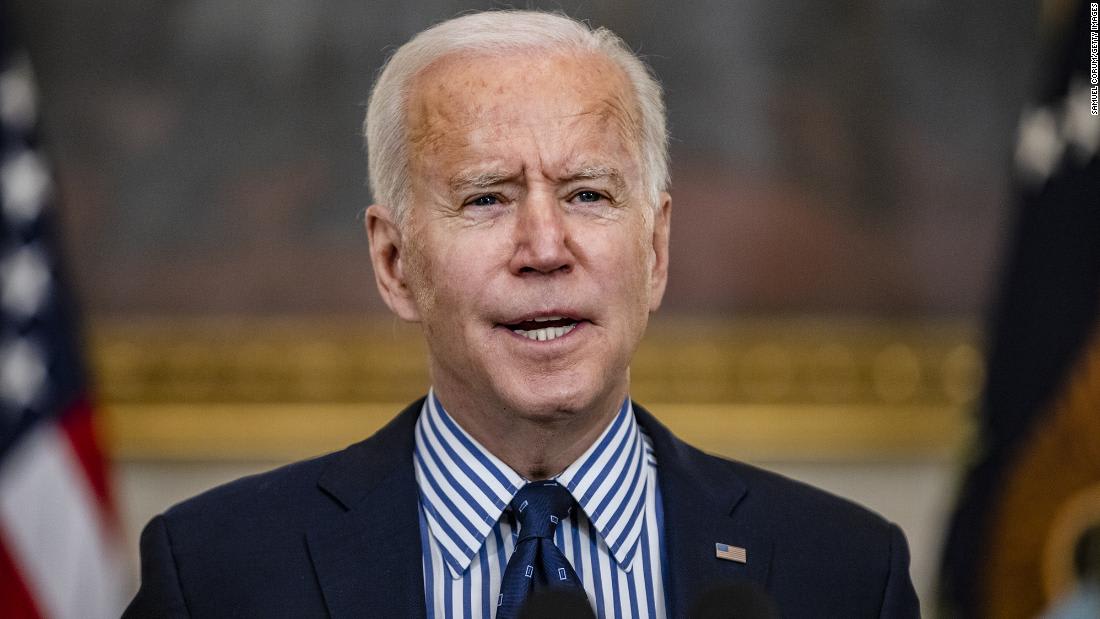 Analysis: Biden eyes big win that will send checks to millions of Americans

The grim news comes after a week in which the country also marked its highest daily death toll. On Wednesday, Brazil recorded 1,910 deaths, according to the health ministry -- its highest number since the outbreak began.

Sunday’s reported daily death toll was 1,086, the health ministry announced. Since the epidemic began, Brazil has confirmed a total of 11,019,344 virus cases.

Public and private intensive care units are near or at capacity across the country, with one-third at the edge of collapse at more than 90% capacity, according to federal and state data.

The "spring sprout" program will see China set up vaccination stations "to administer Chinese vaccines for our compatriots in surrounding countries," Wang said in a news conference.

Wang added that China will also roll out health certificates for international travelers.

"We will take care to fully protect personal privacy, and contribute to the mutual recognition of nucleic acid test results and vaccination records, thus facilitating safe and orderly flow of personnel," he said.