In the second half of 2020, Republican-led states had higher Covid-19 case rates and death rates than Democrat-led states, according to a study published in the American Journal of Preventive Medicine on Tuesday.

At their peak differences, case rates and deaths rates in Republican-led states were about 1.8 times higher than those in Democrat-led states. Those peaks occurred on June 28 for case rates and August 5 for death rates, but these trends stayed consistent through mid-December. The study analyzed cases and deaths reported by The COVID Tracking Project from March 15 through Dec. 15, 2020.

Democrat-led states — such as New York and California — were early entry points for Covid-19, perhaps contributing to higher incidence rates early on, according to the study authors. But the reversal in trends “may reflect policy difference that could have facilitated the spread of the virus,” they say.

“Governors’ party affiliation may have contributed to a range of policy decisions that, together, influenced the spread of the virus,” said Sara Benjamin-Neelon, senior study author and professor at Johns Hopkins University. “These findings underscore the need for state policy actions that are guided by public health considerations rather than by partisan politics.”

Other studies have found that Republican governors were slower to adopt both mask mandates and stay-at home orders, and stay-at-home orders typically lasted longer under Democratic governors.

While the analysis was adjusted for rurality, the study notes that “the findings could reflect the virus’s spread from urban to rural areas.”

Also, the findings do not imply that political affiliation of a state leader was a cause of Covid-19 case or death incidence.

Rates of depression, anxiety and PTSD in health care workers during the Covid-19 pandemic were significantly higher than what’s expected in the general public, according to a study published Wednesday in the journal PLOS ONE.

The study found more than 21% of health care workers have symptoms consistent with depression, compared with estimated rates of 4.4% in the general global population, according to the World Health Organization. The study found 22% of health care workers experienced anxiety and 21.5% experienced PTSD, compared with estimated global rates of about 3.6% for anxiety disorders including PTSD.

Researchers Yufei Li, Nathaniel Scherer and others at the London School of Hygiene & Tropical Medicine analyzed existing studies on depression, anxiety and PTSD in health care workers published or posted between December 2019 and August 2020. In total, 65 studies spanning 21 countries and nearly 100,000 health care workers were included in the analysis. The study included literature in both English and Chinese and is the largest of its kind to date, the researchers said.

“Our findings present concerning outlook for health care workers,” the researchers said. “A group continually needed at the forefront of action against COVID-19, and at continued risk of associated psychological stressors.”

“Fears for personal safety, high workload (particularly for those treating infected patients) and limited support may have contributed to fatigue, burnout and stress among healthcare workers,” the researchers said. “Although separate constructs, burnout and stress are associated with co-morbid psychological outcomes, including common mental health disorders, such as depression and anxiety.”

“The evidence is clear, those with mental health disorders are more likely to experience excess morbidity and premature mortality, as well as negative impacts across work, education and community life,” they wrote. “The response from policy makers and service providers must be decisive and swift, addressing mental health concerns in this group, before long-term health and social impacts are realized.”

Nearly 96 million doses of Covid-19 vaccine have been administered in the United States, according to data published Wednesday by the US Centers for Disease Control and Prevention.

Note: Data published by the CDC may be delayed, and doses may not have been given on the day reported.

"It has never been more urgent and critical for schools to reopen," UNICEF Chief of Education Robert Jenkins said in a video posted on UNICEF's Facebook page Wednesday.

Schools for more than 168 million children worldwide have been closed for almost a year amid the coronavirus pandemic, according to UNICEF. That's based on data from March 2020 to February 2021.

"We are calling for all schools to be the first to open as societies reopen, but also for actions to be taken so that schools open safely. Prolonged school closures have disproportionately impacted the most vulnerable. Girls are particularly at risk. Children living in marginalized communities, remote locations, living in poor households are facing particular challenges due to their schools being closed," Jenkins said.

He added that children are falling further behind and the longer they're out of the classroom, the more likely they are to never return to school.

Earlier this month US President Biden announced he is directing all states to prioritize vaccinating school staff and child care workers.

Read about where schools are reopening in the US: 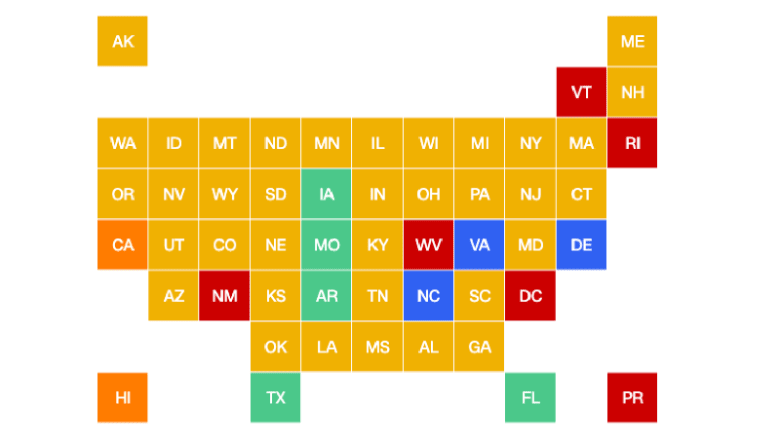 Map: Where schools are reopening in the US

Angola is the latest country in Africa to kick off Covid-19 vaccines Wednesday. The first batch of 624,000 AstraZeneca vaccines were delivered through COVAX last week, the World Health Organization Africa Region said in a tweet.

At least 10 countries in Africa have now started coronavirus shots.

Nigeria, the most populous country in Africa recently received the first batch of Covid-19 vaccines.

“It is a feeling of relief and elation that at last we are joining the community of nations who can vaccinate their citizens against COVID-19 disease which has been raging across the world. We have to some extent lagged but are relieved that we can now start vaccinating our citizens," Nigeria’s Minister of Health Dr Osagie Ehanire said in a WHO press release Monday.

There are more than 3.9 million cases of coronavirus on the African continent, with 106,000 total deaths, WHO Africa Region reported Wednesday. South Africa, Nigeria, Algeria, Ethiopia and Kenya have some of the highest cases.

Authorities want to assure Africans that the vaccine is effective and safe. 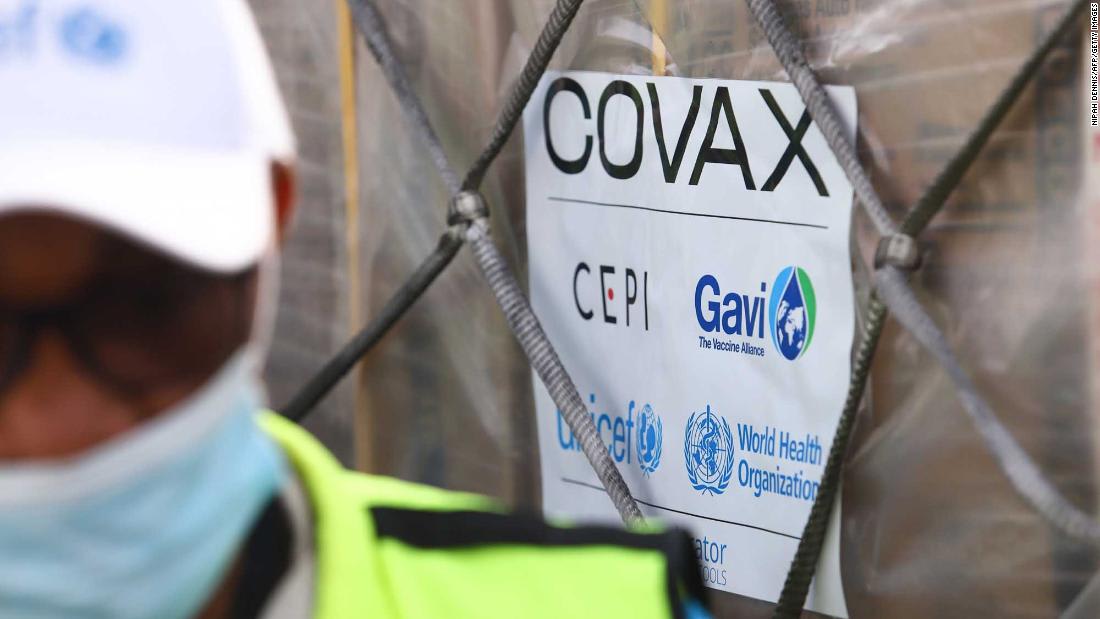 COVAX offers hope of vaccine equality with roll out across Africa

You have to spend 14 days in quarantine if you want to visit Thailand, so you may as well spend it on a yacht. The Tourism Authority of Thailand is trying to attract yacht travelers to Phuket as the country reopens to visitors: The catch-you have to bring your own yacht.

Travelers will be tested by Thai authorities and then be given a digital health tracker.

The tracker will allow medical officials to monitor their pulse, blood pressure and body temperature in real time.

Visitors have to wear the tracker at all times and remain within 10 kilometers (about 6 miles) of the shore, but are otherwise free to spend the 14-day quarantine period as they wish.

Once that period has elapsed, officials will analyze the data and allow travelers to disembark in Phuket.

A version of the yacht quarantine scheme was launched in October 2020, but the "digital project could attract more than 100 yachts and 300 to 500 visitors during 2021," according a press release.

Read more about the yacht quarantine: 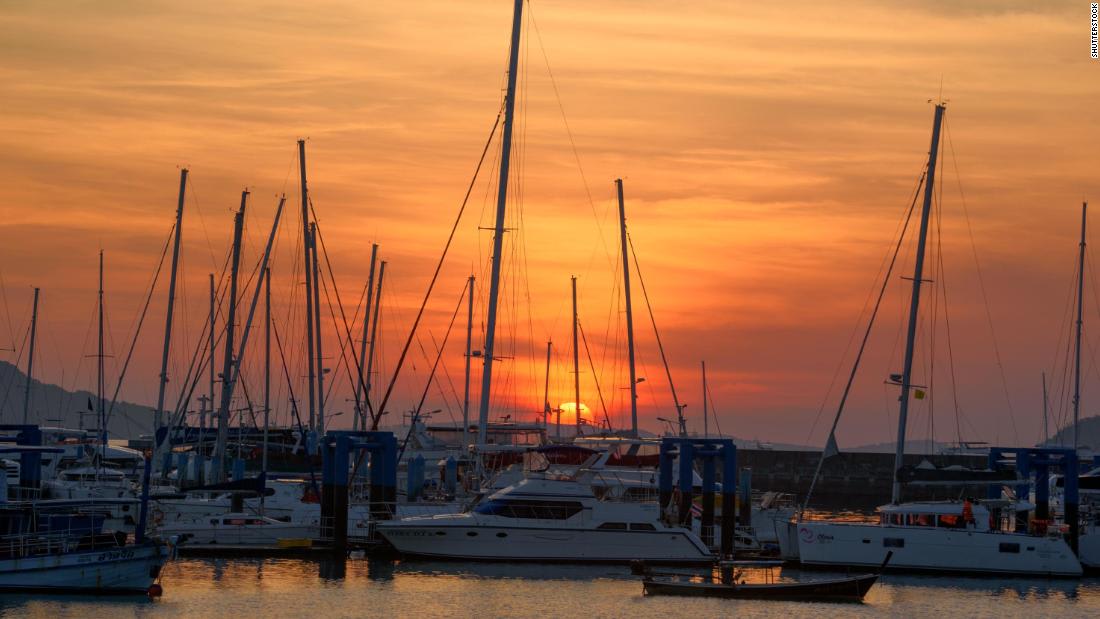 Longtime Houston restaurant owner Arnaldo Richards said that some people have threatened to call immigration services on his employees because he is keeping his restaurant’s mask mandate in place.

As a result, he is stationing a police officer outside the restaurant’s front door today, he said to CNN's Kate Bolduan.

Texas lifted its mask mandate and is allowing businesses to fully reopen today.

Richards, who co-owns Arnaldo Richards' Picos Restaurant, said that not enough people are vaccinated yet for him to feel comfortable allowing the removal of masks in common areas.

“There is not a line that you can say, ‘well, this is it now and you guys can continue to do business as usual.’ Now my business as usual is wearing the mask and keeping the social distancing,” Richards said.

“We protect our employees. We protect the community. We're protecting the guests. Why change anything right now when we continue to have this mortality rate and people go into hospitals like this? It's just logical to continue to do this,” he added.

Richards said that there has been no pushback on maintaining the mask policy from employees, and he’s gotten “overwhelming” support from most customers.

“Please wear the mask … It takes nothing. I have employees that wear the mask for eight hours in front of a grill that is 400 degrees and they don't complain,” he said.

The US Centers for Disease Control and Prevention is continuing to collect data on the safety of Covid-19 vaccines in pregnant women through its registry called V-safe, Dr. Anthony Fauci, director of the National Institute of Allergy and Infectious Diseases, said during a White House briefing on Wednesday.

Additionally, Fauci said that Pfizer and BioNTech have launched their randomized, placebo-controlled study to evaluate safety and immunogenicity in pregnant people.

During the briefing, Fauci was speaking in reference to "special populations" for which there is still limited data around Covid-19 vaccine safety. Such populations also include children and immunocompromised individuals, such as HIV-positive patients. Fauci said that people with HIV should get vaccinated.

For pregnant women, "the American College of Obstetrics and Gynecology, ACOG, recommends that vaccines of SARS-CoV-2 should not be withheld from pregnant individuals, and that pregnant individuals may choose to receive a Covid-19 vaccine and they should have a conversation with their clinicians," Fauci said. SARS-CoV-2 is the name of the virus that causes Covid-19.

A webpage for the CDC's V-safe registry for pregnant women notes: "There is currently no evidence that antibodies formed from COVID-19 vaccination cause any problem with pregnancy, including the development of the placenta. However, data are limited about the safety of COVID-19 vaccines for people who are pregnant."

The European Medicines Agency is on track to approve the Johnson & Johnson vaccine this month, Poland’s Health Minister Adam Niedzielski said Wednesday. This comes as Poland warns its third wave of coronavirus is "accelerating."

“The Johnson & Johnson vaccine is not yet approved, but we have confirmed information from the European Medicines Agency that an approval decision will be issued by March. Therefore, the manufacturer is already estimating the deliveries,” Niedzielski said.

The country has recorded 17,260 new Covid-19 cases in the past 24 hours, the health ministry reported Wednesday.

That's the highest since the beginning of the third wave of the epidemic, Health Ministry spokesperson Wojciech Andrusiewicz told private Polish TV channel TVN24. He added that over 67% of hospital beds for coronavirus patients are full.