A new model estimates that nearly 40,000 children have lost a parent to Covid-19, and Black children have been disproportionately affected, according to a new research letter published Monday in the journal JAMA Pediatrics.

“The number of children experiencing a parent dying of Covid-19 is staggering, with an estimated 37,300 to 43,000 already affected,” said the research letter, led by Rachel Kidman of the Program in Public Health at Stony Brook University. “Black children are disproportionately affected, comprising only 14% of children in the US but 20% of those losing a parent to Covid-19.”

Kidman and coauthors estimated the expected number of affected children for each death from Covid-19, also known as the parental bereavement multiplier.

The model suggests that each Covid-19 death leaves 0.078 children aged between 0 and 17 parentally bereaved, representing a 17.5% to 20.2% increase in parental bereavement absent Covid-19.

They point out that although the bereavement multiplier is small, it translates to large numbers of children who have lost parents.

When the authors factored in excess deaths, they estimated that 43,000 children have lost a parent and looking at a natural herd immunity strategy which resulted in 1.5 million deaths “demonstrates the potential effect of inaction: 116,900 parentally bereaved children.”

The authors note that the estimates rely on modeling, not survey or administrative data and do not include bereavement of nonparental primary caregivers.

More vaccines are being sent to Michigan as the state sees a worrying surge in Covid-19 cases and the spread of variants sparks concerns.

Michigan reported 8,413 new Covid-19 cases on Saturday, bringing the state's total pandemic case count to 692,206, according to the state's health department. Saturday's daily case count is the highest the state has reported since Dec. 7, when the reported case count was 9,350, state statistics show.

More than 12,500 cases of the B.1.1.7 variant, meanwhile, have been reported across the United States, according to CDC data, including more than 1,200 in Michigan. Michigan had the second-highest number of cases of the variant, after Florida.

Iran has entered its fourth wave of the Covid-19 pandemic and has reached a four-month high in terms of number of daily cases, health ministry spokesperson Sima Sadat Lari said in a news conference on Monday.

“The Covid-19 pandemic in the country is very widespread and is a matter of deep concern, and the fourth wave is rapidly progressing from mid-western parts of the country to mid-eastern cities," Lari said.

The health ministry also announced 88 cities have been categorized as "Red Zones" in Iran, where for two weeks on average more than three people per one hundred thousand are hospitalized.

Iran’s health ministry has been anticipating a spike in cases and death toll, as people begin to return from holiday travel and celebratory gatherings on the occasion of the two-week long Persian New Year holiday, or Nowruz, which began on March 21.

Iran has the most severe Covid-19 outbreak in the Middle East, with the highest number of cases and deaths in the region.

The country continues to keep restrictions in place to avoid a larger outbreak of cases.

Dr. Anthony Fauci, director of the National Institute of Allergy and Infectious Diseases, said on an episode of the Politico Dispatch podcast Monday that he doesn’t think the US government will be the main mover behind vaccine passports, but that individual entities could do something with the idea.

When asked by Politico’s Jeremy Siegel if not the government, then who the responsibility would fall on, Fauci said that he believes there could be individual entities that do it.

“There may be theaters that say you don’t get in unless you have proof of vaccination, there may be colleges or other educational institutions that do that,” he said. “I’m not saying they should or that they would, but I’m saying you could foresee how an independent entity might say, well, we can’t be dealing with you unless we know you’re vaccinated, but it’s not going to be mandated from the federal government.”

Holiday weekend travelers crowded US airports and packed planes amid a travel surge that pushed Delta Airlines to fill middle seats, despite a pledge not to do so until the end of the month.

The Transportation Security Administration says it screened 1.54 million people at airports across the country on Sunday, just shy of a pandemic record set Friday when 1.58 million people flew. More than 6 million people have flown since Thursday.

Sunday’s number is more than ten times greater than bottomed-out figures of a year ago, but still well below 2019 levels.

While travel is coming back with a vengeance, the CDC is still advising against it. On Friday, the CDC said those who are fully vaccinated can travel at low risk to themselves but said non-essential travel should still be avoided.

Delta Air Lines said it had to fill some middle seats on weekend flights to keep up with demand, even though its cap on seating capacity does not end until May 1.

The European Union would have vaccinated as much of its population as the United Kingdom has if AstraZeneca had fulfilled its contract to the EU, the head of the EU executive’s vaccine task force said Sunday.

European Commissioner Thierry Breton’s comments threaten to raise the temperature in a months-long dispute between the bloc and the drug maker.

If we had received the 100% of AstraZeneca's vaccines that were contracted to us, the European Union would be at the same level today as Great Britain in terms of vaccines. So I can say that the pocket of turbulence we have experienced is solely due to AstraZeneca's failure to deliver.

The World Health Organization called the rollout of vaccines in Europe “unacceptably slow” on Wednesday. The WHO European Region (a group of 53 countries including the UK) has vaccinated only 10% of its population with one shot in a two-dose regimen, WHO said in a statement.

The UK has administered about 54 doses of vaccine per 100 people according to data tracked by CNN. No country in the European Union has come anywhere close to that level.

“In the first quarter, (AstraZeneca) delivered only a quarter of the doses we ordered, while the British received all of them, even though our contract was signed before them, in August 2020,” Breton told the French newspaper.

Doctors are worried that coronavirus may end up being like influenza, which requires a new vaccine every year both because the circulating strains mutate fast and because immunity from the vaccine wears off quickly.

Although initial evidence suggests immunity from vaccination against coronavirus provides long-lasting protection, vaccine makers have begun making and testing versions of their vaccines that protect against worrying variants of the virus.

That includes the B.1.351 version first seen in South Africa, which carries a mutation that, in lab experiments, appears to allow it to evade the human immune response a little.

The UK government says it plans to trial Covid-19 passports at snooker tournaments, comedy clubs and soccer matches over the coming weeks.

As the country reopens, ministers hope the "covid-status certification" system will allow those who are vaccinated, have had a recent negative test or a positive test within six months to return to theaters, football matches, cinemas and other events.

British Prime Minister Boris Johnson is set to announce more details about the scheme on Monday, but critics are already worried the passports will harm fundamental freedoms and risk discrimination.

Similar debates have been going on across the world as countries try to figure out how to reopen safely.

Several countries are considering some form of Covid-19 status verification as a viable way to make it quick and easy for individuals to attend events or board flights. Others have voiced their disagreement: Florida Governor Ron DeSantis signed an executive order Friday banning the use of Covid-19 passports in the state. 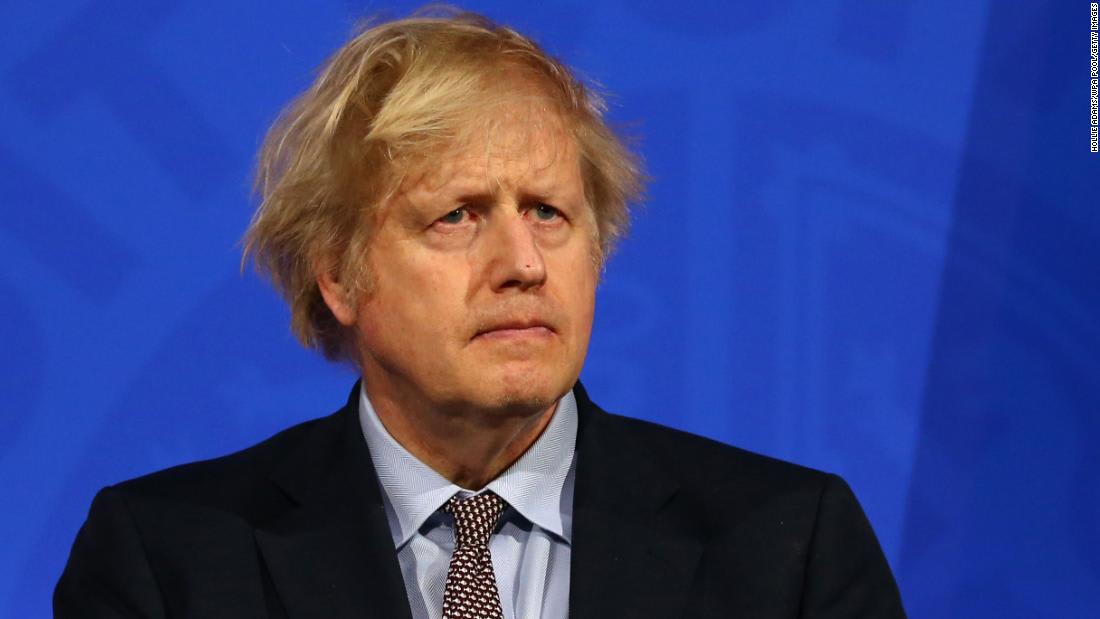 Experts say Covid-19 vaccinations in the US are going extremely well -- but not enough people are yet protected and the country may be at the start of another surge.

Only about 18.5% of Americans are fully vaccinated, CDC data shows, and Covid-19 cases in the country have recently seen concerning increases.

"I do think we still have a few more rough weeks ahead," Dr. Celine Gounder, an infectious diseases specialist and epidemiologist, told CNN on Sunday. "What we know from the past year of the pandemic is that we tend to trend about three to four weeks behind Europe in terms of our pandemic patterns."

The highly contagious B.1.1.7 variant has fueled an alarming surge in hospitalizations in parts of Europe. And experts worry the US could be next if Americans don't double down on safety measures until more people are vaccinated.

What's worse, experts say, is that the variant is changing the pandemic's playbook and could spell trouble for younger groups that haven't yet been vaccinated.

"We have to think about the B.1.1.7 variant as almost a brand new virus," said Dr. Peter Hotez, dean of the National School of Tropical Medicine at Baylor College of Medicine. "It's acting differently from anything we've seen before, in terms of transmissibility, in terms of affecting young people, so we have to take this very seriously."