The country also recorded its highest number of new Covid-19 deaths at 2,104 fatalities.

The stark figures come as health care and other essential services across India are close to collapse amid a second coronavirus wave that is tearing through the country with devastating speed.

The Union Territory of Delhi on Wednesday received less than half of required oxygen to treat Covid-19 patients, with 200-250 metric tons of oxygen against a requirement of 700 metric tons, the advocate for the Delhi government told the high court on Wednesday.

A petition by the Bajaj Medical and Research Centre, which runs a chain of private hospitals, said five of its hospitals in Delhi had between two to 18 hours of oxygen supply left.

While the court was hearing the petition, two of the five private hospitals referred to in the petition had received the supply of oxygen, the court noted.

As of Thursday afternoon, Delhi had 26 vacant ICU beds, according to government data.

Several Indian states have imposed restrictions to curb the spread of the virus, even as Prime Minister Narendra Modi urged states to use lockdown as a last resort.

India's second most populous state of Maharashtra has announced new restrictions on Wednesday. People will be allowed to travel only for essential services or for "unavoidable events" like funerals. All private passenger transport will be allowed to operate at 50% capacity.

The new rules will come into force 8 p.m. local time on Thursday and will remain in place until 7 a.m. on May 1.

India had now recorded a total 15,930,965 cases as of Thursday, according to the India Ministry of Health. The total death toll now stands at 184,657.

Some context: India’s population is nearly four times that of the United States, and its daily cases still falls behind the US when adjusted for population size (in cases per million people). But India’s outbreak is undoubtedly the world’s biggest in absolute numbers at the moment — nearly 28% of all new cases worldwide in the past week came from India, said the World Health Organization on Wednesday.

The US Centers for Disease Control and Prevention are “in the process of putting together further guidance” for vaccinated Americans, White House senior adviser for Covid-19 response Andy Slavitt told CNN.

The CDC is “not always going to be as fast as everybody wants them to be, because they like to study the data and make sure that they're, generally speaking, not putting things out that they will have to take back,” Slavitt said.
“But I'm quite confident that over the next couple of weeks and months, those questions will be answered, those guidelines will absolutely loosen. And they're going to be science-based but also hopefully very practical.”

Slavitt also touted the White House’s newly announced efforts to counter plateauing vaccination rates by offering incentives for businesses to allow their employees to get vaccinated.

“One of the things that's changing most rapidly is we have vaccinated the lion's share of people over 65, and we're doing pretty well with people over 50 -- this week we have started to move in earnest to vaccinate working Americans," he said.

For fully vaccinated people, the risk of still getting Covid-19 -- described as "breakthrough infections" -- remains extremely low, a new study out of New York suggests.

Among 417 employees at Rockefeller University who were fully vaccinated with either the Pfizer or Moderna shots, two of them or about .5%, had breakthrough infections later, according to the study published on Wednesday in the New England Journal of Medicine.

"We have characterized bona fide examples of vaccine breakthrough manifesting as clinical symptoms," the researchers wrote in their study. "These observations in no way undermine the importance of the urgent efforts being taken at the federal and state levels to vaccinate the U.S. population. They also lend support to efforts to advance a new vaccine booster (as well as a pan-coronavirus vaccine) to provide increased protection against variants."

The researchers, from Rockefeller University, found that coronavirus variants with several differences from the original virus caused the breakthrough infections.

A variant that infected one of the patients had the mutation E484K, which was first found in the B.1.351 variant originally identified in South Africa. E484K has been called an "escape mutant" because it has shown it might be able to escape some of the antibodies produced by coronavirus vaccines. One of the mutations found in both study participants' infections included D614G, which emerged early in the pandemic. 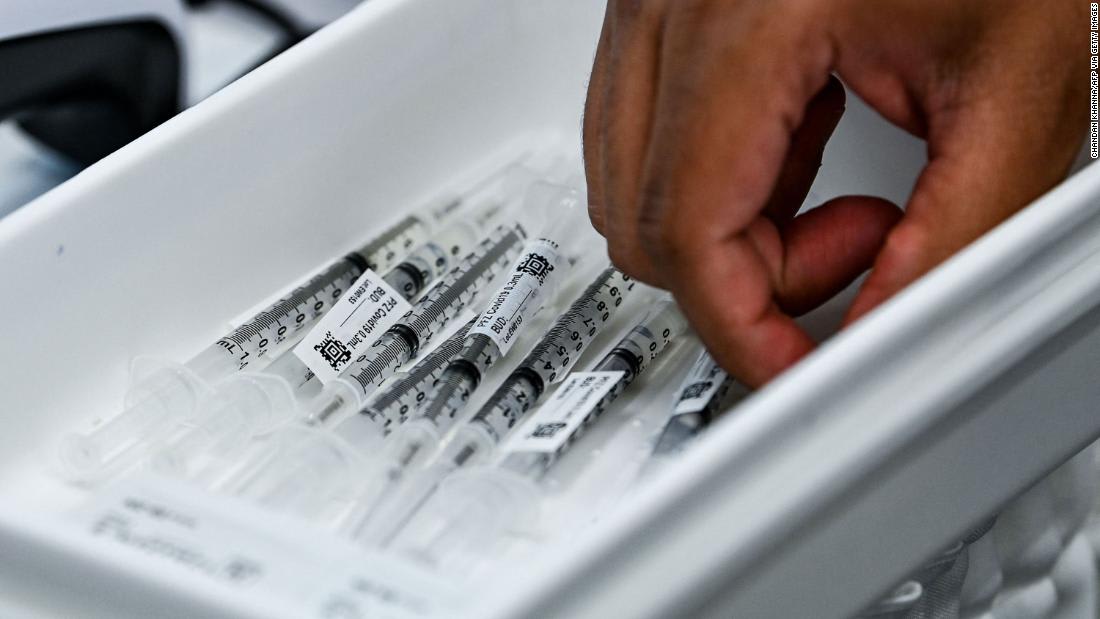