Since this year began, one third of all people who've died in Brazil were victims of Covid-19.

According to data from Brazil's National Civil Registry, 615,329 deaths were reported in the country between January 1 and April 30. Of those, 208,370 were related to Covid-19, according to Brazil's health ministry -- 33.9% of the nation's total.

The coronavirus has surged with a vengeance in the South American giant in recent months -- fueled in part by a disregard for social distancing precautions and the emergence of extra-contagious new variants -- and has claimed more lives in the past four months than in all of 2020. More than 78,000 people in Brazil were killed by the virus last month alone. 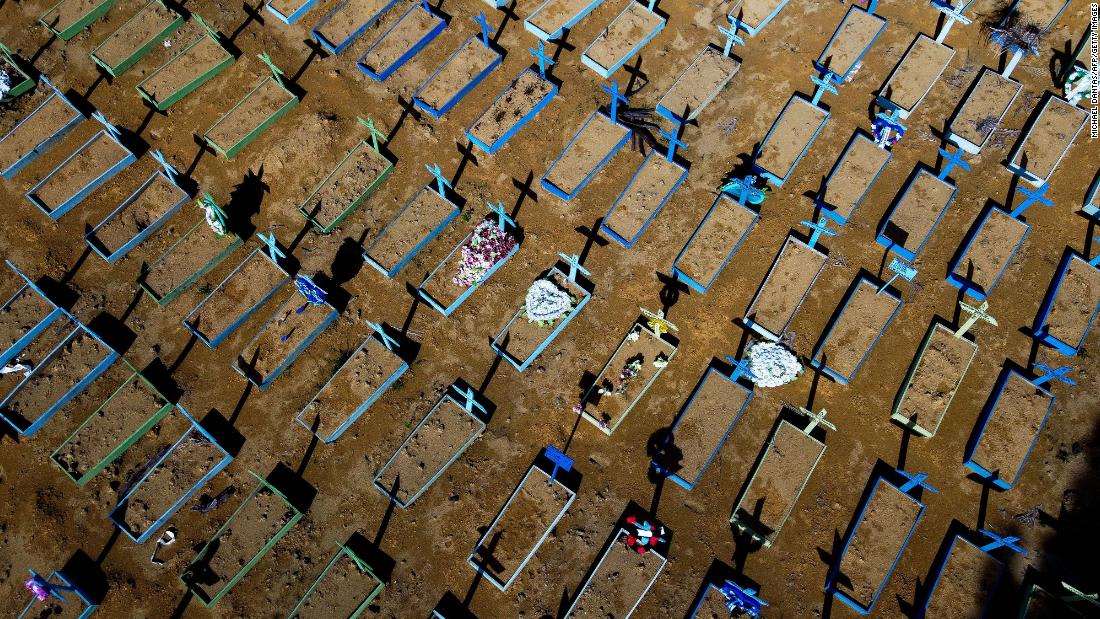