India reported 382,315 new cases of coronavirus cases and another 3,780 Covid-19-related deaths on Wednesday, according to figures released by the Health Ministry.

The country is struggling to contain a new, massive surge in cases that first appeared in mid-April. Wednesday marked the eighth consecutive day that reported deaths per day topped 3,000 and 300,000 cases per day since April 22.

The vaccine rollout has also been slow. A total of 160,494,188 vaccine doses have been administered since the country began its vaccination program on January 16, and just 3% of the population has been fully inoculated. The program was expanded to include people over the age of 18.

For months, critics of Brazilian President Jair Bolsonaro have been calling for an investigation into his handling of the country's devastating Covid-19 crisis. On Tuesday, it finally began.

The parliamentary inquiry into the Brazilian government's Covid-19 response kicked off with hours of testimony from former Health Minister Luiz Henrique Mandetta -- one of several who have passed through the crucial role during the pandemic.

Mandetta was a proponent of social distancing, supporting state governors' decisions to shut down schools and businesses -- an approach that put him at sharp odds with his then-boss. Bolsonaro has long downplayed the gravity of Covid-19 and prioritized the country's economic health over lockdowns and social distancing rules.

Read more about the inquiry: 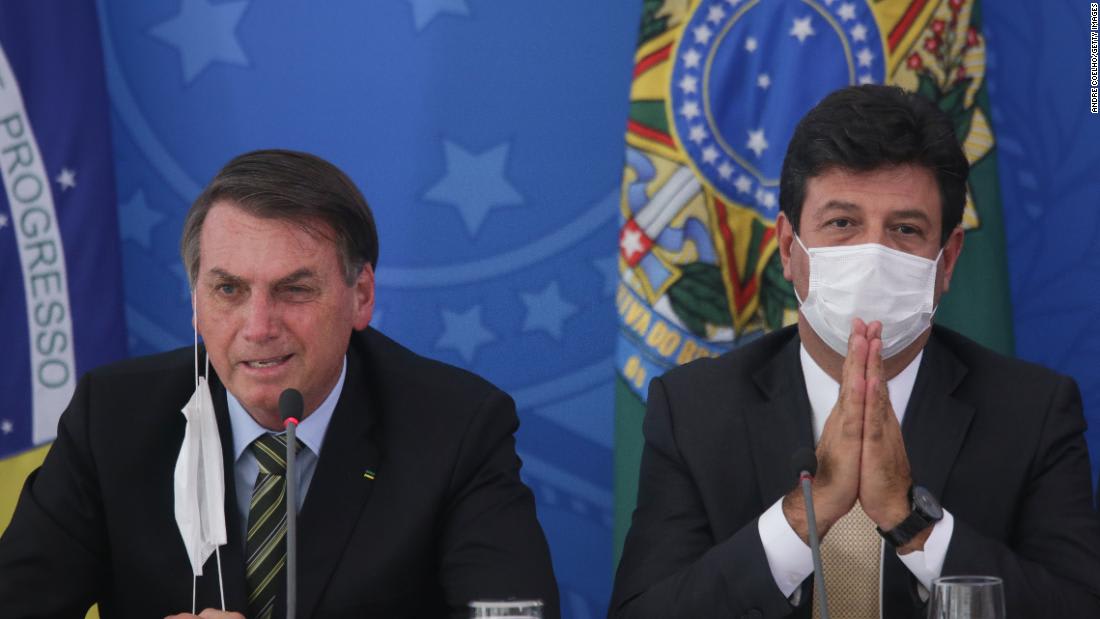 Bolsonaro was 'warned' about the consequences of ignoring science, inquiry hears

Nepal’s military is working with local government authorities in western part of the country to build an isolation center with 200 beds to cope with the rising number of Covid-19 cases, Chief District Officer Khagendra Prasad Rijal told CNN.

The work is part of an extension of 2,000 beds at an existing facility, Rijal said. Construction started on Tuesday in the Kailali district in Sudurpashchim province which borders India. The district has seen a large number of Nepali migrant workers return home form India, which is facing a massive surge of new cases.

Kailali district is facing a shortage of oxygen gas cylinders, Rijal said. He said he regularly receives calls for help to find resources for individuals sick with Covid-19.

The Seychelles reported an uptick in cases on Wednesday, according to the country’s Health Ministry, despite the fact that the island nation has already vaccinated 59,676 people -- 85% of its population.

The ministry reported 497 cases over a three-day period, it said in a Facebook post.To date, 6,373 cases of Covid-19 have been diagnosed in the Seychelles. The country's national broadcaster, Seychelles Broadcasting Corporation (SBC,) reported in April that the South Africa variant had been found in several patients.

The rise in cases, which began last month, prompted the US Centers For Disease Control to issue a Level 4 Travel warning advising against going to the tourism-dependent country.

On Monday, the Health Ministry closed specialized medical clinics and suspended surgeries outside of emergency operations and cancer treatments.

It's too soon to say whether school districts might require students to be vaccinated for Covid-19 to return to classrooms this fall, a top White House official said Tuesday.

Such a decision would be made locally and might require full approval of the vaccines from the Food and Drug Administration, Andy Slavitt, a senior adviser to the White House's Covid response team, told CNN's Chris Cuomo.

The three vaccines being used in the US have emergency use authorization, or EUA, from the FDA. Full approval requires a separate application from the manufacturer.

“My understanding is that it can't be required until it goes from authorization to approval from the FDA,” Slavitt said.

Though the FDA has not authorized Covid-19 vaccinations for anyone older than 16, it is expected to do authorize the Pfizer vaccine for 12- to 15-year-olds by next week.