Vaccinated Americans don't need a mask most of the time, CDC says

Thailand reported 2,052 community cases of Covid-19 and 32 deaths in the past 24 hours, according to the Ministry of Public Health on Thursday.

An additional 2,835 people have tested positive at two main prisons in the capital -- the Bangkok Remand Prison and Central Women’s Correctional Institute, according to Thailand’s Corrections Department.

The combined number of 4,887 infections announced by the health ministry on Thursday -- more than half of which are from the Bangkok prisons -- is the largest number of reported infections for Thailand so far.

CNN cannot yet confirm when the prison cases emerged.

“The Thai government needs to be forthright about the Covid-19 outbreaks in its prison system and how it intends to avoid disastrous consequences for those held,” said Brad Adams, Asia director at Human Rights Watch.
“Many people warned the Thai authorities that they needed to act proactively to avoid such a situation, but it seems they got caught sleeping at the switch.”

More than 300,000 inmates are held in prisons across Thailand.

New Zealand may open its borders to vaccinated travelers before it has completed its own vaccine rollout, according to Prime Minister Jacinda Ardern.

"Will people who've been vaccinated in other countries be able to come in even if we haven't finished our vaccine rollout? The answer is possibly,” Ardern said in a pre-budget speech on Thursday.

The Prime Minister did not give a date for the decision but she said it would be built on emerging evidence on how effective vaccines are at stemming transmission as well as symptoms of Covid-19.

New Zealand has fully vaccinated 2.5% of its population so far, according to figures from Our World in Data. The government plans to offer the vaccine to adults of all ages from July.

Currently, only New Zealand citizens, permanent residents and travelers from Australia may enter the country, with few exceptions.

On Monday, New Zealand will open a travel bubble with the Cook Islands, before extending the bubble to the Pacific nation of Niue, Ardern said.

“Beyond that we are relatively open-minded, and I do anticipate there will be other countries we can explore opportunities with,” Ardern said.

Two Indian states and the union territory of Delhi have suspended Covid-19 vaccinations for people aged 18 to 44 due to shortages.

In Delhi, which encompasses the Indian capital of New Delhi, Deputy Chief Minister Manish Sisodia on Wednesday tweeted: “We are forced to shut down 100 Covaxin vaccination sites in 17 schools due to no supply.”

He blamed the shortages on “vaccine mismanagement” by the central government, adding that India’s decision to export vaccines was its “biggest mistake.”

Alongside the tweet, Sisodia posted a copy of a letter from Bharat Biotech, the manufacturers of the homegrown Covaxin vaccine, which stated due to “an unprecedented demand for our vaccine and in spite of increasing production every month, we are unable to keep up with the demand.”

In southern India, the state of Karnataka suspended vaccinations for the 18 to 44 age group until May 14.

In a series of tweets on Wednesday, the state’s health department said it would use its current supplies to vaccinate those due for a second dose.

The same decision has been made in western Maharashtra state until it receives more vaccines from the central government or can independently procure more vaccines, Maharashtra Health Minister Rajesh Tope told CNN on Wednesday.

India launched its vaccination drive on January 16, first prioritizing heath care and frontline workers, followed by people above the age of 60 and those over 45 with existing health conditions.

On May 1, the drive was extended to include everyone above the age of 18. However, several states failed to do so due to inadequate vaccine supplies.

Three of the cases are linked to an arcade in northeastern Yilan County, while 10 others are contacts of a case confirmed Tuesday involving a Taiwanese man in his 60s, CNA reported, citing Health and Welfare Minister Chen Shih-chung.

The recent spike in cases -- while a drop in the bucket compared to much of the world -- has caused some alarm in Taiwan, with many residents rushing to get vaccinated, according to CNA.

Taiwan has been hailed for its effective and early response to the virus, becoming one of the first places to record no new cases and going months at a time without infections, which has allowed life on the island to proceed much as normal, albeit with limited overseas travel.

Vaccination rush: Chen said 11,018 people were vaccinated Tuesday, the highest daily number so far. The figure pushed the total number of residents who have received a vaccine to 112,543, with around 180,000 doses currently remaining.

Taiwan has a population of more than 23 million. After weeks of concern over low vaccination uptake, Chen said he was now worried stocks may run out, CNA reported.

The elderly, medical personnel and other emergency or high-risk workers, as well as diplomats, police, care workers and some other professions are currently eligible for vaccination under the government program.

However, anyone not covered who is traveling abroad and wishes to get inoculated can do so by paying 600 New Taiwan dollars ($21) at certain clinics -- around three times the price of government-provided shots.

Wednesday could prove to be another record vaccination day, with CNA reporting paid slots for hospitals in metropolitan areas were already full as of midday, and some through to near the end of the month.

Pilot quarantine: On Monday, Chen said Taiwan will quarantine all active pilots working for Taiwanese carrier China Airlines for 14 days amid a recent outbreak of Covid-19 among flight crews and hotel workers.

Taiwan has reported a total 1,231 Covid-19 cases and 12 related deaths, according to the Taiwan Centers for Disease Control.

Singapore airport is closing its passenger terminal buildings to the general public for two weeks following a rising number of Covid-19 cases linked to the facility.

In a joint statement, the Civil Aviation Authority of Singapore and Changi Airport Group said all workers in Changi Airport’s Terminals 1 and 3, and Jewel Changi Airport are undergoing mandatory Covid-19 tests as of May 9.

"This is to quickly detect, isolate and treat any potential Covid-19 cases in the airport community," the statement said, adding the closures were "a precaution."

The closures -- which include the Jewel shopping mall and entertainment complex -- will start from Thursday. The facilities will reopen on May 27.

During this time, the airport will remain open for air travel and passengers can still be dropped off and picked up from the terminals.

Singapore reported 10 new locally transmitted Covid-19 infections on Wednesday, of which seven cases are linked to an 88-year-old cleaner at Changi Airport Terminal 3, Singapore’s Ministry of Health said. His case was confirmed on May 5, the ministry added.

The country has reported 61,419 confirmed cases of Covid-19 and 31 deaths, according to Johns Hopkins University.

India reported 362,727 Covid-19 cases on Thursday, bringing its total infections to 23,703,665, according to figures released by the health ministry.

Here's how India's vaccination drive is going, according to a news release issued by the health ministry on Wednesday evening:

Dozens of Olympic “host towns” have canceled deals to accommodate athletes for the upcoming Summer Olympics in Tokyo due to Covid-19 concerns, an official said Thursday.

The host town programs welcome athletes from 184 countries to Japan ahead of the Games for training and cultural programs.

But at least 35 out of 528 host towns have canceled their deals, Yasuhiro Omori, an official with the Olympics and Paralympics Cabinet Office told CNN.

The 2020 Tokyo Olympics are scheduled to start on July 23.

Japan is battling another wave of Covid-19 infections, with 653,363 cases reported since the start of the pandemic, according to Johns Hopkins University.

A statement from Maldives’ Ministry of Tourism said the suspension includes "those with a transit time exceeding 24 hours and have a travel history to the above stated countries within the past 14 days."
The order begins May 13 "until further notice," it said.

Health care professionals with valid work permits are exempted, according to Maldives Immigration.

Maldives recorded 1,572 new Covid-19 cases on Wednesday, bringing the total number of infections to 40,092, according to the country's Health Protection Agency.

The country was one of the first countries to fully reopen to travelers last year. 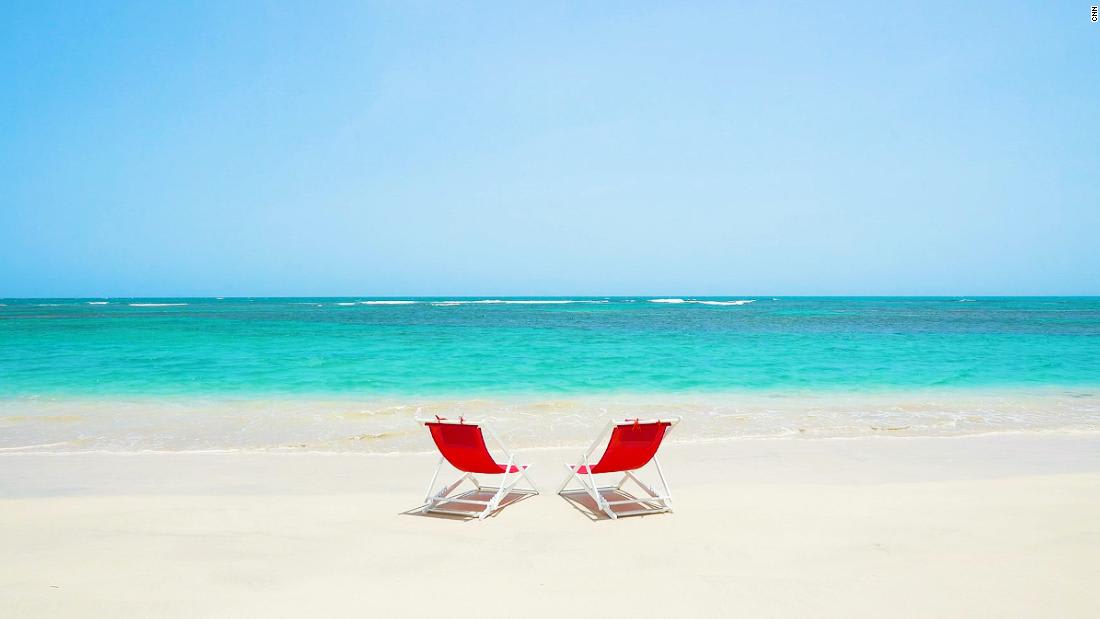 Traveling to the Maldives during Covid-19: What you need to know before you go

The decision by public health agencies to recommend the Pfizer Covid-19 vaccine for young people ages 12 to 15 makes today "a big day," the Biden Administration's scientific lead for the pandemic said.

"The immunogenicity was strong. It was compared to young adults. The safety profile was reviewed. There was nothing that stood out in that safety profile," said Dr. David Kessler, the science officer of Covid-19 response with the US Department of Health and Human Services on Wednesday on SiriusXM's "Doctor Radio Reports" show.

"And, remarkably, there was 100% efficacy in the treatment compared to the placebo in preventing Covid infection," he said, adding that he would be "very comfortable" urging parents of adolescents age 12 to 15 to take their kids to get a Covid-19 vaccine.

He noted that attention should now turn to getting the vaccines authorized for younger children as well.

"I don't see the 12-15-year-old group as being any different than those that have come before," he said. "I think we still have to get the data on children below the ages of 12. You know, as a pediatrician I understand fully that children are not just little adults. It's not just that you make the dose adjustment. They can react differently, so we have to get the data. We have the data in on adolescents and it's extraordinary. It's highly effective, 100%. Who would have ever thought, Dr. Siegel, that we would be sitting here and say we have a vaccine that in this age group is 100% effective?"