Azar said that there is still much work to do to ensure that all Americans understand the value of the vaccines, “but it’s clear that many Americans are learning that these vaccines are safe and extraordinarily effective.”

He said he expects vaccine confidence to increase as more people get vaccinated.

“As the word gets out, as they talk to their friends, their colleagues, their neighbors, vaccine confidence in the United States will just increase by word of mouth, by trusted sources, every single day," he said.

Senate Minority Leader Chuck Schumer said "the finish line is in sight" on Covid-19 relief talks, and that the four Congressional leaders and Treasury Secretary Steven Mnuchin are "very close" to coming together on a deal.

"And as we race the clock to reach a final accord before the end of the year, we are close to an agreement. It's not a done deal yet, but we are very close," Schumer said in his floor remarks Wednesday morning.

Schumer said that he, Senate Majority Leader Mitch McConnell, House Speaker Nancy Pelosi and House Minority Leader Kevin McCarthy have been using the bipartisan framework as "the basis of discussions" and that they have been working with Mnuchin, who's been negotiating on behalf of the White House.

Schumer made clear that the agreement is insufficient for Democrats, but that "right now, we must address this emergency over the short-term."

"We're on the precipice of achieving these goals. We Democrats would have liked to go considerably further, but this won't be the last time Congress speaks on Covid relief. Right now, we must address this emergency over the short term. But make no mistake, we will work in the future to provide additional relief as the country requires, but we need to provide a platform to build on, we need to address this emergency right now," he said.

"The finish line is in sight. everyone wants to get this done. Let's push through the few final meters and deliver the outcome that the American people very much need," Schumer added.

Read up on the latest on stimulus negotiations here.

He added he thinks $600 to $700 is under discussion for stimulus checks and then "double that for family and kids."

He also added he thinks there will be $300 for unemployment benefits per week.

"I feel more optimistic I think that there's been a lot of progress made by the so called Big Four that are discussing and negotiating this out and things are getting written up," he said. "Be able to get on it and get it done in time on Friday to meet the deadline."

Only a few of the Lilly and Regeneron monoclonal antibodies available for the treatment of Covid-19 are being used each week, said Dr. John Redd, chief medical officer in the US Department of Health and Human Services' Office of the Assistant Secretary for Preparedness and Response.

"The highest weekly utilization by state has been 21%," Redd said in a Q&A during a webinar on Wednesday hosted by the National Academies of Sciences, Engineering and Medicine.

"We’ll be getting updated numbers this week," Redd said, adding that uptake in the use of monoclonal antibodies is encouraged and efforts are being made to share information about these treatments, possibly in new locations — such as nursing homes — where they may be valuable.

Health and Human Services Secretary Alex Azar said Wednesday that approximately 2 million doses of Pfizer's vaccine have been allocated for jurisdictions to use next week.

If Moderna's Covid-19 vaccine is authorized by the US Food and Drug Administration in the coming days, Azar said the US has authorized nearly 5.9 million doses for next week.

Here's a look at how the Pfizer and Moderna vaccines compare.

The chief scientific advisor for Operation Warp Speed says 20 million doses of the Moderna Covid-19 vaccine will be delivered by the end of the month.

Slaoui added that the US government is continuing to effort additional doses from Pfizer.

“We are working very closely with the company to ensure that we can support and help them address all the challenges in continuing to increase their capacity and output and also at the same time discussing how we may come to an agreement on the first option for an additional 100 million doses,” he said. 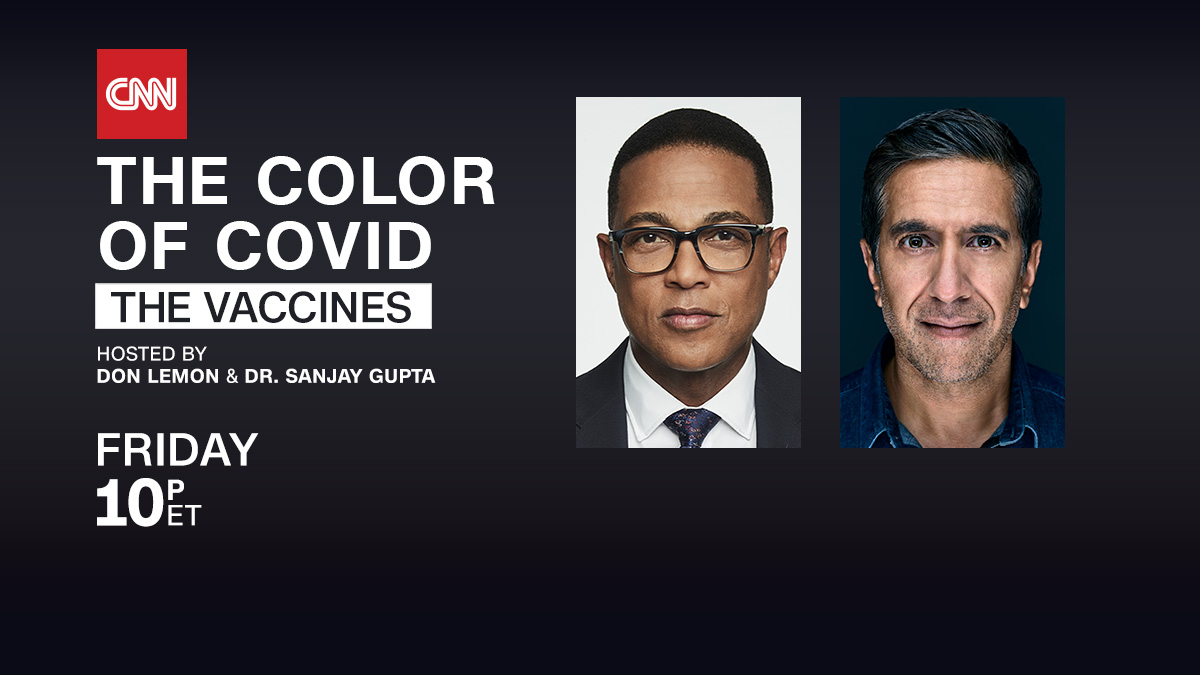 A large majority of Americans, 71%, say they will "definitely or probably" get a Covid-19 vaccine, according to a survey out Tuesday from the Kaiser Family Foundation.

But Black Americans, people living in rural areas and Republicans are more hesitant about getting the shots.

Only 11% of African Americans and 16% of Latinos were "very confident" that the process was taking their needs into account, according to the survey.

We want to hear your thoughts on Covid-19 vaccines.

Do you have specific questions or concerns? Type them in the box below and we may feature some in a special CNN Town Hall.

Dr. Anthony Fauci and Surgeon General Jerome Adams will join Don Lemon and CNN's Dr. Sanjay Gupta for "The Color of Covid – The Vaccines" Friday at 10 p.m. ET on CNN.

NYC Health Commissioner Dave Chokshi said following the vaccination of more than 1,600 health care workers, his department has so far not heard "of any serious adverse events, that means very serious side effects, in the city thus far."

The side effects experienced so far are those seen in the study of the vaccine, particularly some pain at the injection site, some fatigue, some muscle aches, which generally only last 23-48 hours and are considered mild.

The city plans to publish a dashboard showing how many individuals are being vaccinated daily, New York City Mayor Bill de Blasio said.

All the public NYC health and hospitals received the vaccine yesterday, the CEO Mitch Katz said. More are expected next week.

Right now they are focusing on people in the highest risk areas, emergency rooms, intensive care units and those over 60 years old, Katz said.

Katz added “from looking at the numbers I believe we’re going to vaccinate the whole hospital in 3 weeks. Everyone in every single unit, just starting at the highest risk units.”

The officials were speaking at the Elmhurst location, which was one of the hardest hit hospitals at the epicenter of the pandemic.

Earlier, the mayor observed the first vaccinations at the public hospital.

Senate Majority Leader Mitch McConnell said that Hill leaders have “made major headway toward hammering out a targeted pandemic relief package that would be able to pass both chambers with bipartisan majorities,” and have “committed to continuing these urgent discussions until we have an agreement.”

“We agreed we will not leave town until we’ve made law,” he said.

McConnell did not announce any specifics on what will be in the deal, but did offer a preview of what’s likely to be included.

“We need vaccine distribution money, we need to re-up the Paycheck Protection Program to save jobs, we need to continue to provide for laid off Americans. Congressional leaders on both sides are going to continue working until we get this done," he said.

CNN's Manu Raju reported earlier that the deal is expected to be around $900 billion dollars and include a new round of stimulus checks. You can read more on the expected deal here.