A nurse at CHI Memorial Hospital in Chattanooga, Tennessee fainted during a news conference shortly after getting the Pfizer/BioNTech Covid-19 vaccine on Thursday.

Nurse Manager Tiffany Dover was standing at the podium speaking to the media about what getting the vaccine means to her and her medical unit when she interrupted her response to say: “I’m sorry, I’m feeling really dizzy.”

Dover put her hand to her head, apologized again, started to walk away from the podium and then slumped to the floor. Cameras captured physicians and medical professionals coming to Dover’s aid.

“It is a reaction that can happen very frequently with any vaccine or shot," Medical Director of CHI Memorial’s Critical Care Unit, Dr. Jesse Tucker, told CNN affiliate WTVC, adding that there was no reason to suspect that it was due to the vaccine.

Minutes after fainting, Dover was able to get back up on her feet and talk to the media again, WTVC reported. Dover told reporters that she has a medical condition that can sometimes cause her to faint, saying “it’s common for me.”

German Health Minister Jens Spahn on Friday said priority for vaccination would go to over-80s and care home residents and staff as he called on citizens to be patient with the vaccine roll out.

Speaking at a news conference in Berlin, Spahn added that ''every second person who dies [in Germany] is over 80 years old.''

He said it could take “up to two months'' to complete this first wave of vaccinations.

The winter is going to be long and hard," he added.

Germany aims to start using the Pfizer/BioNTech vaccine by December 27, subject to the EU granting regulatory approval when its medicines regulatory authority meets next week.

The country on Friday reported a record-high 33,777 new daily coronavirus infections in 24 hours, while fatalities rose to 813.

Germany's second wave of coronavirus has put its health system under strain.

The worst hit areas are the eastern states of Saxony and Thuringia. The interior ministry of Saxony-Anhalt on Thursday evening announced that transfers of Covid-19 patients from these areas were underway.

Germany entered a hard lockdown on Wednesday to bring down high infection numbers and curb the spread of the virus.

Australia’s state of Victoria will ban visitors from parts of Sydney starting Saturday and institute travel permits for those coming from the state of New South Wales (NSW), where a cluster of Covid-19 cases is raising concern.

“In response to the coronavirus outbreak in NSW, anyone travelling into Victoria from New South Wales will now require a permit from 11:59pm Friday 18 December," Victoria’s State Services website reads.

A notice posted Friday about the new restrictions on Victoria’s coronavirus website reads: “Anyone trying to enter Victoria from the Northern Beaches and other NSW exposure sites (red zone) from midnight tonight will not be permitted to enter. If passengers are arriving from a red zone after midnight tonight, they will be transferred to Hotel Quarantine where they will be required to remain for 14 days. “

Victoria is also encouraging travelers from other parts of Greater Sydney to get tested on arrival and self-quarantine until they receive a negative result.

The state government says it is working with airlines to check for permits and will have public health teams meet incoming flights from NSW. “The Department of Health and Human Services will look to set up testing sites at the domestic terminal in the coming days,” the government statement read.

A Native American doctor in Milwaukee was among the first people in the city to get the first dose of the Pfizer Covid-19 vaccine on Tuesday.

He decided to livestream his vaccination procedure on Facebook to ease apprehension felt among members of the Native American community in Wisconsin about getting vaccinated.

“I’m a little nervous but I’m happy to be able to get the vaccine,” Dr. Lyle Ignace of the Gerald L. Ignace Indian Health Center says on the livestream as he’s about to get the shot.

Ignace said that he felt confident in getting the vaccine and felt that it was the right thing to do.

“I’ve been following what Pfizer, Moderna and all the other biotech companies have been doing for the last five months,” Ignace tells the audience watching the livestream.

He said that he understood the trials that have taken place and the data that has come out as a result and he felt “extremely confident” in the vaccine’s effectiveness.

Eight religious sisters living at a Wisconsin care facility died from Covid-19 within a week, the School Sisters of Notre Dame has confirmed.

The Catholic institute told CNN affiliate WTMJ that the sisters died from complications caused by the virus.

"Every one of our sisters is really important," Sister Debra Sciano, the provincial leader of the School Sisters of Notre Dame Central Pacific Province, told the news station. "Not only to us, but we feel they have touched thousands of lives we'll never be aware of."

The facility, Notre Dame of Elm Grove, was first established as an orphanage but later became a home for elderly and ill sisters, according to the School Sisters of Notre Dame website. The organization said it has confirmed cases among the sisters living in the facility, but did not release the number of infections, according to WTMJ.

Among those lost to the virus was Sister Lillia Langreck, who had been "heavily involved in racial and social justice efforts" for the past 60 years, according to the affiliate. Another was Sister Rose Feess, who was known for her grammar and writing skills, her sharp wit and her love of cats, the Notre Dame School of Milwaukee wrote in a Facebook post. 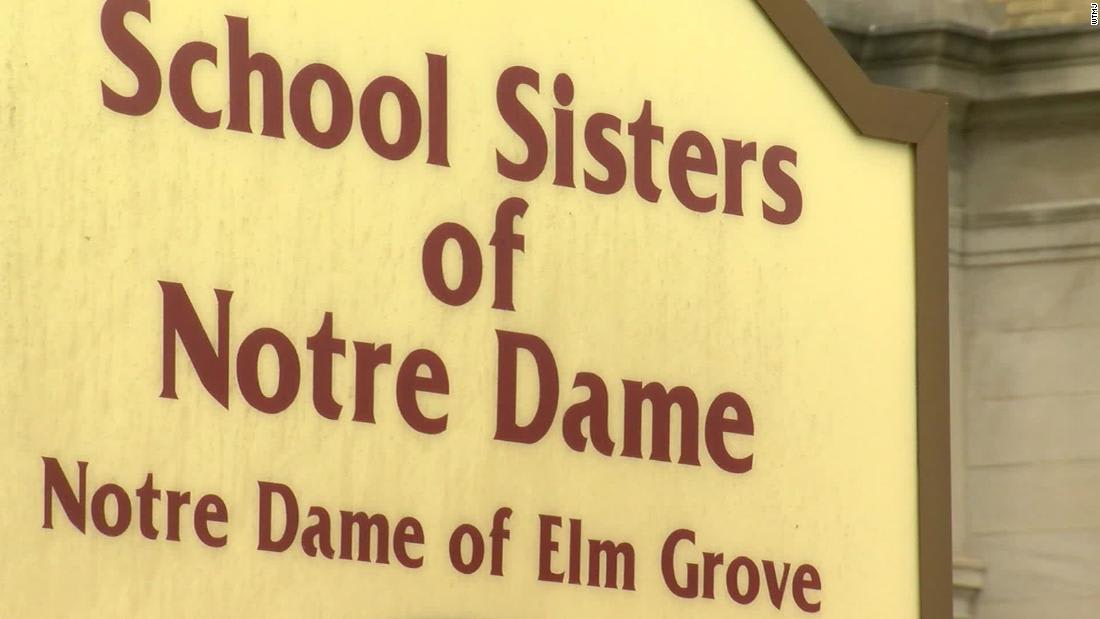 In the name of "science and solidarity," the European Commission has secured over 2 billion doses of coronavirus vaccines for the bloc since June.

Now, as European Union regulators edge closer to approving two of those vaccines, the commission is asking its 27 nations to get ready to work together to roll them out.

If it all goes to plan, the EU's vaccine program could go down as one of the greatest achievements in the history of the European project.

The EU has suffered a sustained battering in recent years, fueled by the UK's departure, a surge in nationalist parties, and Euroskeptic attitudes across the continent.

And so far, the coronavirus crisis has only exacerbated existing tensions.

But when it comes to the EU's vaccine strategy, all member states -- along with Norway and Iceland -- have jumped on board, marking a step toward greater European unity.

The commission says its aim is to ensure equitable access to a coronavirus vaccine across the EU -- and given that the virus knows no borders, it is crucial that countries across the bloc cooperate and coordinate.

But a collective approach will be no small feat for a region that encompasses disparate socio-political landscapes as well as wide variants in public health infrastructure and anti-vaccine sentiments. And some are already forging ahead with their own plans. 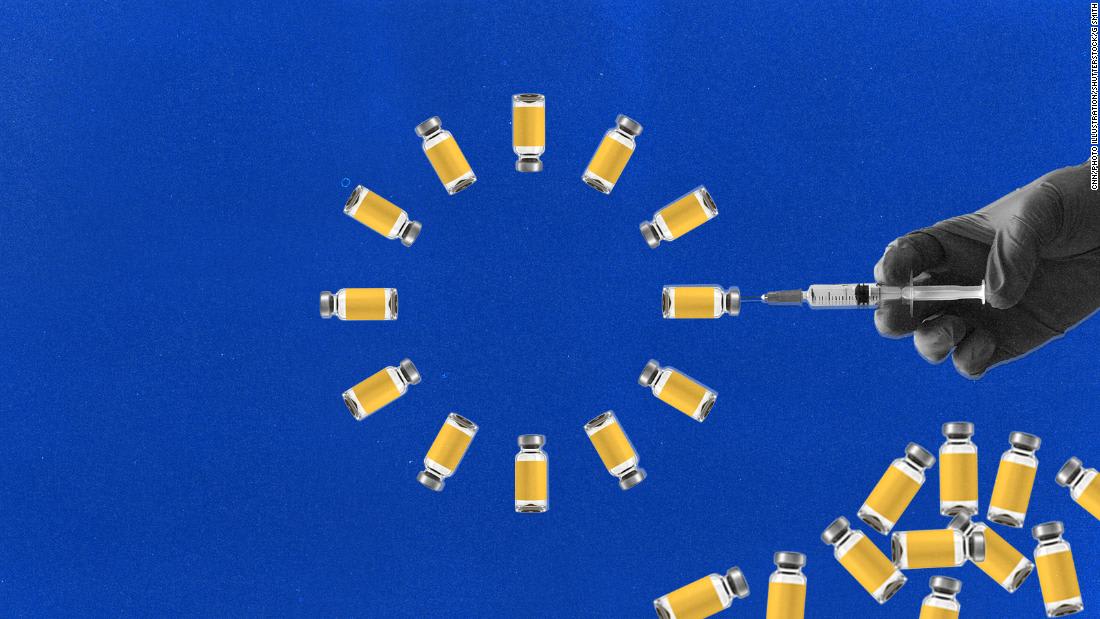 The EU is plagued with divisions. Covid-19 vaccines are a golden chance to redeem the European project

Most Americans now accept the benefits of wearing masks when around others and say they do so, according to a survey published Friday.

Most also say they can keep up the social distancing until the pandemic has eased or until there’s a vaccine -- and most think they’ll need to. The Kaiser Family Foundation (KFF) survey found that just over half think the worst of the coronavirus pandemic is yet to come.

The survey of more than 1,600 adults, conducted by the nonpartisan foundation, found that deep partisan divides persist, but more people than ever worry the pandemic will affect them personally.

“The share of the public who say they are worried that they or someone in their family will get sick from coronavirus is at its highest point since KFF began tracking this question in February (68%),” the Foundation said in a statement.

These fears may have motivated people to accept public health advice about wearing masks and staying away from other people.

Survey question: How often, if at all, do you wear a protective mask when you leave your house and might be in contact with other people?

“Republican denialism mirroring President Trump, even in the face of a growing epidemic in red states, has become a real public health challenge that the incoming administration will need to take on,” Kaiser Family Foundation President and CEO Drew Altman said in a statement.

A quarter of those surveyed said “The worst is behind us” when it comes to the pandemic, while 51% said the worst is yet to come. But 19% said “The coronavirus is or will not be a major problem in the U.S.”

Survey question: Starting today, how much longer do you think you can follow social distancing in order to limit the spread of coronavirus in your community?

Nearly two dozen beaches in Australia's New South Wales are closing after a mystery Covid-19 cluster linked to the area emerged on Wednesday.

"Northern Beaches Council and Surf Life Saving NSW have lowered the red and yellow flags at the 21 beaches from North Palm Beach through to Manly today and are maintaining a surveillance capability only in case of emergencies until Monday," a news release from Surf Live Saving New South Wales said Friday.

Surf Life Saving NSW CEO Steven Pearce said they were backing the government’s call for residents of the Northern Beaches to stay at home for the next few days.

“Please don’t go to the beach, both to limit the risk of spreading the virus, along with staying safe because beaches will not be patrolled, however, lifeguards are maintaining surveillance capability," he said.

The cluster, with 28 confirmed Covid-19 cases as of Friday, marked the first locally-transmitted cases in New South Wales since December 3.

NSW also "urgently" called on all residents, not just beach residents, to test for Covid-19 on Friday.

"Anyone in the state with even the mildest symptoms such as headache, fatigue, cough, sore throat or runny nose, is asked to come forward immediately for testing, then isolate until a negative result is received. The source of these infections remains under investigation, though genome sequencing points to the strain being of US origin," the release added.

India is preparing several task forces to oversee implementation of the country's Covid-19 vaccination program in anticipation of regulators granting an emergency use authorization for at least one vaccine candidate.

Some states hope to start mass inoculations as early as January in the vast nation of more than 1.3 billion people.

Three vaccines are currently being evaluated for authorization by Indian regulators, including the AstraZeneca/Oxford vaccine.

“We have established a multi-level governance mechanism which will oversee the vaccination process and provide assistance,” said Rajesh Bhushan, senior official, Ministry of Health and Family Welfare.

To transport and store the vaccines, India will use:

State governments have begun prepping the infrastructure required for the vaccination program, which is expected to begin in January.

“In mid-January, we are hoping that the vaccine program will be rolled out and within a few days, we will be ready to cover about 8 million beneficiaries with the first dose," G. Srinivasa Rao, the director of public health for the state of Telangana told an Indian TV news outlet earlier this week.

The southern state of Kerala announced over the weekend that it would provide the Covid-19 vaccine free of charge to its entire population and that the registration process for the vaccine is in the final stages.

The Indian government said that initially, the vaccine will be provided to health care and frontline workers, and after that, people in the 50-plus age group, subject to availability of the doses.

India has recorded nearly 10 million coronavirus cases since the start of pandemic, including more than 144,000 deaths.