The new Covid-19 variant, originating from south-east England, has been identified in Denmark, the Netherlands and as far as Australia, World Health Organization (WHO) Covid-19 technical lead Maria Van Kerkhove said on Sunday.

"We understand that this variant has been identified also in Denmark, in the Netherlands and there was one case in Australia and it didn’t spread further there,” she told the BBC in a pre-recorded interview.

Asked whether it was her understanding that the new variant originated or evolved from southeastern England, she said: “It is, yes. From the information that [the UK] shared with us in either south-east England or in London, yes.”

She added that “the UK had picked [the existence of the new variant] up in September and seen that this had been circulating in south-east England since September.”

“It is of concern that the virus is spreading and that it has so many mutations,” she said.

She also added: “We understand that the virus does not cause more severe disease from the preliminary information that [the UK] shared with us, although again those studies are underway to look at hospitalized patients with this variant.”

Van Kerkhove said that doing more sequencing will be helpful in determining whether this variant is circulating elsewhere.

“The longer this virus spreads, the more opportunities it has to change. So we really need to do everything we can right now to prevent spread,” she added.

Belgium is the latest European country to block travelers from the United Kingdom due to a new coronavirus variant.

From Monday, flights and trains from the UK will be blocked for a 24-hour period, Belgian Prime Minister Alexander De Croo said Sunday morning.

As a precautionary measure, we have decided to stop flights from the UK from midnight for a period of 24 hours, and just as importantly for our country, to do the same for the Eurostar (train) -- because that's actually the main way that people from the UK come into our country,” he said, speaking to CNN affiliate VRT's Sunday morning news program "De Zevende Dag."

He said the initial ban would last a day “because the scientific consultation is still ongoing," on the variant -- which British health officials say can spread faster than other Covid-19 variants but is not more dangerous.

"We do not have a conclusive answer there yet. As a precautionary measure I think it is appropriate. Of course it could be extended yes, if that proves necessary," he added.

“We are now in consultation with France - and that is important because you also have a number of people who come by car from the United Kingdom,” he added. “We are already doing preventive checks on the road at the border between France and Belgium.”

The Netherlands earlier announced similar restrictions on people entering from the UK. 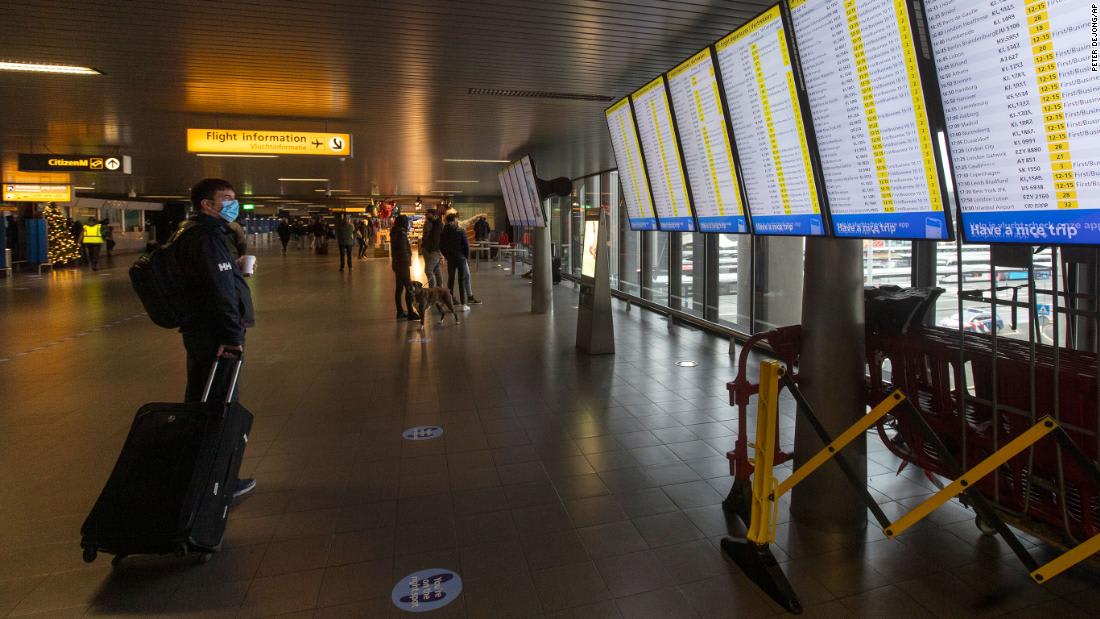 As Covid-19 restrictions tightened in China early this year, a fugitive who had been on the run for four years after allegedly stealing a corpse was running out of places to hide.

Qiu Binhua, from Shenmu City, Shaanxi Province, was believed to have sold the body for a ritual, making 5,000 yuan ($760) profit, according to police.

Qiu had fled to Hulestai Sumu, in the western part of Inner Mongolia, where officers had begun trying to contain the coronavirus by scanning QR codes of passers-by and setting up checkpoints.

"Qiu, who had been in a panic for a long time, was under pressure and finally turned himself into the Hulestai Police on February 11," police said in an announcement after his arrest.

Without an ID card, he had no means of escape, they said.

Fugitives are encountering new challenges when it comes to hiding out during a global pandemic, with movement restricted in many countries. Some have been forced to hand themselves in, while others have been caught as they traveled.

But as law enforcement ramps up its efforts to locate wanted criminals, the most astute have tried to capitalize on changes to daily life to continue their game of cat and mouse. 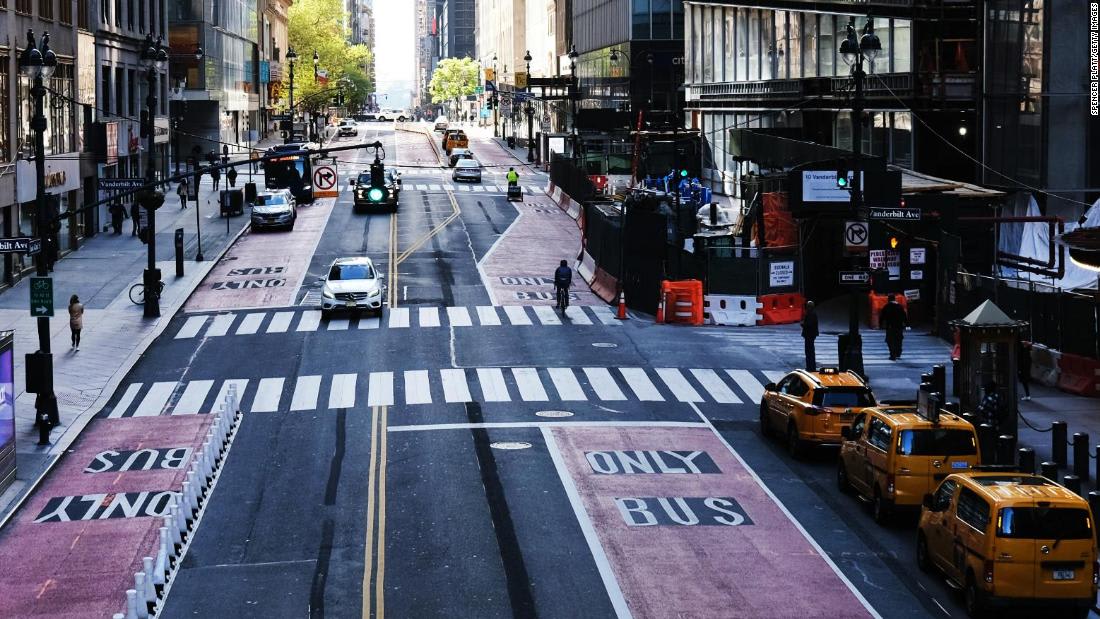 Lockdowns have stopped people moving. And fugitives are running out of hiding places

Covid-19 vaccines are coming, but in most of Europe, winter is coming faster. In several countries, cases are surging again — after many countries seemed to be turning the tide.

Politicians are desperate to find a balance of restrictions that flatten the curve without flattening the economy or upsetting residents who are eager to reunite for the holidays.

"The key question now is to determine what is the optimal package of policies to maximize the health benefit at least cost," said Thomas Hale, an associate professor of public policy at the University of Oxford. "However, this 'magic formula' will likely differ across different countries and populations, and of course over time as the virus surges or recedes."

It's a complicated and ever-changing calculus, and every country is different.

But the approaches of three nations — Finland, Norway and Denmark — in recent months stand out, a CNN analysis shows. The analysis, which looked at data from the University of Oxford and Johns Hopkins University, found that while all three countries implemented some of the continent's most relaxed combinations of restrictions, they still managed to keep average daily deaths low — below one per million — for the three-month period between September 1 and November 30. 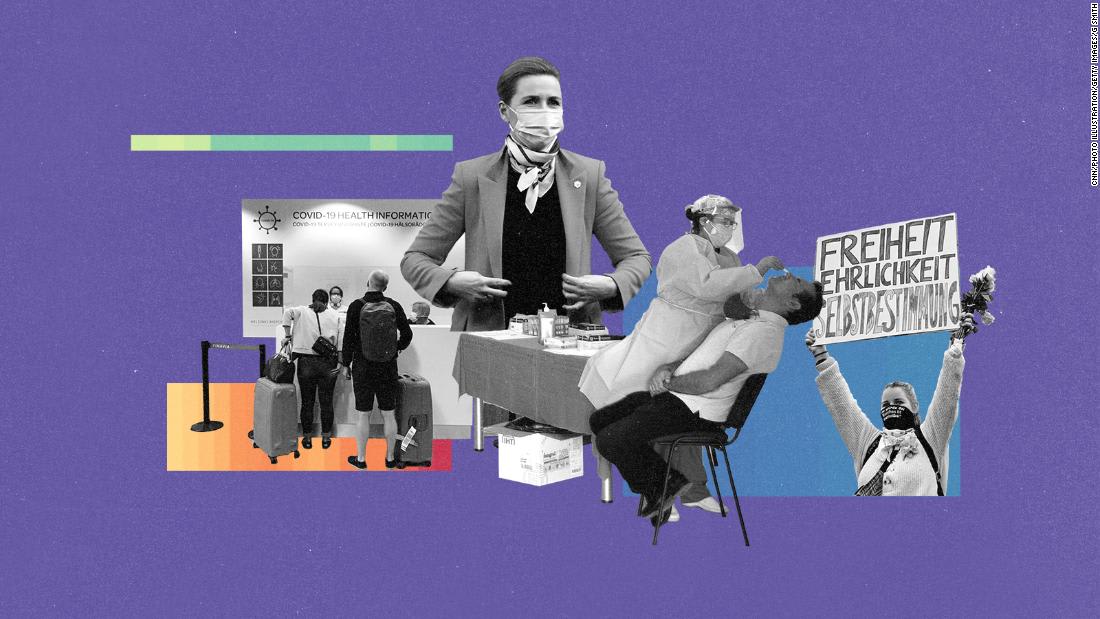 Europe's coronavirus crisis is resurging. For months, 3 Nordic nations kept it under control - without lockdowns

South Korea recorded 1,097 new coronavirus cases on Saturday, the highest daily surge in infections since the beginning of the pandemic, the country’s Disease Control and Prevention Agency (KDCA) announced Sunday.

Among the new cases, 1,072 were locally transmitted while 25 were imported, according to the KDCA.

South Korea has recorded a total of 49,665 coronavirus cases thus far, with 674 deaths. Currently, 278 coronavirus patients are considered to be in a severe or critical situation, according to the KCDA.

The South Korean government on Friday ordered hospitals to set aside 1% of all licensed beds for severe Covid-19 cases, the country's Health Ministry’s told CNN.

The ministry said it will pay compensation to hospitals for the cost of the reserved beds and for any disruption to general patient care.

The new strain of Covid-19, which prompted the UK government to impose a renewed Tier 4 lockdown in London and southeastern England over the festive period, is “out of control,” Health Secretary Matt Hancock said on Sunday.

Hancock said the new variant, which can spread faster than other strains but is not more dangerous, had to be controlled.

The only way you can do that is by restricting social contacts and essentially, especially in Tier 4 areas, everybody needs to behave as if they may well have the virus and that is the way that we can get it under control and keep people safe,” he said.

The Health Secretary called it “an awful end to what has been a difficult year.”

When asked about the time-frame of the Tier 4 restrictions, Hancock said: "Given how much faster this new variant spreads, it's going to be very difficult to keep it under control until we have the vaccine rolled out."

Hancock added what really mattered "is that people not only follow [the new Tier 4 measures], but everybody in a Tier 4 area act as if you have the virus to stop spreading it to other people... We just know that this new variant, you can catch it more easily from a smaller amount of the virus being present.”

CNN is tracking the cases here:

A hospital in a suburb of Chicago will resume a Covid-19 vaccination program for frontline personnel on Sunday, a day after it paused immunizations when four workers experienced reactions, according to a press release from Advocate Aurora Health.

The hospital decided to resume vaccinations after a "review confirmed the quality of the vaccine batch" and the hospital's protocols for distribution, the release said.

The release said the post-vaccination evaluation period will now be extended to 30 minutes for all individuals following the adverse reactions, which exceeds recommendations made by the US Centers for Disease Control and Prevention (CDC).

Advocate Aurora Health reported the adverse reactions to the CDC, according to the release.

What happened: One of the health care workers who had an adverse reaction to the vaccine suffered what "appears to be a severe allergic reaction," the release said.

"That individual is doing well and was discharged today after being monitored overnight. The other three individuals were at home yesterday and doing well after experiencing reactions that can happen with vaccination," the release said.

Londoners piled on to trains and motorways on Saturday night as they rushed to leave the capital ahead of new restrictions announced by UK Prime Minister Boris Johnson.

Tier 4 is the highest possible level of restrictions in England, effectively renewing the lockdown seen in Spring.

By 7 p.m. on Saturday evening, there were no free seats on trains leaving London from several stations in the capital, PA News Agency reports. Passengers complained about not being able to socially distance themselves within the train carriages.

The scenes were condemned by politicians and public health experts. London Mayor Sadiq Khan called the introduction of the restrictions "devastating" in an interview with the BBC, adding that scenes at London train stations "was a direct consequence of the chaotic way the announcement was made, and the late stage it was made.

I understand why people want to return to see their mums, dads, elderly relations, but I think it’s wrong," he said.

Speaking directly to Londoners who left London, he said that while they may have not broken the rules, they may have taken the virus out of London and potentially put “your mum, dad, elderly relations" at risk.

Dr. Chaand Nagpaul, British Medical Association (BMA) council chair, said that such scenes would not have been seen "in east Asian countries that have managed pandemics well in the past," adding that the government should have made sure there were crowd control measures.

“Whilst Christmas is obviously going to be ruined for many, the worst thing we could be doing is infecting our loved ones," he told Sky News.

UK Health Secretary Matt Hancock defended the government's actions on Sky, saying they had no choice to act after being presented with new scientific evidence that a new strain of the virus was spreading more quickly than others in the UK.
"It was our duty to act,” he said. "We acted very quickly and decisively with the announcements the Prime Minister set out yesterday."

"This is now spreading very fast," Johnson warned. "It is with a very heavy heart that I say we cannot continue with Christmas as planned."

As with other new variants or strains of Covid-19, this one carries a genetic fingerprint that makes it easy to track, and it happens to be one that is now common. That does not mean the mutation has made it spread more easily, nor does it not necessarily mean this variation is more dangerous.