Pfizer and Moderna are testing their coronavirus vaccines to see if they work against the new mutated version of the virus that’s recently been found in the United Kingdom and other countries, according to company statements.

"Based on the data to date, we expect that the Moderna vaccine-induced immunity would be protective against the variants recently described in the UK," Moderna said in a statement.
"We will be performing additional tests in the coming weeks to confirm this expectation."

Pfizer said it is now “generating data” on how well blood samples from people immunized with its vaccine “may be able to neutralize the new strain from the UK.”

Pfizer and Moderna make the only two coronavirus vaccines that have been authorized by the US Food and Drug Administration.

The novel coronavirus has mutated before, and both companies say they’ve found that their vaccines worked against other variations of the virus.

Some researchers who are examining the genome of the UK variant told CNN they have concerns that this variant’s mutations might possibly somewhat diminish the effectiveness of the vaccine.

“You could imagine some modest hit in vaccine efficacy, which wouldn’t be good, but I don’t think it would break the vaccine,” said Trevor Bedford, an associate professor in the vaccine and infectious disease division of the Fred Hutchinson Cancer Research Center. 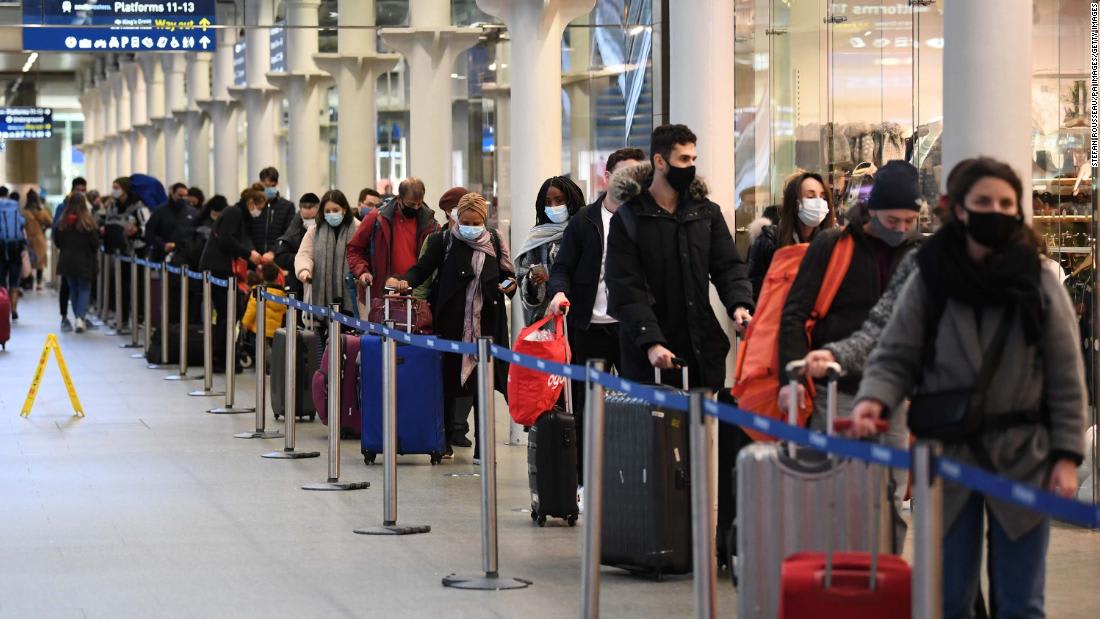 A new Covid-19 variant linked to a surge of cases in the United Kingdom is probably already in the United States, Dr. Anthony Fauci, director of the National Institutes of Allergy and Infectious Diseases, said Monday.

“You have to make that assumption,” Fauci told PBS Newshour’s Judy Woodruff. “When you see something that is pretty prevalent in a place like the UK, there are also mutations that we're seeing in South Africa, and given the travel throughout the world, I would not be surprised if it's already here."

He added that "when we start to look for it we're going to find it."

“Certainly it's not yet the prevalent one, the way it seems to have assumed that prevalent nature in the UK, but we're going to be looking for it right now, and I'm sure sooner or later we're going to run into it and find it."

Fauci said since the novel coronavirus that causes Covid-19 is an RNA virus it tends to mutate a lot.

“Most of the mutations have no functional relevance,” he said. “This one has a suggestion that it might allow the virus to spread more readily.”

Fauci said researchers are still trying to determine if the variant is more transmissible, but he said it doesn’t seem to have any impact on the deadliness of the virus.

“It doesn't make people more sick and it doesn't seem to have any impact on the protective nature of the vaccine that we're currently using,” the chief medical adviser for the incoming Biden administration said.

Fauci said researchers need to keep an eye on it to determine if “there’s more functional relevance."

He said he thinks a UK travel ban is premature because there’s not enough evidence to warrant “essentially a travel lockdown.”

Fauci said he prefers considering the possibility of mandatory testing of travelers from the UK.

President-elect Joe Biden received his first dose of the Pfizer and BioNTech coronavirus vaccine on live television Monday afternoon and reassured Americans of the vaccine's safety.

The shot, which Biden received in his left arm, was administered at ChristianaCare's Christiana Hospital in Newark, Delaware, by Tabe Mase, who is a nurse practitioner and the head of employee health services at the hospital, according to the Biden transition team.

"We owe these folks an awful lot," Biden said, thanking those involved in the vaccine's development and distribution and front-line health care workers.

"I also think that it's worth saying that this is, is great hope. I'm doing this to demonstrate that people should be prepared, when it's available, to take the vaccine. There's nothing to worry about. I'm looking forward to the second shot; so is Jill," Biden said.
"She's had her shot earlier today. She loves shots, I know," he said, taking his wife's hand as she laughed.

Biden noted that the vaccine rollout was in beginning stages and cautioned Americans about the long road ahead.

UK Prime Minister Boris Johnson held an emergency meeting with ministers on Monday, after fears about a new coronavirus variant discovered in the country prompted a chaotic border shutdown and saw British travelers shut out from dozens of countries in Europe and around the world.

Alarm over the new variant, which was first identified in England, led a number of nations to impose restrictions on travel from the UK.

France announced a temporary ban on all travel and accompanied freight on Sunday night, a potential disaster for UK exporters who rely on trade with Europe. The border closure exacerbated pre-Christmas delays, with trucks backed up from the port of Dover in the southeast of England, a key crossing point for hauliers.

Worse, the move has sparked worry that European exporters would be reluctant to send goods to the UK, for fear of not being able to return. The timing of the restrictions, just days before Christmas and the end of the Brexit transition period, raised concerns about food and medicine shortages in the UK at a critical time.

Johnson sought to allay those concerns in a televised press conference on Monday, telling Britons that "the vast majority of food and medicine supplies are coming and going as normal."

His transport secretary, Grant Shapps, added that 170 lorries were still stuck on the motorways around Dover, with more in a holding area, but said that number had been reduced from over 500 on Sunday night.

It came after Kent Police were forced to close sections of England's M20 motorway to "avoid gridlock" in the area surrounding the Eurotunnel. Operation Stack -- a contingency plan that allows part of the highway to be allocated to parked trucks -- has been put in place. 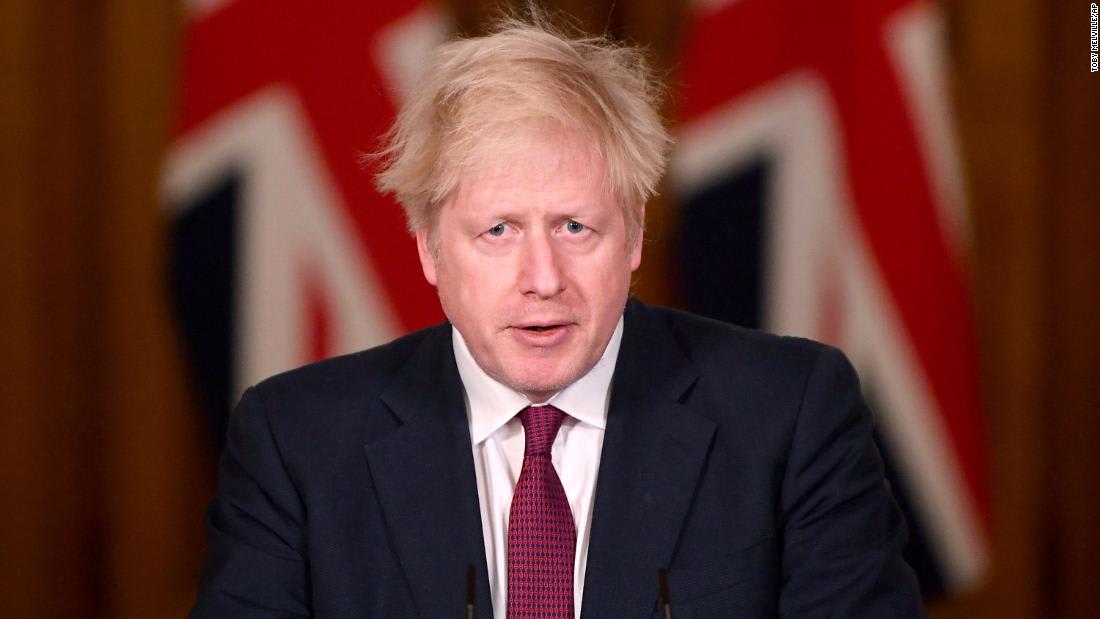