The new variant of coronavirus may require countries to vaccinate a higher proportion of their populations, raising the bar for achieving herd immunity, BioNTech CEO Ugur Sahin said in a news conference Tuesday.

"(On) the topic of herd immunity there is always the discussion about 60 to 70%," Sahin said. "But if the virus becomes more efficient at infecting people, we might need even a high vaccination rate to ensure that normal life can continue without interruption."
"But 60 to 70% of vaccination rate will really dramatically change the situation," Sahin added. "It is not that we have to deal with outbreaks if the virus becomes more effective but it still would provide a more or less normal life."

But he also added that he has "scientific confidence" that the current Pfizer/BioNTech could work against the new variant of coronavirus spreading across the UK. The full data will be available in two weeks.

According to Sahin, the new variant has nine mutations but as the vaccine contains more than 1,270 amino acids and only nine have changed it means the "99 percent of the protein is still the same."

Humanity faces an unknown number of new and potentially fatal viruses emerging from Africa's tropical rainforests, according to Professor Jean-Jacques Muyembe Tamfum, who helped discover the Ebola virus in 1976 and has been on the frontline of the hunt for new pathogens ever since.

"We are now in a world where new pathogens will come out," he told CNN. "And that's what constitutes a threat for humanity."

As a young researcher, Muyembe took the first blood samples from the victims of a mysterious disease that caused hemorrhages and killed about 88% of patients and 80% of the staff who were working at the Yambuku Mission Hospital when the disease was first discovered.

The vials of blood were sent to Belgium and the US, where scientists found a worm-shaped virus. They called it "Ebola," after the river close to the outbreak in the country that was then known as Zaire.

The identification of Ebola relied on a chain that connected the most remote parts of Africa's rainforests to high-tech laboratories in the West.

Now, the West must rely on African scientists in the Congo and elsewhere to act as the sentinels to warn against future diseases. 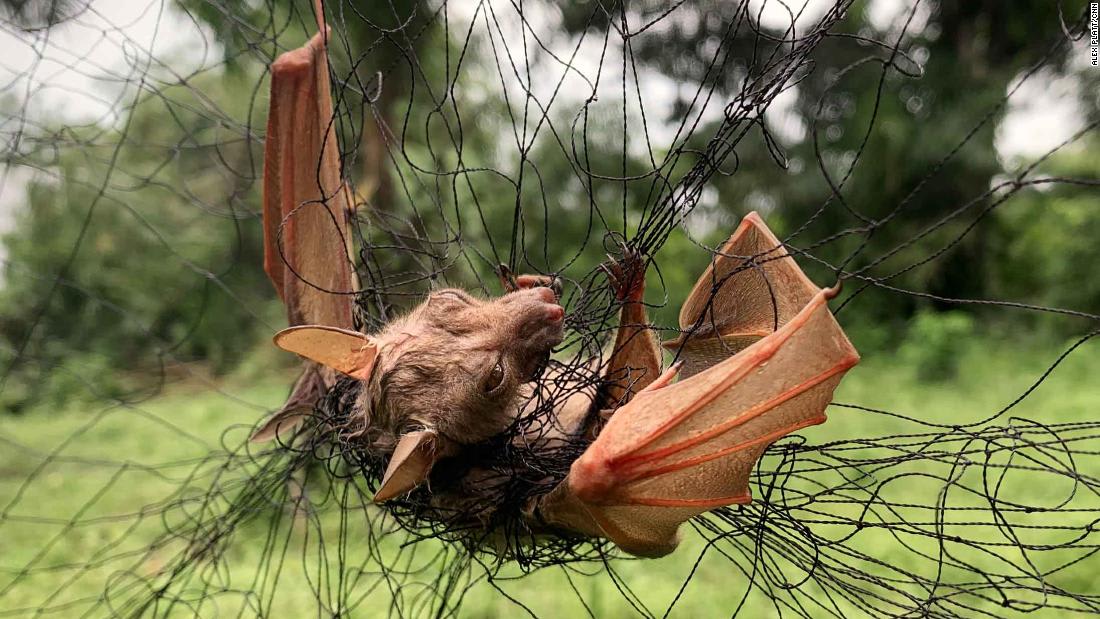 In the Congo rainforest, the doctor who discovered Ebola warns of deadly viruses yet to come

Morocco has imposed additional precautionary measures across the country including a night curfew to fight the spread of coronavirus and the new variant of the virus, state media reported on Tuesday.

Those measures will start on December 23 and last for three weeks.

A statement published on Morocco's state media (MAP) said that coffee shops, restaurants, shops, and supermarkets will close at 8 p.m. each night.

A night curfew will be imposed for three weeks between 9 p.m. and 6 a.m. nationwide except for special cases. Public and private parties will be prohibited and restaurants will be completely closed in Casablanca, Marrakech, Agadir, and Tangier for three weeks, according to the statement.

All precautionary measures previously announced will be maintained, MAP reported.

A night curfew will be in place from December 22 to January 5 in Maharashtra's western Indian state, the official account of the Chief Minister of Maharashtra tweeted Monday evening.

"The Chief Minister of Maharashtra Uddhav Balasaheb Thackeray convened a meeting on the new strain of coronavirus that has been detected in Britain. A decision to impose a curfew till January 5 from 11pm until 6am was taken," the minister tweeted.

The Health Ministry has not yet reported any cases of the new strain in India.

Maharashtra officials also imposed new restrictions on international travelers arriving in India. People from Europe and the Middle East will have to undergo a 14-day institutional quarantine, and passengers from all other countries will be required to remain in home quarantine for 14 days, a second tweet from the Chief Minister added.

The southern Indian state of Karnataka will also require passengers from UK, Denmark, and the Netherlands to remain in a seven-day home quarantine upon landing, and travelers from these three countries who have arrived in Karnataka in the last two weeks will undergo a mandatory RT- PCR Test, according to Dr. K Sudhakar, Karnataka Health Minister.

"While there is no need to panic, I urge people to continue to follow all precautionary measures and stay safe," K Sudhakar tweeted Monday.

India reported 19,556 new cases of coronavirus Tuesday, the lowest number of cases reported in a single day since July 2. The country also reported 303 new deaths, the lowest single-day toll since June 10, according to a CNN tally of figures from the Indian Ministry of Health.

Coronavirus testing is "part of the discussion" that the UK Transport Secretary Grant Shapps and his French counterpart are having right now on border closures between the two countries, UK Home Secretary Priti Patel said Tuesday.

“Getting those tests up and running, you know (it) can happen relatively quickly, but in terms of the details of that, that is something that both the transport secretary and his counterpart will be discussing right now,” Patel told the BBC.
“I don't want to speculate in terms of the nature of the testing and how soon that could be up and running," she added, noting that the Transport Secretary is expected to speak on the matter on Tuesday.

Pressed on the number of trucks currently stuck in gridlock on the M20 motorway near the port of Dover, the Home Secretary said the number continues to fluctuate.

“I think highways England have actually confirmed overnight that the numbers were now around approximately -- and this changes -- around 900. But of course, you've got to bear in mind that lorries are moving constantly,” she said.

Speaking during an interview with Sky News, Patel asserted that the government is “considering everything” to ease the situation.

“We’re considering everything, and rightly so….we have to do everything we can to stop the spread of this virus, so we’re in discussion with our French counterparts. Grant Shapps is having those discussions and we’ll find a resolution,” she said.

A night curfew will be in place from December 22 to January 5 in India's western Maharashtra state, the official account of the Chief Minister of Maharashtra tweeted Monday evening.

"The Chief Minister of Maharashtra Uddhav Thackeray convened a meeting on the new strain of coronavirus that has been detected in Britain. A decision to impose a curfew till January 5 from 11pm until 6am was taken," the minister tweeted.

India's Health Ministry has not yet reported any cases of the new strain in the country.

Maharashtra officials also imposed new restrictions on international travelers arriving in the state, which is home to India's financial capital, Mumbai. People from Europe and the Middle East will have to undergo a 14-day institutional quarantine, and passengers from all other countries will be required to remain in home quarantine for 14 days, a second tweet from the chief minister added.

Karnataka measures: The southern Indian state of Karnataka will also require passengers from the UK, Denmark, and the Netherlands to remain in a seven-day home quarantine upon landing, and travelers from these three countries who have arrived in the state in the past two weeks will undergo a mandatory RT-PCR Test, according to Dr. K. Sudhakar, Karnataka's Health Minister.

"While there is no need to panic, I urge people to continue to follow all precautionary measures and stay safe," Sudhakar tweeted Monday.

On Monday, the Indian Ministry of Civil Aviation banned flights to and from the UK until the end of the year in light of the "prevailing" situation.

The situation in India: India reported 19,556 new cases of coronavirus Tuesday, the lowest number of cases reported in a single day since July 2. The country also reported 303 new deaths, the lowest single-day toll since June 10, according to a CNN tally of figures from the Indian Health Ministry.

India has recorded more than 10 million Covid-19 cases, including over 146,000 deaths, according to the Health Ministry.

Thousands of people are facing the prospect of spending Christmas isolating at home as Australia's biggest city, Sydney, battles to contain a Covid-19 outbreak.

New South Wales -- the state that's home to Sydney -- has brought in tough rules to control a cluster which has now grown to 90 cases.

Those rules include asking contacts of coronavirus cases to self-isolate.

"There are currently many thousands of people in self-isolation," a NSW Health spokesperson said in a statement.

The spokesperson said that close contacts of confirmed cases must continue to self-isolate for 14 days since their exposure -- even if they receive a negative test result.

According to the spokesperson, that's because a person can test positive up to two weeks after exposure.

"NSW Health would like to sincerely thank everyone who is doing their part to keep their loved ones and the wider community safe. We appreciate it is difficult for people, especially at this time of year," the spokesperson said.

Tough approach: The self-isolating rules aren't the only steps NSW authorities are taking to curb the virus' spread -- and maybe even save Christmas.

The Northern Beaches municipality -- with a population of just over 250,000 -- is under lockdown until Wednesday night in an attempt to prevent new cases.

The state has also rolled out record numbers of tests -- on Monday, 44,466 new tests were carried out, and only eight new locally-transmitted cases were found.

Seven of the eight new local cases are linked to the Sydney cluster, NSW Health said Tuesday, and the eighth is still under investigation.

Where the cluster came from: NSW health minister Brad Hazzard said Monday that "patient zero" for the Avalon Cluster is likely to have been a passenger who flew to Sydney from Los Angeles on December 1.

The outbreak ended a run of around two weeks with no community transmission in Sydney, which has reported a total of 4,600 Covid-19 cases since the pandemic began.

Australia has imposed strict border rules, preventing foreigners besides those traveling from New Zealand from entering the country, and requiring international arrivals to quarantine in a state facility for two weeks at their own cost.

At least 427 new Covid-19 cases were confirmed on Monday from a Covid-19 cluster stemming from a seafood market outside of Bangkok, Dr. Taweesilp Visanuyothin, the spokesperson of the center for Thailand’s Covid-19 Situation Administration (CCSA), said Tuesday.

The cluster from the Samut Sakhon province has grown to more than 1,000 in a few days, mostly among migrant workers.

Train travel between Samut Sakhon province and Bangkok has been suspended until January 3. Foreigners are currently prevented from entering or leaving Samut Sakhon.

Thailand has reported more than 5,200 Covid-19 cases and 60 deaths since the start of the pandemic.

What officials are doing: Authorities have extended screening of foreign workers in all fresh food markets in Bangkok and construction sites in the city.

"Migrant workers are not allowed to travel in or out of the (Samut Sakhon) province. Local people can travel to other provinces but have to report their destination to the authorities," Samut Sakhon's governor said on Monday.

A pilot from New Zealand who was a close contact of Taiwan's first locally transmitted case in more than 250 days is facing a fine after failing to disclose a complete history of his activities during a contact tracing investigation.

Taiwan on Tuesday reported its first local Covid-19 case since April -- a woman in her 30s.

According to Taiwan's Health Ministry, the woman tested positive for coronavirus after coming in contact with the New Zealand pilot -- a man in his 60s -- between December 8 and 12.

The pilot flew to the United States on November 29 and returned to Taiwan on December 4, Taiwan's Center for Disease Control said in a news release. He was tested on December 18 and tested positive for antibodies on December 20.

He's now facing a fine of between 60,000 to 300,000 New Taiwanese dollars ($2,100 to $10,600) for "failing to inform" authorities of a complete history of his activities and who he had contact with during the contact tracing investigation.

Read more about the situation in Taiwan: 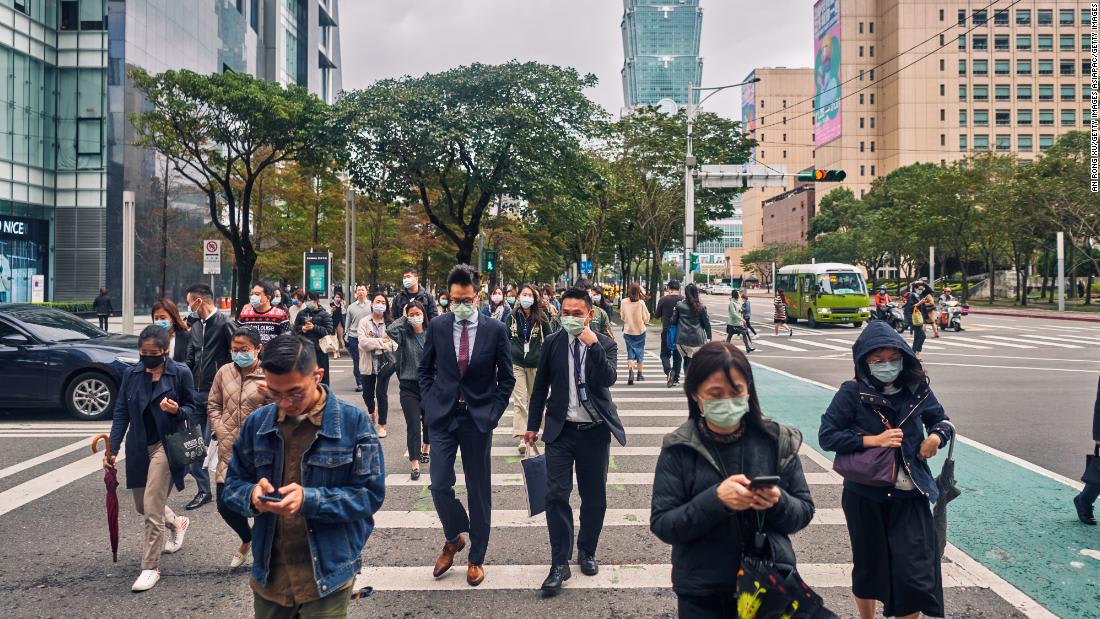