Dr. Francis Collins, director of the National Institutes of Health, told CNN’s Erica Hill on Wednesday that he was concerned about what is being missed with coronavirus surveillance and that “this has been a concern of mine for several months.”

Collins said US surveillance “is going to get beefed up now, and we will be able to determine this.”

“It’s unlikely that this mutant is not already here, given that it was first detected in the UK back in September and there’s been a lot of people going back and forth,” he said. “So, it would be surprising if it has not arrived on our shores.”

Dr. Francis Collins, director of the National Institutes of Health, told CNN’s Erica Hill on Wednesday that the data on the new coronavirus variant and its transmissibility in children is “still very early.”

He said he is “not yet convinced that the discussion about children is necessarily undergirded by rigorous science.”

Collins added that he thinks he believes that the variant is more transmissible among adults, but “we need more data on the kids to be sure that that signal is there.”

If it is, he said, it wouldn’t be surprising, “if this is a virus that’s particularly good at transmitting in adults, why not with kids as well.”

He pointed out that very importantly, “nobody has seen any evidence that this causes more severe illness, only that it spreads more rapidly. Very important distinction.”

Some context: Experts in the UK suggested this week there was a “hint” that the new coronavirus strain could have “a higher propensity to infect children,” compared with earlier strains, although it has not been shown to be more dangerous than others strains, or more dangerous for children than adults.

When asked about the Trump administration's deal to purchase an additional 100 million doses of Covid-19 from Pfizer, Dr. Rochelle Walensky, incoming director of the US Centers for Disease Control and Prevention, said this is a "good thing," but more money will be needed to get the country vaccinated.

"I certainly think more vaccine is better than less vaccine … but we can't let up on the measures that we have right now," Walensky told CNN's John Berman Wednesday.

Walensky said money for vaccine distribution in the coronavirus relief bill passed by Congress this week is just a "just a down payment" for what’s actually needed.

"I am really enthusiastic about this bill that Congress passed that will allow $8.75 billion towards vaccine distribution assuming it will go through ... but I also want to convey that I believe that that's just a down payment to what needs to happen in order to get, you know, to every corner of the country," said Walensky.

Remember: Congress voted Monday evening to approve a far-reaching $900 billion Covid relief package that promises to accelerate vaccine distribution and deliver much-needed aid to small businesses hit hard by the pandemic, Americans who have lost their jobs during the economic upheaval and health care workers on the front lines of the crisis.

Read more about what is in the second stimulus package here.

President Trump's surprise Tuesday night video cataloging his complaints about the massive — and painstakingly negotiated — $900 billion coronavirus relief bill immediately raised the specter of a government shutdown and economic turmoil at a time when aid is desperately sought for millions of Americans.

The President didn't explicitly threaten to veto the bill, and his White House said earlier in the night that he would sign it, but in a video released on Twitter, he added a layer of confusion to a delicate process that includes not only Covid-19 relief but a $1.4 trillion omnibus spending package that funds the federal government.

Here are some key things to know:

First, some facts: The White House explicitly told Senate Republicans weeks ago that it supported pursuing the omnibus (all 12 appropriations bills tied into a single big package) and those negotiations took place for weeks.

The White House was fully aware of what was in the bill and what was agreed upon, though White House officials acknowledged late Tuesday that Trump himself had not received a detailed briefing on the package before its passage.

Most of the items the President listed off as problematic in his Tuesday night video weren't from the Covid relief piece of the package. They were from the omnibus. Most, if not all, of those items were similar to items in past spending packages the President has signed.

Most notably, two people involved with the matter say, the President is fired up about the foreign aid in the package. Again, that has been part of each spending package he's previously signed — but Trump was riled up in part by commentators on conservative media who complained about the aid, according to people familiar.

There is no appetite for changes on Capitol Hill: As for his request to "amend" the bill, well, both chambers have passed the legislation, and at this point, aides on both sides say, there's no plan to make any move to acquiesce to the President's request on the cleared package. Early talk is that both sides may just ignore it and see if he cools off. The government is operating under a seven-day continuing resolution, so there's some time here. The real deadline is December 28.

"Maybe he'll become obsessed with something else and forget about this whole episode," one senior Democratic aide told CNN. "Or maybe he'll just blow the thing up. Perfect coda to his time in office."

But at the moment, aides on both sides of the aisle are mostly just dumbstruck.

"It's a weird thing where I'm not at all surprised because of course he'd do this, but also kind of stunned because he's been so preoccupied with everything else that this seemed in a good place," one senior Republican aide told CNN.

That was a drop off from the week before but still a high number and yet another sign that the US job recovery has run into serious trouble.

On top of that, 397,511 workers filed for benefits under the Pandemic Unemployment Assistance program, which provides aid to groups that aren't usually eligible for jobless benefits, such as the self-employed. That number is not adjusted for seasonal swings.

Continued claims, which count workers who have applied for benefits for at least two weeks in a row, stood at 5.3 million, up from the prior week.

Congress agreed on a new round of stimulus to combat the fallout from the pandemic over the weekend. It would include an extension of the unemployment benefits that millions of Americans need to make ends meet.

However, President Trump's complaints about the bill, delivered on video via Twitter on Tuesday, raised the risk of more economic turmoil, not to mention a government shutdown. Trump asked Congress to amend the bill and up the amounts paid in stimulus checks.

Dr. Rochelle Walensky, incoming director of the US Centers for Disease Control and Prevention, said on Wednesday that communication is key and she is “very much” planning to go back to having regular CDC briefings.

“I think communication has to be key here. The public needs to know what we know. They need to know the good and they, there will be some bad news, I’m certain of it, they need to know that too. And so yes, I very much plan to do so,” Walensky told CNN’s John Berman when he asked about regular CDC briefings.

During past major health events, CDC has typically provided regular updates to the media. During the coronavirus pandemic, briefings from experts at the United States’ major public health agency have been rare.

Walensky also told CNN that said she hasn't had much contact with the US Centers for Disease Control and Prevention since being nominated by President-elect Joe Biden to be the agency’s next director.

"I had a very pleasant conversation with the current CDC director the night I was named, and I've had no, no yet conversations with anybody in the CDC, so far. Our transition team has been working toward that and has been updating me and briefing me on a regular basis as to what they have learned," Walensky told CNN Wednesday. 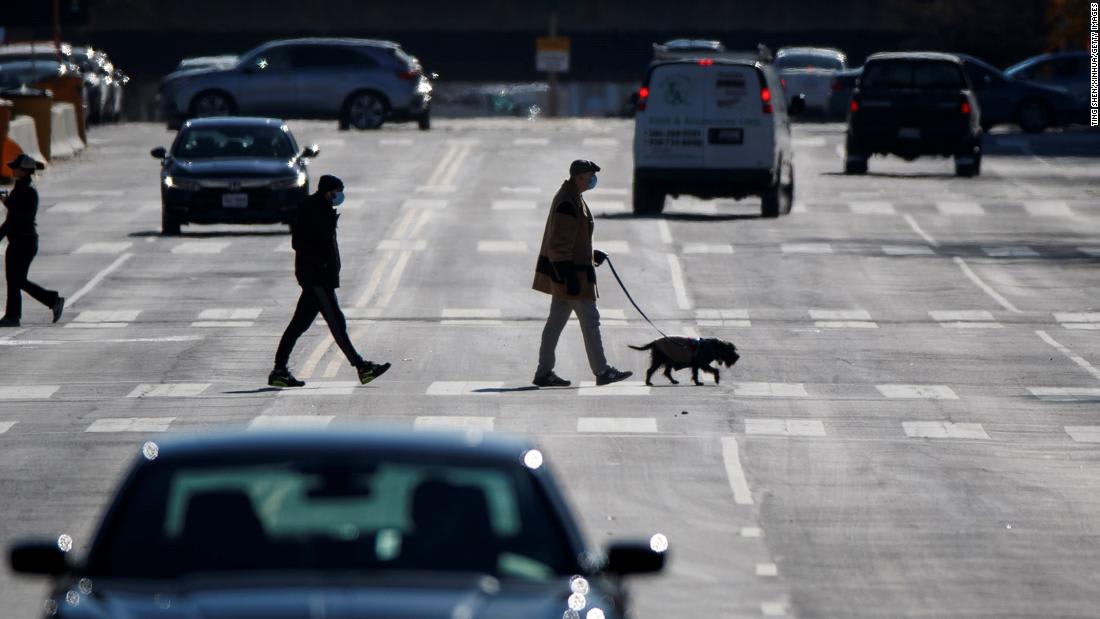