The border between the United Kingdom and France is to remain open over Christmas to ensure that hauliers and citizens are able to continue crossing the English Channel, the UK Transport Secretary tweeted Thursday.

Thousands of truck drivers were still waiting to cross the Channel after the two countries struck a deal earlier this week. France had closed its border with the UK over fears about a new Covid-19 variant.

Under the deal struck on Tuesday, people need proof of a negative Covid-19 test conducted in the past 72 hours. Housing Secretary Robert Jenrick cautioned on Wednesday that the process of testing all those stuck in gridlock could take days.

According to France’s ambassador to the UK, Catherine Colonna, 26 French firemen were sent to the port of Dover on Thursday morning to support efforts to carry out testing for truck drivers, bringing with them 10,000 coronavirus tests.

Russia has reported 29,935 new cases of coronavirus and 635 deaths in the past 24 hours, according to data published by the country’s coronavirus task force on Thursday. It's the highest daily increase in the country since the beginning of the Covid-19 pandemic.

Janese Cockfield refused to sit idly by as her twin sister, Janice, lay in a coma 600 miles away, batting to survive Covid-19.

"I was constantly on the phone calling," Janese said. "I was just thinking about how do we get Janice back home, and that's it."

Janese and Janice shared their experiences in an emotional interview with CNN's Brooke Baldwin on Wednesday, detailing the months-long ordeal the family endured after Janice was rushed to the emergency room.

Janice told CNN she spent about 115 days in the hospital and rehabilitation clinics recovering from Covid-19 after its onset in March. She said that she was ventilated and in a coma for 57 of those days.

The 59-year-olds' story gained attention after they were profiled in the Atlanta Journal-Constitution. Janice is an Atlanta-based employee of Delta Air Lines and Janese resides in Miami.

Janese told CNN she didn't realize until reading the article that staff in the medical facility were telling her repeatedly that Janice was near death.

"I wasn't hearing it, I wasn't having it, because my mind could not wrap around the fact that she was not gonna be there," Janese said.

Janese credited her faith and the advice of her general practitioner to stay optimistic about Janice.

Airline gift: At the end of the interview, the sisters received a message from Delta CEO Ed Bastian.

"Please let Janice know while she was in the coma, we (including myself) were following her progress daily and including her in our prayers. She is a miracle and we are so proud of her strength in this fight," the statement said, as read on air by CNN's Baldwin.
It continued, "Also let her know I can't wait to send her and her sister on a first class trip, on me, anywhere in the world we fly when she's able to travel. Merry Christmas!" 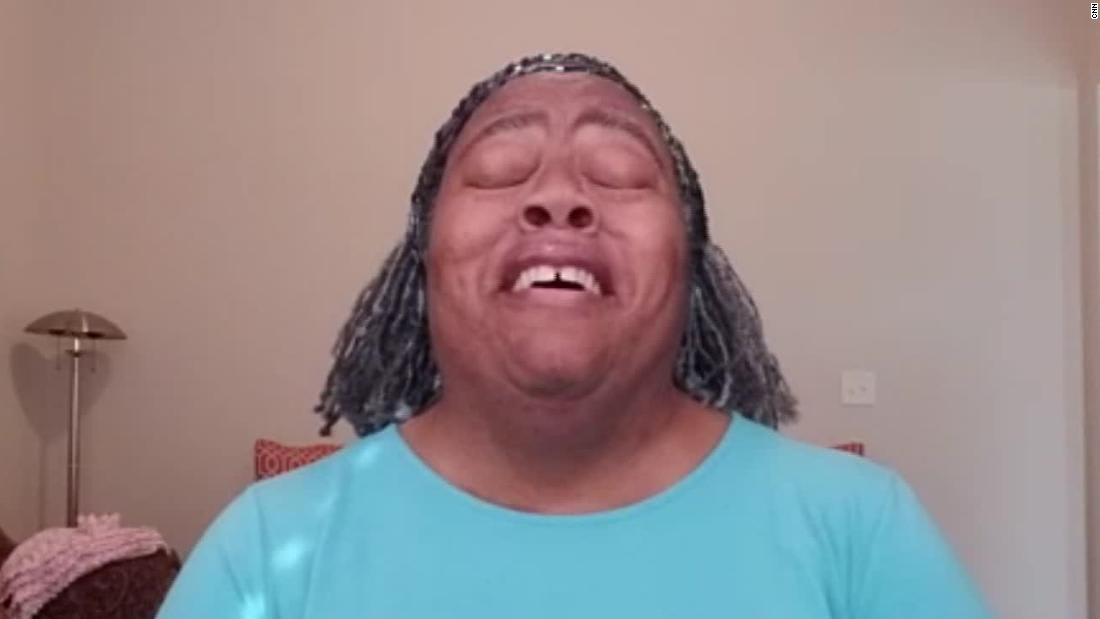 The global pandemic made 2020 an exhausting year, but for many people one thing brought some much-needed relief -- animals.

Shelters have reported so many foster and adoption applications that some have run out of animals for the first time ever. One New York nonprofit saw a 1,000% increase in dog foster applications in March, compared to the same time last year.

But it's not just cats and dogs enjoying more of our attention; people have embraced more unconventional pets, formed bonds with wildlife, and developed communities around their local animals.

With many schools and workplaces moved online, prolonged lockdowns, and heightened isolation, comfort can come in the form of a kangaroo, wombat, ferret, or even a snail.

Here are a few stories of people who found joy this year in the most unexpected of creatures: 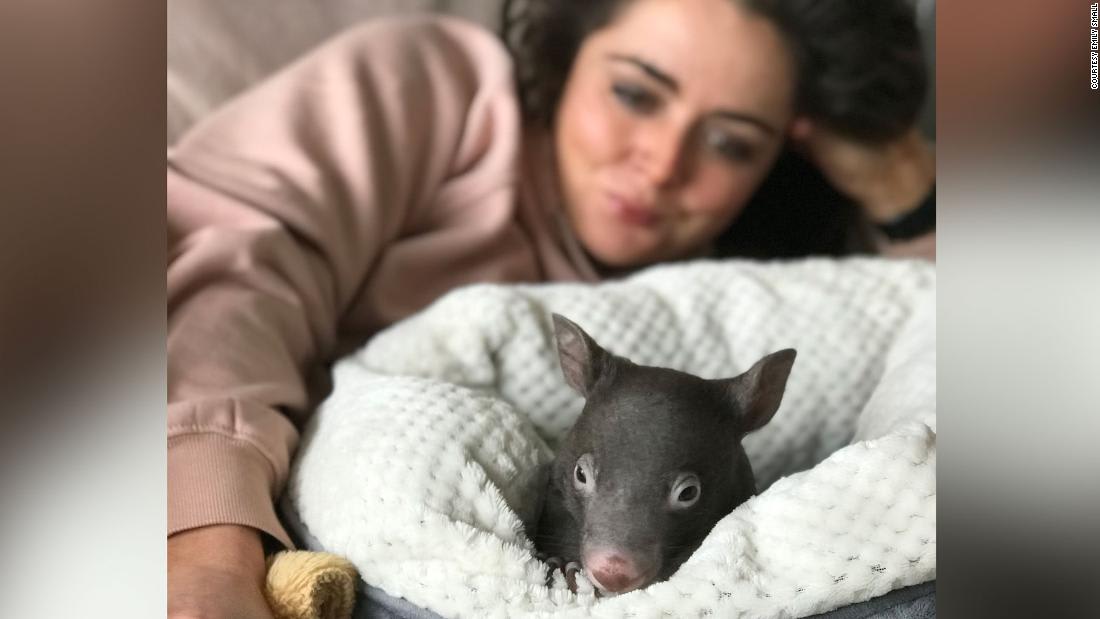 Wombats, snails, ferrets: The animals that brought us joy during the pandemic

Tokyo reported 748 new cases -- the capital's second-highest number of infections confirmed in a single day, according to the city's metropolitan government.

The total number of infections confirmed in the country stands at 206,851.

"It's the time to take all possible measures we can," Shigeru Omi, the chairman of the panel, said Wednesday.

The panel recommended people cancel travel during the end of year holiday season, and discouraged new year's events and parties.

China's CoronaVac vaccine is the "the safest among the vaccines currently tested across the world," a top official at Brazil's leading biomedical research center said Wednesday, without releasing data to support the claim.

Butantan Institute director Dimas Covas made the comments at a news conference in São Paulo Wednesday, saying contractual obligations prevented him from speaking publicly about the vaccine’s efficacy.

The vaccine is currently in late-stage clinical trials in Brazil. The trials are being conducted by Chinese vaccine company Sinovac Biotech and the Butantan Institute.

Covas said all data collected in Brazil's trial was sent to China for Sinovac to review. Trial data will be released in time for a global media event in January.

Covas also said that while he could not discuss the findings of the trial, CoronaVac is effective enough to request emergency use authorization in both China and Brazil, signaling the vaccine is at least 50% effective.

The Pfizer-BioNTech and Moderna vaccines approved for emergency use in the United States are both up to 95% effective.

On Thursday, Brazil will receive 5 million doses of the CoronaVac vaccine, Covas said.

CNA reported the company dismissed the New Zealand pilot, who did not wear a mask and infected two colleagues.

The pilot, aged in his 60s, also failed to disclose information to the company and health officials.

What's the background? On Tuesday, Taiwan's Health Ministry announced that it had recorded its first locally-transmitted coronavirus case since April.

The island has had one of the most successful pandemic responses in the world, and the new infection ended a 255-day run without local transmission, underscoring the difficulties in controlling the virus even in areas where it has been largely stamped out.

Who was infected? According to the Health Ministry statement, a woman in her 30s was infected after having contact with the foreign pilot, who also tested positive for the virus, between December 8 and 12. Contact tracing investigators found the pilot had visited “multiple public places” during that time period.

The pilot flew to the United States on November 29 and returned to Taiwan on December 4. He underwent Covid-19 testing on December 18 and tested positive for antibodies on December 20.

Possible fine: The pilot may also face a fine of 60,000 to 300,000 New Taiwan dollars ($2,100 to $10,600) for "failing to inform" authorities of his complete contact and activity history during the contact tracing investigation.

California has become the first US state to surpass 2 million confirmed cases of Covid-19, according to data from Johns Hopkins University, as infections continue to rise rapidly and ICUs remain near or at full capacity.

As of 10 p.m. PT Thursday, California had reported 2,002,494 Covid-19 cases, JHU data showed. A total of 23,558 Californians have died of complications from the disease since the start of the pandemic.

California hit 1 million cases on November 12, approximately nine months after reporting its first infection. It has taken less than six weeks for the state to add another million cases.

The state's seven-day positivity rate now stands at 12.6%, a slight decrease from previous weeks. However, 55 of California's 58 counties remain in the most restrictive purple tier of the state's Covid-19 reopening system, which have resulted in the closure of many non-essential indoor business operations.

California Gov. Gavin Newsom has attributed the recent surge in cases to people relaxing their physical distancing efforts and gathering with people outside of their households, especially during the holidays.

According to JHU data, Texas currently has the second highest number of Covid-19 cases nationwide with 1,648,569 confirmed infections.

CNN has reached out to Gov. Newsom's office and the California Department of Public Health for comment.

A total of 228,131 new coronavirus cases and 3,359 virus-related deaths were recorded in the United States on Wednesday, according to Johns Hopkins University data.

Wednesday marks the third-highest number of Covid-19 deaths reported in a single day in the US.

The worst five days for new deaths are: