A total of 228,131 new coronavirus cases and 3,359 virus-related deaths were recorded in the United States on Wednesday, according to Johns Hopkins University data.

Wednesday marks the third-highest number of Covid-19 deaths reported in a single day in the US.

The worst five days for new deaths are:

The patient, who received the vaccine on Tuesday, is "stable and appears to be recovering," ADPH said.

The department said the patient had a previous history of severe allergic reactions to biological agents but decided to receive the vaccine following a risk assessment.

"As required by the emergency use authorization (EUA), the adverse reaction has been documented and reported to the manufacturer," ADPH added.

The UK has announced a travel ban on anyone who has been in or transited through South Africa in the past 10 days due to an “increased risk from a new strain of coronavirus,” the country's Department for Transport said in a statement.

The ban begins Thursday, December 24 at 9 a.m., according to the statement.

Only British and Irish nationals, visa holders and permanent residents coming from South Africa will be able to enter England, but they will be required to self-isolate for 10 days with their households, the Department for Transport said in its statement.

The ban excludes cargo and freight without passengers.

This decision comes on information from health authorities in South Africa of a Covid-19 variant strain that is different to the UK variant, “meaning a travel ban is critical to prevent further domestic infection,” the Department for Transport statement says.

The new variants: There is no evidence to suggest that the new Covid-19 variants discovered in the UK and South Africa have a different impact on people, according to Dr. Moncef Slaoui, the chief scientific adviser for Operation Warp Speed in the United States.

During a media briefing Wednesday, Slaoui said that while there is data suggesting -- but not demonstrating -- that these variants may be more infectious, there is no evidence that their pathogenesis or impact on people is any different than the strains that have been circulating.

According to the contract, South Korea will import doses for 6 million people from Janssen, 2 million more than announced in early December. Vaccination using Janssen's doses will begin in the second quarter of 2021, Chung added.

South Korea will also import vaccine doses for 10 million people from Pfizer in the third quarter of 2021, Chung said. Chung added that the government is making all possible efforts to bring in the Pfizer vaccine in the second quarter of next year.

South Korea is home to around 52 million people.

The situation in South Korea: The East Asian country recorded 955 local and 30 imported Covid-19 cases Wednesday, of which 644 were from the Seoul metropolitan area, Korea Disease Control and Prevention Agency (KDCA) said in a news release on Thursday. An additional 17 deaths were reported Wednesday.

The latest numbers brings the total tally of cases since the start of the pandemic to 53,533, including 756 deaths.

The frequency of allergic reactions to Pfizer’s Covid-19 vaccine is greater than what would be expected for other vaccines, Dr. Moncef Slaoui, chief scientific adviser for Operation Warp Speed said Wednesday.

Slaoui said the last time he was updated on allergic reactions was Tuesday, when there were six cases.

He noted that the data on coronavirus immunizations is lagging behind the actual numbers.

“That frequency, as it stood yesterday, is superior to what one would expect with other vaccines,” he said.

Slaoui said there are discussions between the vaccine makers and the National Institutes of Health to consider running clinical trials of Covid-19 vaccines in very allergic populations, such as those who have to carry an EpiPen with them at all times.

He said a trial could help understand the rate of allergic reactions and what is provoking them.

The United States reported 119,463 current Covid-19 hospitalizations on Wednesday, setting a new record high since the pandemic began, according to the Covid Tracking Project (CTP).

This is the 22nd consecutive day that the US has remained above 100,000 current hospitalizations.

The highest hospitalization numbers, according to CTP data, are:

An ensemble forecast published Wednesday by the US Centers for Disease Control and Prevention now projects there will be 378,000 to 419,000 coronavirus deaths in the United States by Jan. 16.

Unlike some individual models, the CDC’s ensemble forecast only offers projections a few weeks into the future. The previous ensemble forecast, published on Dec. 17, projected up to 391,000 coronavirus deaths by January 9.

More than 325,500 people have already died from Covid-19 in the United States, according to data compiled by Johns Hopkins University.

While the coronavirus pandemic continued to surge throughout the summer and fall, federal government officials repeatedly offered a ray of hope: enough vaccine doses to vaccinate 20 million Americans by the end of December.

But after the first week of vaccine distribution and with only nine days left to meet their self-imposed deadline, Operation Warp Speed is on track to fall well short of 20 million shots in arms.

One count, from the US Centers for Disease Control and Prevention, shows about 9.5 million doses have been distributed as of Wednesday morning and just over a million people have been vaccinated -- not even close to the 20 million goal Warp Speed originally set.

Officials at US Health and Human Services and the CDC say the agency's tallies are undercounting many vaccinations due to data lags, but even accounting for reporting delays, the US vaccination program appears to be taking longer than Warp Speed officials projected.

One early hurdle: A two-day US Food and Drug Administration requirement to assess each shipment of vaccine for quality control slowed down distribution. States were told by OWS to expect fewer doses for week two than originally planned. With the 20 million number seeming further from reach, OWS officials acknowledged Monday they may not get there until January.

"We do still feel strongly that we will have allocated to the states by the end of the year 20 million doses of vaccine that'll be available," Gen. Gustave Perna, Operation Warp Speed's chief operating officer said during the call Monday. "We feel confident that we will be distributing the end part of that vaccine no later than the first week in January for everybody to have access to." 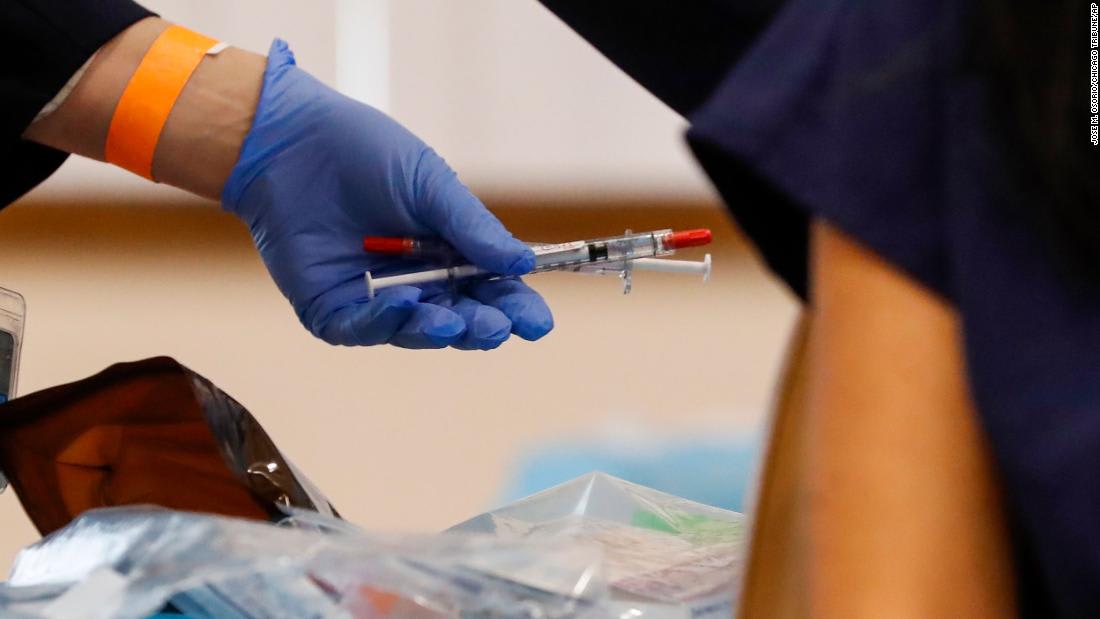 US officials promised 20 million vaccinated against coronavirus by the end of the year. It's going slower than that