Despite warnings from health officials to not travel this holiday season due to the pandemic, the Transportation Security Administration says it screened at least 616,469 people at security checkpoints across the United States on Christmas Day.

That’s just 23% of the people screened on the same day a year ago and half of the pandemic air travel record set on Wednesday.

This is a lull before numbers are expected to tick up again this weekend.

Travel experts tell CNN to expect that Sunday will be another big day for air travel, especially after several days of about a million people being screened daily in the lead-up to Christmas.

Chicago is among the cities across the country that could face roadblocks to vaccine access due to a lack of major pharmacy and grocery chains in their poorest Black and brown neighborhoods.

Public health experts identify these communities as "pharmacy deserts" — areas where a substantial number of residents have limited access to retail or independent pharmacies. The problem is largely found in areas with low income residents who have barriers to transportation.

Civil rights leaders and health advocates fear the disparity could leave underserved communities scrambling to figure out how to vaccinate everyone as the federal government says pharmacies will play a key role in vaccine distribution.

"It's going to be a mad scramble particularly if this vaccine is seen as safe and effective," said Rev. Marshall Elijah Hatch Sr., of New Mount Pilgrim Missionary Baptist Church on Chicago's west side. "It's very difficult to imagine that there's going to be some kind of egalitarian distribution. We are going to have to fight."

The US Department of Health and Human Services (HHS) announced on Nov. 12 that the US government was partnering with large chain pharmacies and networks that represent independent pharmacies and regional chains to expand access to future Covid-19 vaccines.

The list of pharmacies included CVS, Walgreens, Rite Aid and large grocery chains with pharmacies such as Walmart, Kroger, Costco and Publix.

"Pharmacy vaccinators are crucial public health partners for increasing access and convenience of Covid-19 vaccines," HHS said in a news release. "By working with these partners, the federal government will rapidly expand access to Covid-19 vaccines."

But relying on pharmacies to expand vaccine access could be challenging.

Between 2000 and 2010, there was a 20% increase in the number of pharmacies in White communities, with no expansion in minority communities, the study found. 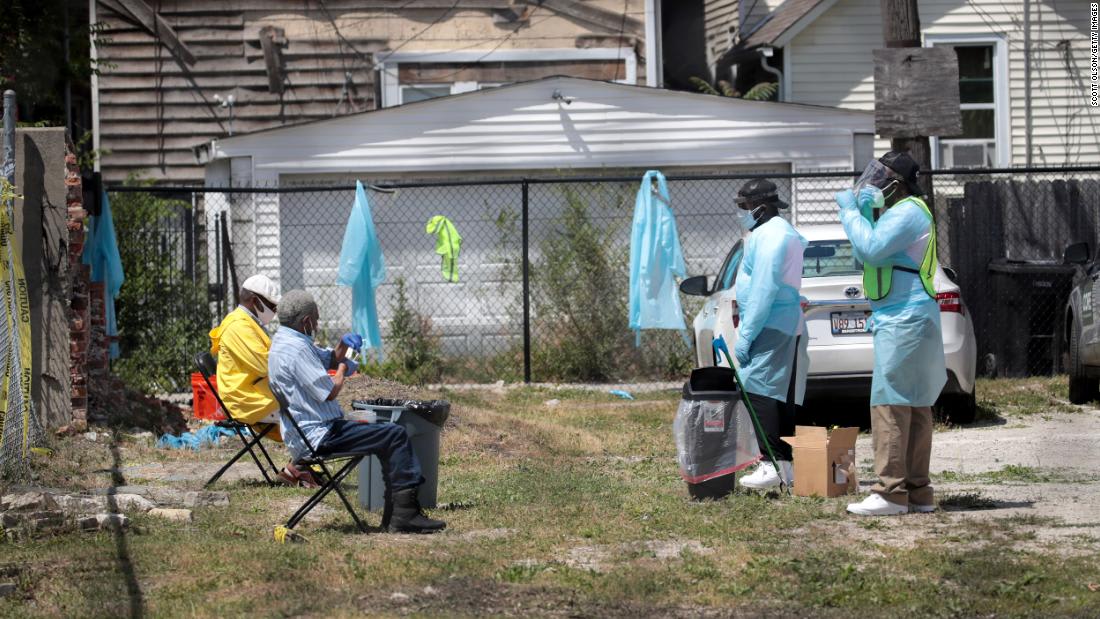 Their communities are deserted by pharmacies. Advocates fear this will lead to inequitable vaccine access

The 65-year-old posted a photo of himself with medical equipment in the background, wearing a facemask with the logo of the NFL team Pittsburgh Steelers.

Norman won the 1986 and 1993 British Opens, spent over 300 weeks at the top of the world golf rankings and is nicknamed the "Great White Shark."

This sums it all up. My Christmas Day," he wrote.

In a post peppered with expletives, Norman said he wanted to "get this [virus] behind us never to experience it again."

He had been quarantining at his home in Jupiter, Florida after developing mild symptoms earlier in the week although an earlier Covid-19 test taken on Tuesday had proved negative.

Norman competed in last week’s PNC Championship in Orlando with his son Greg Jr., finishing in a share of ninth place.

South Korea will require additional coronavirus tests for travelers from South Africa before they can be released from 14-day mandatory quarantine upon arrival in the country, the government said in a press release Saturday.

If a traveler from South Africa tests positive for the coronavirus, the government will conduct additional testing for the new variant spreading in the UK, the Disease Control and Prevention Agency added in the statement.

A similar variant to the one identified in the UK has been discovered in South Africa, where scientists say it is spreading quickly along coastal areas.

On Wednesday, South Korea suspended flights from the UK until December 31 due to concerns over the new variant. It also suspended the issuance of quarantine exemptions at South Korean consulates in the UK.

All travelers from the UK must undergo 14 days of quarantine and take an extra coronavirus test.

Four people in Madrid have been diagnosed with the Covid-19 variant detected in the UK earlier in the month, the health advisor for the region, Antonio Zapatero, said during a press conference on Saturday.

According to Zapatero, one of the infected people arrived from the UK and was diagnosed on Thursday.

The three others are members of their family, who went to the hospital after exhibiting symptoms.

“The situation of the confirmed patients is [not] serious,” Zapatero said, urging caution but also asking people to remain calm.
“We know this variant is more transmissible, but it does not cause a more severe reaction.”
“There are other three suspected cases whose test results should be ready Tuesday or Wednesday,” Zapatero added.

The UK variant has an unusually large number of mutations -- 14 changes and 3 deletions in its genetic code that impact the building blocks of its proteins, according to the US CDC.

Scientists advising the UK government have made a preliminary estimate that this variant could be up to 70% more effective at spreading than others.

Beyoncé will offer $5,000 in grants to help people facing foreclosures or evictions due to the housing crisis caused by the coronavirus pandemic.

People can apply for the grants beginning January 7, 2021, the singer announced on her website Tuesday. Grants will be sent out to the 100 people selected in late January.

"Beyoncé is continuing her heart of support and helping where needed most. Phase Two of the BeyGOOD Impact Fund will now help those impacted by the housing crisis," a news release on the singer's website reads.

"The housing moratorium is set to end on December 26th, resulting in mortgage foreclosures and rental evictions. Many families are impacted, due to the pandemic that resulted in job loss, sickness and overall economy downturn," the release said.

An estimated 9.2 million renters who have lost income during the pandemic are behind on rent, according to an analysis of Census data by the Center on Budget and Policy Priorities. 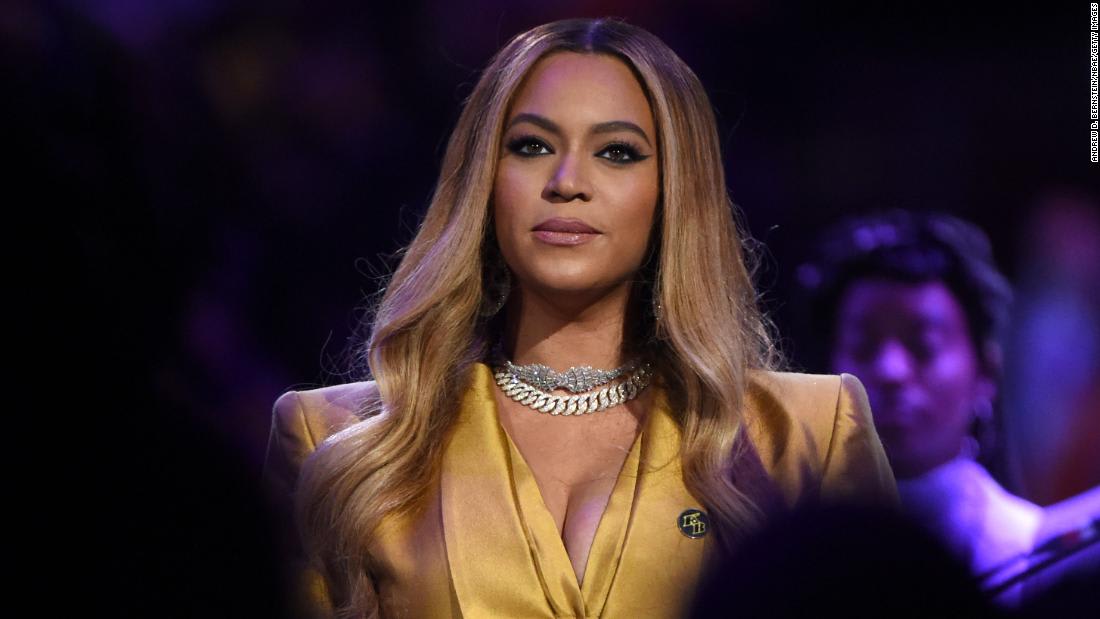 Beyoncé to donate $500,000 to people impacted by the eviction crisis

Russian President Vladimir Putin began 2020 with a surprise, sweeping his entire government aside on January 15 after unveiling a raft of constitutional reforms.

Observers were quick to read the fine print: The constitutional overhaul would reset the clock on presidential term limits, potentially extending Putin's hold on power until 2036. A referendum was set for April, and Putin seemed to be coasting toward a presidency-for-life.

What followed instead was an annus horribilis for Russia, and perhaps Putin's most challenging year to date.

As Covid-19 started to spread around the globe, Russia briefly appeared to be on the front foot. The country sealed its border with China, and Putin boasted that the virus was "under control," thanks to what he described as robust early measures to halt the spread of the disease.

But that approach was little more than bluster and spin. Not long after the government announced a nationwide lockdown that began on March 28, it became clear the country was in the grip of a major public health crisis. 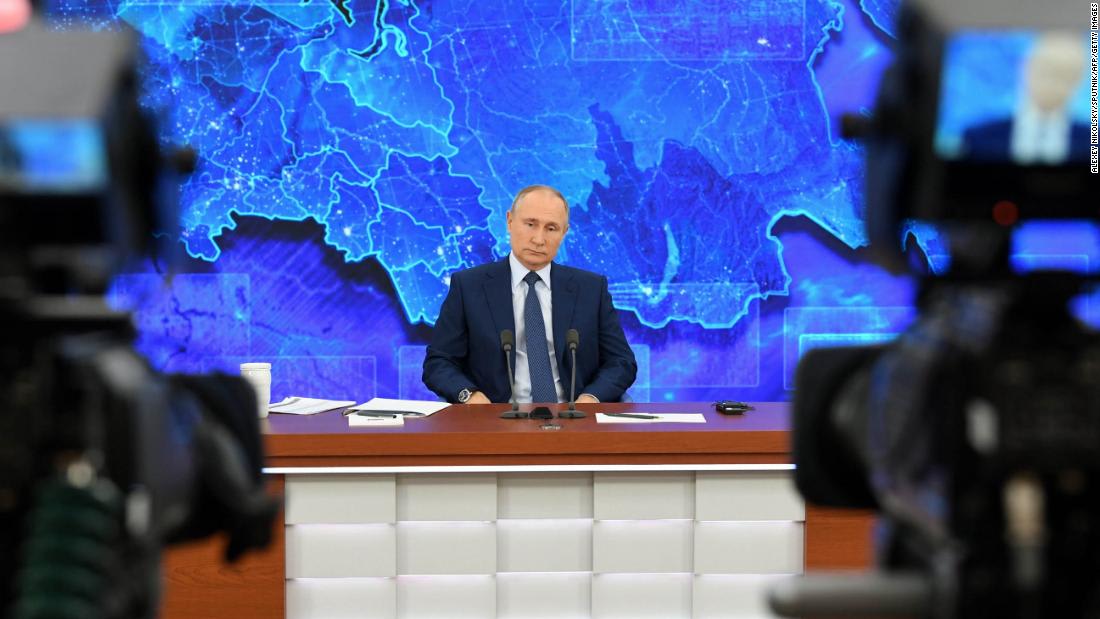 Turkey will require a negative coronavirus test from air passengers entering the country from December 28, according to the Turkish health minister.

Travelers entering via sea and land borders will also be required to present a negative PCR test result from December 30.

The test must be carried out within 72 hours of boarding, Health Minister Fahrettin Koca said in a statement Friday.

The measures will be in effect until March 1, the statement said.

In addition to the coronavirus test, Turkey will also require a mandatory home quarantine for people who have been in the UK, Denmark or South Africa in the previous 10 days, the statement said.

Those passengers will be required to get a coronavirus test on day 7 of their quarantine, and will be allowed to conclude their quarantine if they receive a negative result.

Turkey has finalized a deal to obtain the Pfizer/BioNTech Covid-19 vaccine, Koca said in a tweet. The deal includes 550,000 doses to be delivered by early January and 4.5 million doses by the end of March, the tweet added.

Norway has extended its ban on direct flights from the United Kingdom until December 29, amid concerns about the new coronavirus variant spreading in Britain, according to a Ministry of Health spokesperson.

Norway first imposed the flight ban on December 21. It also imposed additional coronavirus testing and tracing measures for travelers arriving from the UK, which will be in effect until January 10, according to a Ministry of Health statement.

"We must ensure that the strain of the virus that has been detected in the United Kingdom is prevented from spreading to Norway insofar as this is possible," Health and Care Services Minister Bent Høie said in the December 21 statement. "This is in line with the advice we have received the Norwegian Directorate of Health."