UK Health Secretary Matt Hancock welcomed the approval of the Oxford/AstraZeneca vaccine by the country’s regulator on Wednesday, adding that the UK would be “out of this by the spring.”

In an interview with Sky News, Hancock called the approval “fantastic news,” saying that the country’s National Health Service was “standing ready to deploy, at the sort of pace that is needed to be able to help us to get out of this pandemic by the spring.”

The vaccine, developed at Oxford University with support from the British-Swedish pharmaceutical giant AstraZeneca, has become the second to receive approval from the UK’s Medicines and Healthcare products Regulatory Agency.

Hancock told Sky News that the UK has ordered 100 million doses -- enough to vaccinate the entire population. It plans to roll out the vaccines from January 4, and accelerate the deployment over the first few weeks of the year.

“There’s a route out of this. The vaccine provides that route out. It will be by the spring, and we can say that now with confidence that we will be, we will be able to get out of this by the spring and will roll out this vaccine, we'll get people vaccinated just as quickly as possible,” he added.

The health secretary also said the approval of the Oxford/AstraZeneca vaccine was “good news for the whole world” because of its relatively low cost and storage conditions.

“It's good news for the whole world, because this vaccine is relatively cheap to produce, because it's relatively easy to handle and just can be stored at a normal fridge temperature.
"It can be used right around the world.”

“We will now move to vaccinate as many people as quickly as possible,” his tweet read.

A “limited number” of patients infected with the new coronavirus variant have been detected in the United Arab Emirates, government spokesman Omar al-Hammadi said on Tuesday.

The spokesman said that the cases arrived from abroad but did not clarify how many patients were detected or where they traveled from.

“As the new coronavirus variant was emerging in Britain and with the (Emitari) health sector continuously screening, it was confirmed that there are limited cases in the UAE which have traveled from abroad,” Hammadi said in a televised news conference.

Many countries have banned flights from the United Kingdom since the country announced earlier this month that it had found a new, more contagious strain of the virus

The Emirate of Dubai has maintained international flights however even as other Gulf countries closed down, including Saudi Arabia, which extended an entry ban to the country for another week.

The UAE reported 1,506 coronavirus cases on Tuesday, bringing its total confirmed infections to 204,369, according to the country's Health Ministry.

AstraZeneca has promised to supply hundreds of millions of doses of its Covid-19 vaccine to low and middle-income countries, and to deliver it on a not-for-profit basis to those nations in perpetuity.

The vaccine, developed at England's Oxford University, was approved for use by UK regulators on Wednesday -- the first country to do so.

It is significantly cheaper than other coronavirus vaccines and, crucially, it would be far easier to transport and distribute in developing countries than its rivals since it does not need to be stored at freezing temperatures.

"I think it's the only vaccine that can be used in those settings at the current time," Azra Ghani, chair in infectious disease epidemiology at Imperial College London, told CNN.

"Pfizer and Moderna require freezer storage, and that just isn't in place in many settings," Ghani said.

"Cold chain" refrigeration is the standard storage used globally to deliver vaccines from central locations to local health clinics. AstraZeneca's vaccine is so far "the only one that can definitely be delivered to those systems," Ghani added.

The vaccines are based on different technology. AstraZeneca's offering -- like Johnson & Johnson's vaccine and Russia's Sputnik V -- uses an adenovirus to carry genetic fragments of coronavirus into the body. 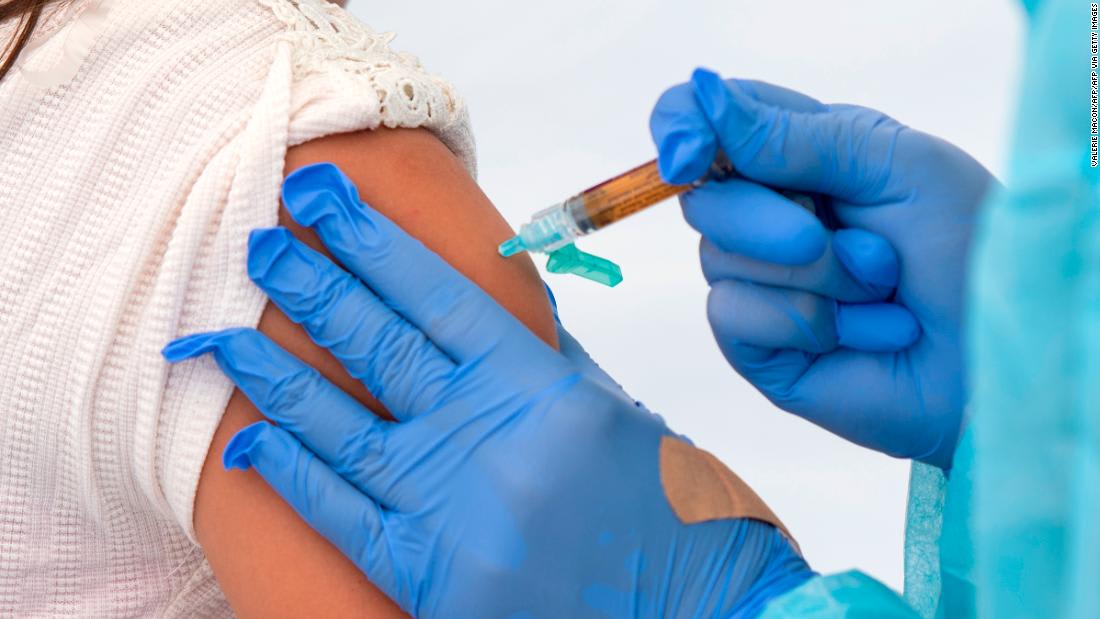 The UK government says its regulator has authorized the use of the Oxford/AstraZeneca Covid-19 vaccine.

"The Government has today accepted the recommendation from the Medicines and Healthcare products Regulatory Agency (MHRA) to authorise Oxford University/AstraZeneca’s Covid-19 vaccine for use," a statement from the UK government said Wednesday.
"This follows rigorous clinical trials and a thorough analysis of the data by experts at the MHRA, which has concluded that the vaccine has met its strict standards of safety, quality and effectiveness."

A statement released online by Sinopharm subsidiary Beijing Biological Products Institute said that interim analysis of data from the Phase 3 clinical trial shows that all participants who received two doses of the vaccine produced high levels of antibodies.

The results reached the relevant technical standards of the World Health Organization and regulations issued by the National Medical Products Administration, the statement said.

The statement added that the company has formally submitted an application to China's National Medical Products Administration for conditional approval.

The United States reported 3,725 additional coronavirus deaths on Tuesday -- a record high for a single day since the pandemic began, according to Johns Hopkins University's tally.

At least 11,445,175 vaccine doses have been distributed and at least 2,127,143 doses administered, according to the US Centers for Disease Control and Prevention.

Panama announced that it has signed agreements with four Covid-19 vaccine producers to supply some 5.5 million doses of vaccine, according to a statement tweeted by the country's Health Ministry late Tuesday.

Those vaccines will impact some 80% of the country’s population, the ministry said.

The statement did not specify which vaccine companies the country had reached agreements with.

Panama’s President Laurentino Cortizo announced Tuesday that the nation’s vaccination process will begin in the next 90 days.

Panama is home to around 4 million people. The country has reported more than 233,000 coronavirus cases, including at least 3,933 deaths, according to Johns Hopkins University.

India has extended the suspension of all flights to and from the United Kingdom until January 7.

The Minister of Civil Aviation, Hardeep Singh Puri announced the decision in a tweet Wednesday morning:

“Decision has been taken to extend the temporary suspension of flights to and from the UK till 7 January 2021. Thereafter strictly regulated resumption will take place for which details will be announced shortly," the minister said.

India had ordered a suspension of all flights between the two countries on December 21 as a precaution against the spread of the new variant of coronavirus, which appears to be more contagious.

State and federal authorities have been testing and tracking the 33,000 passengers who travelled to India from the UK between November 25 and December 22. According to the Health Ministry, 114 of them have so far tested positive for Covid-19.

On Tuesday, India announced that six cases of the new Covid-19 variant had been detected so far in the country.

Australia's Minister of Immigration, Citizenship and Multicultural Affairs has threatened to cancel the visas of any visitors caught breaking rules designed to prevent the spread of Covid-19 in the country, after hundreds of people attended a beach party in Sydney's Bronte Beach on Christmas Day.

Only 100 people were allowed to gather at an outdoor event in Greater Sydney on December 25 after a new outbreak of Covid-19 in the city's Northern Beaches region led to tightened restrictions over the Christmas period.

But witnesses said the crowd at Bronte Beach on the afternoon of Christmas Day was in its "hundreds," many of whom were drinking alcohol and not wearing face masks. Brad Hazzard, Health Minister for the state of New South Wales (NSW), warned the party could be a "superspreader event."

Local journalist Peter Hannam, who walked by the event at 5 p.m., said a number of people in attendance were talking loudly in British accents.

"These are the same people who would every summer gather at Bondi Beach or Bronte or somewhere else because they want to show off to their northern hemisphere friends that it's Christmas and we're in summer," he said.

It's not immediately clear how many of the crowd were residents or visitors on temporary visas. Australia's borders have been closed to anyone except citizens and residents since March, but the government announced in April that temporary visa holders -- including backpackers -- could extend their visas.

But now, Immigration Minister Alex Hawke has warned that any foreign citizens caught breaching public health orders could have their visas reviewed or even canceled.

"Visitors to Australia need to be very clear that if they breach public health orders they are threatening the health and safety of Australians and the federal government will look at their visas," he said in an interview with the Australian Broadcasting Corporation on December 29.