“When we have now this virus everywhere, what is unacceptable is to have one part of the world that is one of the most vulnerable parts of the world economy condemned to a lockout, when they were the ones that revealed the existence of a new variant that, by the way, already existed in other parts of the world, including in Europe, as we know,” Guterres said during a news briefing in New York alongside African Union Commission chair Moussa Faki Mahamat.

“We have the instruments to have safe travel. Let's use those instruments to avoid this kind of, allow me to say, travel apartheid, which I think is unacceptable,” Guterres added.

South African scientists discovered the Omicron variant last week. It has since been identified in a growing number of countries including the United States, with scientists in the Netherlands confirming it was present in their country even before the South African announcement.

At the same Wednesday briefing, Faki Mahamat decried “stigmatization” of a vast swathe of the continent over the new variant.

“For having been transparent on the question of the new variant, Omicron, the entirety of the southern Africa region has faced punishment, notably the possibility of blocking flights between the region and several countries,” he said.

US health officials have argued that travel bans help to “buy time.”

With only 6% percent of Africa's population fully vaccinated, the people of the continent cannot be blamed for the “immorally low” level of vaccinations available to them, he said.

“As we have seen, low vaccination rates — combined with deeply unequal access to vaccines — are creating a breeding ground for variants,” Guterres said.

Dr. Anthony Fauci said Wednesday that "no one feels" a travel ban will prevent the Omicron variant from arriving in the United States, but it was "needed to buy some time" for the country to prepare and understand the situation.

Fauci announced the first US case of the Omicron variant had been detected in the US, in a traveler who had arrived from South Africa on Nov. 22 and tested positive Nov. 29. The traveler, who landed in California, had mild symptoms and was self-isolating.

The individual arrived before the US instituted measures aimed at slowing the entry of the new variant by limiting travel from several African nations.

“No one feels — I certainly don't — that a travel ban is going to prevent people who are infected from coming to the United States,” Fauci told a White House news briefing.

“But we needed to buy some time to be able to prepare, understand what's going on,” added Fauci, chief medical adviser to President Joe Biden and director of the National Institute of Allergy and Infectious Diseases.

The World Health Organization advised people in certain groups at a higher risk of contracting Covid-19 — including the unvaccinated and those over 60 — to postpone travel to areas with community spread, in response to the newly identified Omicron variant.

“Persons who are unwell, or who have not been fully vaccinated or do not have proof of previous SARS-CoV-2 infection and are at increased risk of developing severe disease and dying, including people 60 years of age or older or those with comorbidities that present increased risk of severe COVID-19 (e.g. heart disease, cancer and diabetes) should be advised to postpone travel to areas with community transmission,” WHO advised.

The organization also recommended that countries use a “multi-layered risk mitigation approach” to reducing spread, which it says can include passenger screening, Covid-19 testing and quarantines.

“Blanket travel bans will not prevent international spread, and they place a heavy burden on lives and livelihoods,” WHO said, adding that travel bans can “disincentivize” countries to report cases of the variant when they appear.

The United States' first confirmed case of the Omicron coronavirus variant was been identified in California.

In a White House news briefing Wednesday, Dr. Anthony Fauci, director of the National Institute of Allergy and Infectious Diseases, said the case was in an individual who traveled from South Africa on Nov. 22 and tested positive for Covid-19 on Nov. 29.

That individual, Fauci said, is self-quarantining and close contacts have tested negative for the coronavirus so far.

The person was fully vaccinated and is experiencing "mild symptoms, which are improving at this point," Fauci said.
Asked by CNN whether that person had a booster shot, Fauci said, "To my knowledge, no."

The California and San Francisco public health departments confirmed the case was caused by the Omicron variant through genomic sequencing conducted at the University of California at San Francisco, and the sequence was confirmed by the US Centers for Disease Control and Prevention.

Color Health said in a statement it returned the positive test result through an San Francisco Covid-19 testing program, and Omicron was identified in under 30 hours "from the time of collection to strain confirmation."

Omicron unknowns: The World Health Organization designates Omicron a "variant of concern." In a technical brief released this week, WHO noted the variant poses a "very high" global risk. The variant was first identified by scientists in South Africa, and has since been detected in several countries.

Scientists are working to determine how transmissible the variant is, how sick it makes people and how well current vaccines work against it. Until more information is learned about the variant, the US restricted travel from South Africa and seven other countries. 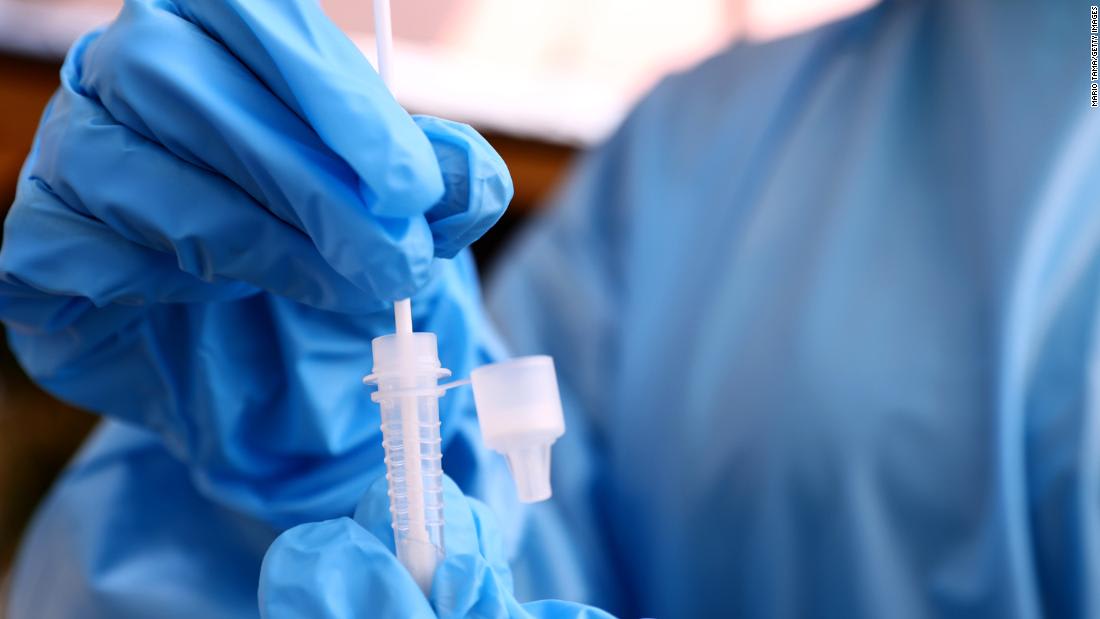