The number of daily infections reported on Wednesday was 58,912. Last Wednesday, that number was 18,869.

Another 346 people were killed by Covid in Germany. At least 112,925 people have died in the country after contracting the coronavirus.

The Robert Koch Institute warned that not all numbers may have been reported over the holidays.

The vaccination rate in Germany is increasing, albeit slower than authorities would like, as the country lags behind its European neighbors. As of Wednesday, 71.3% of Germany's eligible population had been fully vaccinated.

Nearly a dozen neighborhoods in the Chinese city of Zhengzhou, in central Henan province, went into lockdown after a number of Covid-19 cases were reported.

The city, home to 12 million people, also began a round of mass testing on Wednesday.

Mahjong rooms, funerals and family gatherings were found to be the source of three transmission chains, local authorities announced on Tuesday, according to the state-sanctioned tabloid the Global Times.

India on Wednesday reported the highest single-day rise in coronavirus cases since June 20 last year, according to a CNN tally of figures from the Indian Health Ministry.

On Tuesday, the southern state of Karnataka became the second to impose a weekend curfew where all activities except essential services will be shut on Saturday and Sunday. Earlier in the day, the national capital territory of Delhi was the first to impose such restrictions.

Political rallies: At least 15 of India’s 28 states and eight union territories have some restrictions to curb the spread of the virus. However, politicians have continued to hold large gatherings with thousands in attendance ahead of elections in five states in early 2022.

No national restrictions on political gatherings have been put in place so far.

On Monday, India began vaccinating children ages 15 to 18. As of Tuesday evening, a total of 8,145,038 vaccine doses had been administered to children, according to the Health Ministry.

Rio de Janeiro has canceled its world-famous Carnival street parades due to a surge in Covid-19 cases, the city's mayor Eduardo Paes said Tuesday during a YouTube live stream.

"We had a meeting today with the people from the "blocos" (organized street parties), and we informed them that the street carnival, which didn't take place in 2021, cannot happen this year due to the epidemiological data that we have," Paes said.

"It would be very difficult to organize a street carnival."

The Sapucaí carnival — the parade performed by Rio's samba schools and which people watch from the stands of the Marques de Sapucaí Sambadrome stadium — would still take place in accordance with health protocols, he added.

Authorities in the Chinese city of Xi'an — which has locked down its 13 million residents for the past two weeks — said they could begin easing the tight restrictions if the city reaches "zero community Covid."

That means when confirmed coronavirus cases are only identified in government-designated centralized quarantine facilities.

Chen Zhiyun, deputy director of Xi’an’s CDC, said in an interview with state-run CCTV that “no more new community transmission is a necessary condition for lifting lockdown.”

In a news conference Monday, Xi'an authorities said the city has transferred nearly 40,000 people to the quarantine centers.

Videos circulating online showing large groups of people being transported to the sites with poor facilities have sparked further criticism.

“‘Zero community Covid’ is such a clever word as we just need to keep transporting patients and close contacts out until Xi’an’s case is zero, guaranteeing the great victory of Xi’an’s fight against Covid-19,” one user posted on China's Twitter-like Weibo platform.

“If there are no people in the neighborhood, surely there is no community transmission there,” another Weibo user commented.

Daily cases: Xi'an confirmed 35 new locally transmitted cases on Tuesday, a significant drop compared to the 95 infections reported Monday, according to the National Health Commission. It brings total cases linked to the outbreak to 1,793 since it began December 9.

Not enough food: Residents have continued to voice concerns on Chinese social media about not getting enough food, daily necessities and not receiving urgent medical attention. The hashtag "Grocery shopping in Xi'an is difficult" had been viewed more than 430 million times on Weibo as of Wednesday morning.

Xi'an has faced China's worst Covid-19 outbreak since Wuhan. It has been under lockdown since December 23, and further tightened measures that restricted residents from leaving home unless permitted for mass testing.

The US Centers for Disease Control and Prevention updated its guidance on the recommended Covid-19 isolation period Tuesday, telling people that if they have access to a Covid-19 test and want to take it, the best approach is to use a rapid test toward the end of their five-day isolation period.

The agency has faced pressure over the past week from outside medical experts to include a testing component in its new shortened isolation period.

The updated recommendations do not advise a test for isolated people, but they offer guidance on how those people should respond to a test result if they choose to take one:

The CDC says the changes aim to "focus on the period when a person is most infectious. ... These updated recommendations also facilitate individual social and well-being needs, return to work, and maintenance of critical infrastructure."

Read more about the updated guidance: 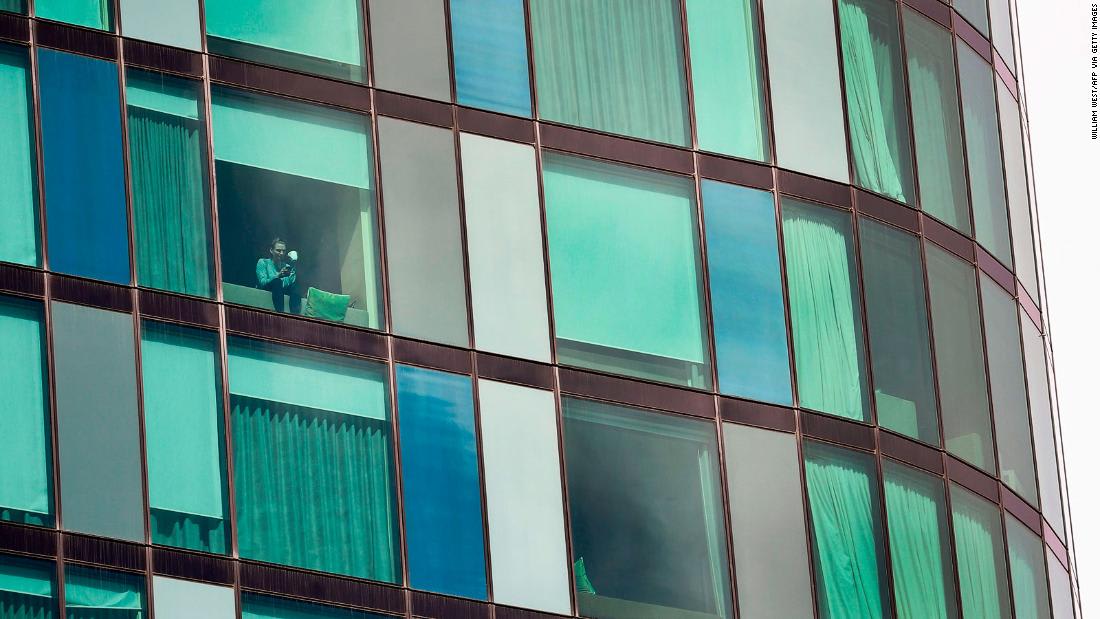 rsident Joe Biden on Tuesday said the federal government is doubling the US' order for Pfizer's Covid-19 antiviral pill, Paxlovid, which has been shown to reduce hospitalizations and severe illness significantly.

"Production is in full swing. The United States has more pills than any other country in the world and our supply is going to ramp up over the coming months, as more of these pills are manufactured," Biden said during remarks at the White House. "Today I'm directing my team to work with Pfizer to double our order from 10 million to 20 million treatment courses to be delivered in the months ahead."

The President also cautioned during his remarks that "we may need even more. That's the estimate we need right now."

The first batch of the pills, he said, were shipped out on Christmas Eve "and more will be shipped this week."

But despite the additional purchase, it will take months to ramp up supply of Pfizer's antiviral treatment. And with forecasts indicating the Omicron surge could peak this month, this could mean the vast majority of courses arrive at a time when the variant is on the decline.