The latest on the coronavirus pandemic and the Omicron variant

Our live coverage has ended for the day. Read more about the pandemic here.

"Nationally, we will reach the Omicron peak or high plateau in a few days,” he told broadcaster LCI, adding that some regions had already passed the peak.

However, the worst of Omicron is still plaguing some regions, he said.

“We still have a very active wave, with around 300,000 cases daily in our country, which is carried by two age groups, the under-15s and the 30-40s,” he added. “In some regions, this variant continues to increase quite strongly. In other regions, notably the Île-de-France, where the peak has passed and we are witnessing a decline."

The health minister said that France was dealing with two peaks, those of the Delta and Omicron variants. He added France had passed the Delta peak already, saying, “we’re crushing the Delta variant."

A New York Supreme Court judge struck down the state’s mask mandate Monday, ruling that the governor and New York State Department of Health did not have the authority to enact such a mandate without the sign-off from the state legislature.

In an opinion released Monday, Nassau County Supreme Court Judge Thomas Rademaker argued that because New York was no longer under a state of emergency at the time the mask mandate was announced, the governor and health commissioner did not have the additional authority to order such a mandate, adding the mandate is now unenforceable.

“While the intentions of Commissioner Bassett and Governor Hochul appear to be well aimed squarely at doing what they believe is right to protect the citizens of New York State, they must take their case to the State Legislature,” Rademaker wrote in his ruling.
“Should the State Legislature, representative of and voted into office by the citizens of New York, after publicly informed debate, decide to enact laws requiring face coverings in schools and other public places then the Commissioner would likely be well grounded in properly promulgated and enacted rules to supplement such laws.”

Gov. Kathy Hochul said she was working to reverse the decision immediately.

"My responsibility as Governor is to protect New Yorkers throughout this public health crisis, and these measures help prevent the spread of COVID-19 and save lives,” Hochul said in a statement Monday. “We strongly disagree with this ruling, and we are pursuing every option to reverse this immediately.”

Rademaker said his decision was only about whether the mandate was properly enacted.

"To be clear, this Court does not intend this decision in any way to question or otherwise opine on the efficacy, need, or requirement of masks as a means or tool in dealing with the COVID-19 virus,” Rademaker wrote. “This Court decides only the issues of whether the subject rule was properly enacted and if so whether same can be enforced.”

“This is a major win for students & parents,” Blakeman said in a tweet responding to the ruling Monday evening.

CNN has reached out to the New York State Education Department for comment but has not heard back yet.

Pfizer and BioNTech have begun a clinical trial for their Omicron-specific Covid-19 vaccine candidate, they announced in a news release on Tuesday.

The study will evaluate the vaccine for safety, tolerability and the level of immune response, as both a primary series and a booster dose, in up to 1,420 healthy adults ages 18 to 55.

The study is broken up into three groups:

The Omicron-specific vaccine will be administered as a 30-microgram dose, the same as the current vaccine.

"In the wake of Omicron, we are proactively investigating and manufacturing at risk an Omicron-based vaccine should it be needed, but we of course need to have results and discussions with health authorities as well as approvals before it would be deployed," a spokesperson told CNN.

London's Metropolitan Police say they are investigating a "number of events" at Downing Street and Whitehall over the pandemic amid claims of Covid rule-breaking at the heart of the UK government.

Officers were looking into potential offenses after being given information by the team investigating a number of alleged parties, Metropolitan Police Commissioner Cressida Dick said Tuesday.

"As a result firstly of information provided by the Cabinet Office inquiry team and secondly my officers' own assessment, I can confirm that the Met is now investigating a number of events that took place at Downing Street and Whitehall in the last two years in relation to potential breaches of Covid-19 regulations," she told the London Assembly's Police and Crime Committee.

UK Prime Minister Boris Johnson has been under immense pressure over alleged summer garden parties and Christmas gatherings held in Downing Street when the rest of the country was under strict Covid restrictions.

The latest revelation came to light Monday when a Downing Street spokesperson said Johnson celebrated his birthday with a gathering at his official residence in June 2020 while the UK was in its first Covid-19 lockdown.

Under Covid-19 restrictions at the time, indoor gatherings were not allowed, with people permitted only to meet outside in groups of up to six people.

Dick's announcement of an investigation is the latest twist in the weeks-long scandal, which has seen Johnson's approval ratings plunge and growing discontent among some in his ruling Conservative Party, who believe the Prime Minister is becoming a liability. 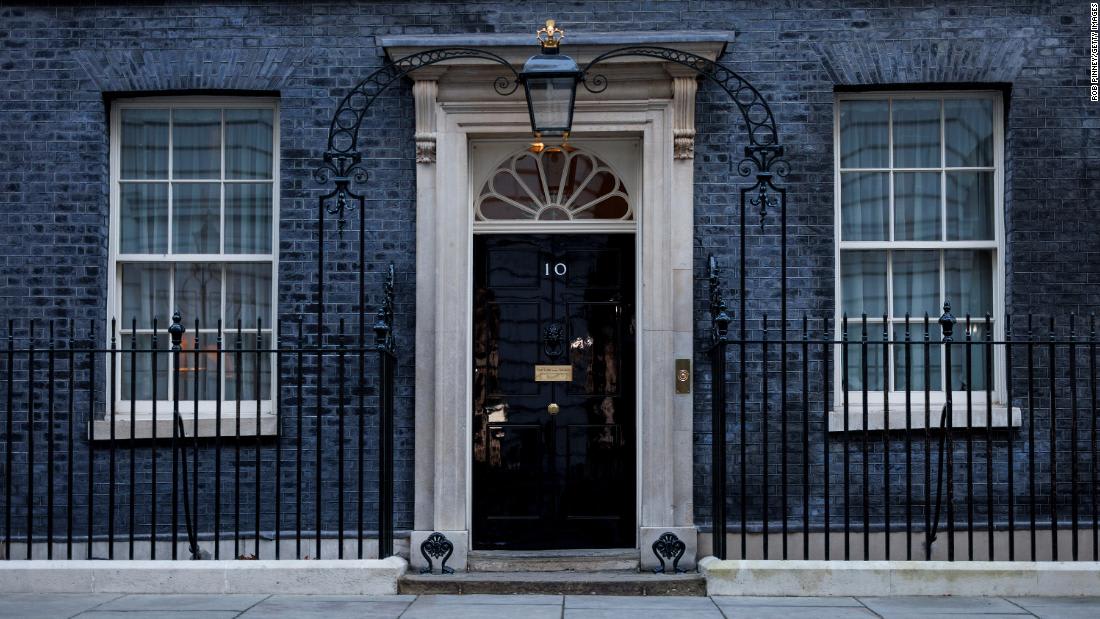 nia has announced a number of Covid-19 restrictions for its annual Republic Day parade to be held in Delhi on Wednesday after days of reporting Covid-19 cases in excess of 300,000.

On Tuesday, India reported 255,874 new Covid-19 cases, a decline after five consecutive days reporting more the 300,000 cases, according to figures from Johns Hopkins University and the Indian health ministry.

The US Centers for Disease Control and Prevention moved five Caribbean island destinations into its highest-risk travel category for Covid-19 on Monday.

In total, the CDC moved 15 places to Level 4, or "very high" risk, showing the continuing grip the Omicron variant of the coronavirus has on the world right now. Last week, 22 destinations were added to Level 4.

The CDC places a destination at Level 4 when more than 500 cases per 100,000 residents are registered in the past 28 days. The CDC advises travelers to avoid travel to Level 4 countries.

The 15 places added this week are:

The Caribbean island destinations — the Dominican Republic, Guadeloupe, Jamaica, Saint Barthélemy and Saint Martin — represented one third of the new entries this week. Haiti, which is located on the island of Hispaniola alongside the Dominican Republic, was already at Level 4. And French Saint Martin also shares an island with Dutch Sint Maarten, which was already at Level 4.

Other popular Caribbean destinations were also already at Level 4. They include Aruba, the Bahamas, Barbados, the British Virgin Islands, Curaçao and Turks and Caicos, among others.

Two mainland countries with Caribbean coastlines — Costa Rica in Central America and Colombia in South America — are on Level 4 as well.