It's Friday, July 23. The Olympic Games are about to formally begin, and here's what you need to know.

It's go time: A year after their scheduled start date, the Tokyo 2020 Olympics (they kept the 2020 branding) are set to begin. The Games officially kick off Friday night Japan time with the opening ceremony, putting an end to months of speculation over whether the event would even able to go ahead as Japan struggles to rein in Covid-19.

Thursday saw Tokyo record 1,979 new Covid cases — the highest daily number since Jan. 15. As of Thursday, there have been 110 positive cases linked to the Games as those arriving in Tokyo undergo a rigorous testing program.

A handful of athletes have seen their dreams dashed after testing positive for the virus, forcing them to withdraw from competition. Most competitors spend years, if not most of their lives, training to reach the Olympics — and about 70% of them only get the opportunity once, according to Dick Pound, the longest-serving member of the International Olympic Committee.

The dignitaries arrive: French President Emmanuel Macron, whose country will host the next Summer Games in 2024, has arrived in Tokyo for the opening ceremony. First Lady Jill Biden is also traveling to the Japanese capital. She's scheduled to meet with Emperor Naruhito at the Imperial Palace ahead of the opening ceremony.

However, the number of dignitaries in attendance will be much smaller than previous years. Organizers said only 950 VIPs will be present in a stadium that can seat nearly 70,000 people. While athletes normally enter the stadium to a crowd of roaring fans, they'll instead be greeted by mostly empty seats — a stark, visual reminder of the pandemic's toll.

What's on schedule: Friday in Japan is pretty light. There are no medals up for grabs, but archery and rowing have preliminary competitions. The Games kick off in earnest Saturday morning Japan time, which is Friday night on the US East Coast. Scroll down to check out what events are coming Friday US time.

The Games' full schedule can be found here.

If much of the focus on the Olympics has been navigating the pandemic, female athletes have also been dealing with issues of inequality.

Organizers say Tokyo 2020 will be the most equal Olympics in history, with women making up to nearly half of all the athletes competing at these Games.

However, whether it's nursing mothers being told to only brings their children to the Olympics "when necessary," or sprinters having to choose between taking drugs to lower their natural hormone levels and forfeiting their place in Tokyo, female athletes are still facing plenty of obstacles. 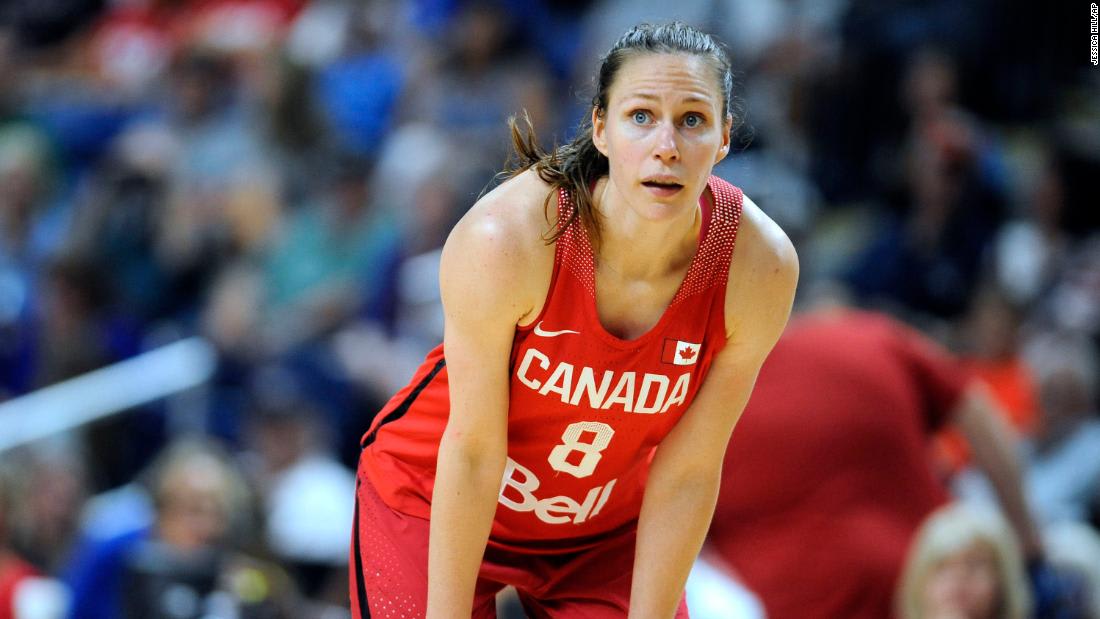 The effortless ease, the legs and arms working in perfect symmetry and then the cheeky grin. Has an Olympian ever made dominating their chosen sport so easy?

Five years ago, Jamaican sprinter Usain Bolt looked back at his Olympic competitors during a 100-meter semifinal at Rio 2016.

Bolt won the final a short time later, becoming the first man in history to win the 100 meters at three straight Olympic Games.

The Jamaican, the world-record holder in the 100 and 200 meters, won eight gold medals during his legendary Olympic career.

The Summer Olympics have provided us with many unforgettable moments over the years.

These include record-breaking performances and phenomenal displays of athletic skill. But some also transcended sport.

After putting their Olympic dreams on hold for more than a year, at least 22 athletes have seen their dreams dashed as they tested positive for the virus, forcing them to withdraw from the competition.

Some of them tested positive in Japan and some before coming.

The Czech team has been particularly affected. Five from team USA have also withdrawn, including tennis star Coco Gauff. Athletes from Great Britain, Mexico, South Africa and other countries have also dropped out.

Most competitors spend years, if not most of their lives, training to reach the Olympics — and about 70% of them only get the opportunity once, according to Dick Pound, the longest-serving member of the International Olympic Committee.

You can see the full list of athletes unable to compete at Tokyo 2020 below: 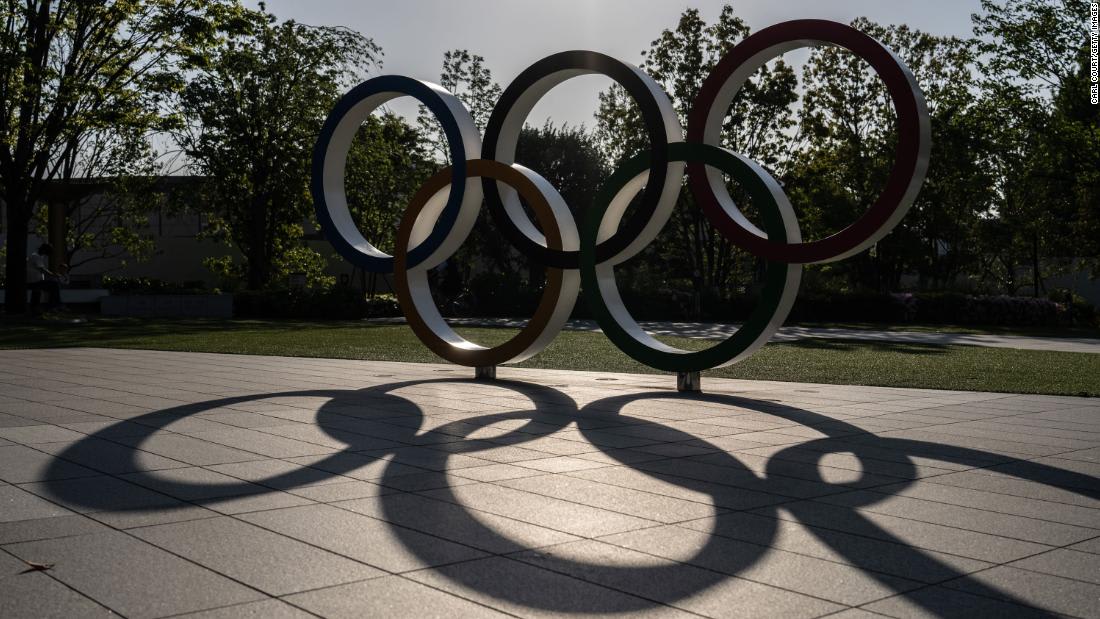 Japan tennis star Naomi Osaka's opening match in the Olympics has been pushed back by a day, from Saturday to Sunday, following a request from Tokyo 2020 organizers, the International Tennis Federation (ITF) confirmed to CNN.

“The match has been rescheduled due to a request by Tokyo 2020,” an ITF spokesperson told CNN in an e-mail on Friday.

No further explanation was provided for the switch.

Tokyo 2020 organizers were not immediately available for comment when contacted by CNN.

Osaka, who is making her Olympics debut, had originally been scheduled to begin her campaign against China’s Zheng Saisai on Centre Court at the Ariake Tennis Park on Saturday.

The 23-year-old, four-time Grand Slam champion, has not played a competitive match since withdrawing from the French Open in May following her decision to skip all press conferences at the tournament, citing mental health concerns. 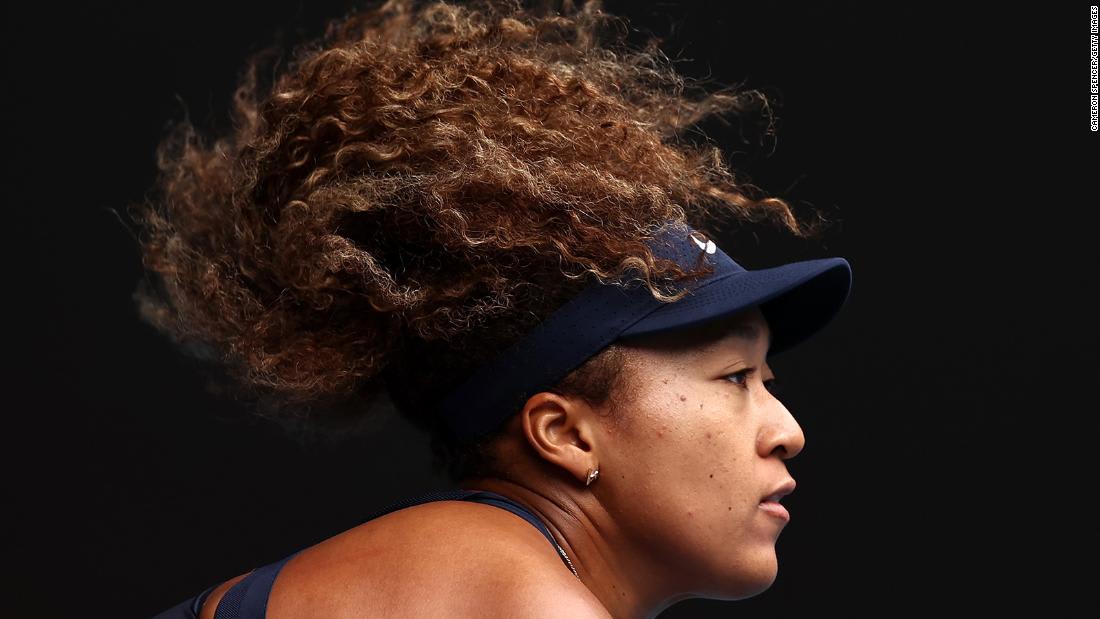 US hammer thrower Gwen Berry co-signed an open letter to high-ranking International Olympic Committee (IOC) members, calling for amendments to the IOC rule that threatens to punish athletes for protesting or demonstrating on medal podiums at the 2020 Tokyo Olympics.

Berry signed the letter along with famed former US sprinters Tommie Smith and John Carlos, who raised gloved fists on the podium during the medal ceremony at the 1968 Olympics. They are among more than 150 other athletes, human rights and social justice experts and sports organizations, who have also signed the letter.

The 32-year-old is slated to begin her Olympic competition on July 31.

Berry drew much attention when she refused to face the American flag as the National Anthem played at June’s US Olympic Track and Field trials.

The letter calls upon the IOC to “refrain from imposing sanctions on athletes protesting and demonstrating in accordance with internationally-recognized human rights frameworks … in any Olympic/Paralympic sites, venues or other areas – including the podium."

Days ahead of her first appearance at the Summer Games, Berry tweeted her support of the petition, saying: “We need to take STAND.”

After a 10-month consultation process with more than 3,500 athletes, who represent 185 different national olympic committees, and all 41 Olympic Sports, the IOC decided to uphold the rule that bans protests in April.

However, on July 2, the IOC amended the rule and loosened previous guidelines, allowing athletes to express their views in mixed zones, press conferences, during interviews, as well as prior to the start of competition.

While offering appreciation for the strides the IOC made in promoting athlete expression, the open letter claims the changes made do not “reflect a commitment to freedom of expression as a fundamental human right nor to racial and social justice in global sport.” 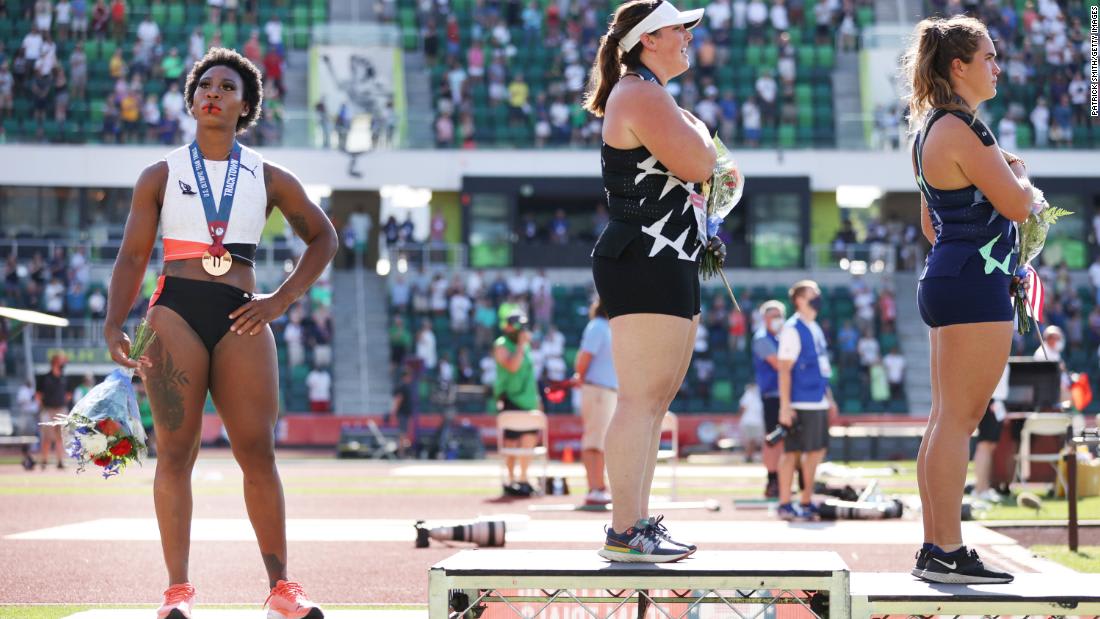 'I never said that I hated the country,' says US hammer thrower Gwen Berry after turning from the flag

CNN has reached out to the IOC for comment on the group’s request for policy change and full freedom of expression.

The Olympic torch relay has been downgraded for the Tokyo 2020 Summer Games, with Covid-19 turning the flame's traditionally public journey from Olympia, Greece, into a largely private affair.

While past Olympic Games have seen the torch carried undersea by a diver or flown through the air by a ski jumper, this year's relay was instead composed of isolated ceremonies around Japan ahead of Friday's opening ceremony.

Yet, many of the rituals were preserved. As always, the flame burst to life in Olympia using sunlight reflected off a parabolic mirror, representing the might of the sun god Apollo. Since March, it has been making its way to Tokyo via plane and road (though there were none of the camel or parachute journeys seen in adventurous relays of the past). 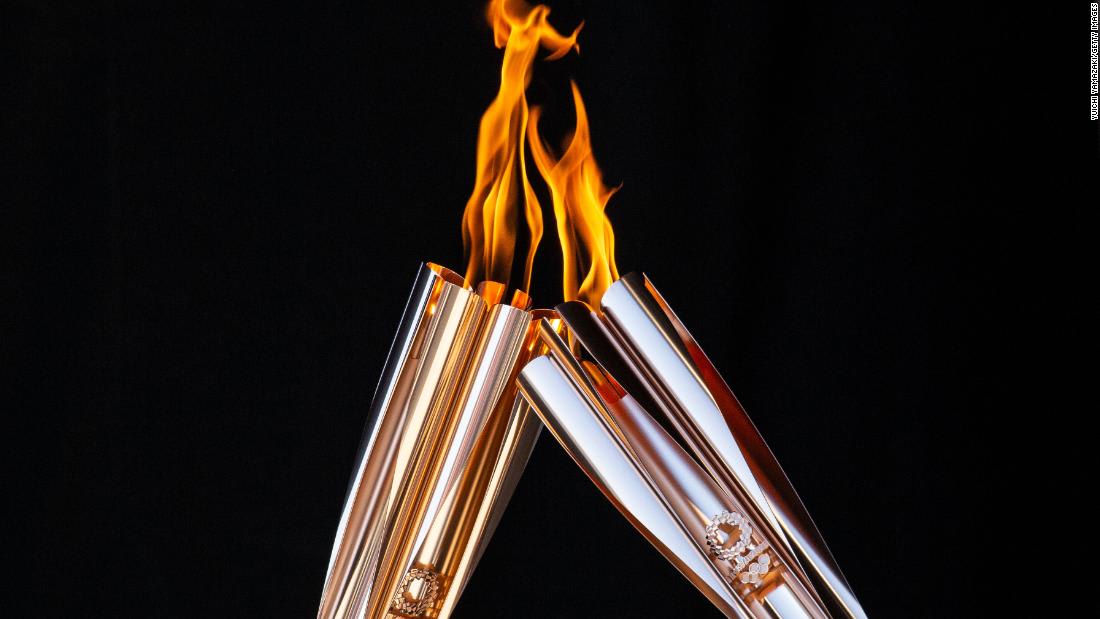 From dark origins to a 'beacon of hope': A brief history of the Olympic torch

Surfing will make its Olympic debut this year — an extraordinary moment for a sport that traces its origins to at least 2,000 BC in ancient Polynesia, according to surf historian Matt Warshaw in his book, "A Brief History of Surfing."

Who is competing? Some 40 surfers — 20 men and 20 women from 18 countries — will make history as the first to represent their sport on the Olympic stage.

Carissa Moore and John John Florence of Hawaii, Caroline Marks of Florida and Kolohe Andino of California will represent the US in surfing's Olympic debut.

Floridian Kelly Slater, widely considered the greatest surfer of all time, has been named as the official alternative for Andino and Florence, who are both recovering from injury-induced surgeries.

In the women’s competition, Lakey Peterson of California is the back-up for both Moore and Marks.

When and where? The competition is slated to begin Saturday, July 24, according to the International Surfing Association, the sport's governing body recognized by the International Olympic Committee (IOC). However, there's a 16-day window in which the two-day competitions could occur to maximize chances for the best possible waves on a shoreline known for sometimes fickle and diminutive surf in summer.

The competition will occur at Tsurigasaki Surfing Beach, one of the closest surfable beaches to Tokyo — about a 1.5-hour drive away.

How does it work? The Tokyo Olympics will feature the surfing discipline of shortboarding, which developed in tandem with California skateboard culture and is now the dominant style of competitive surfing worldwide. Shortboarding emphasizes quick turns and radical maneuvers in steep, hollow waves, as well as aerials performed above the lip of the wave.

The women’s and men’s contests will be composed of six heats lasting 20 to 35 minutes, depending on conditions, in order to narrow the field down to gold, silver and bronze medalists, according to the IOC.

Heats will be judged by a panel of five judges who will score each wave ridden on a scale of one to 10, based on six criteria such as difficulty, innovation, variety, speed, power and flow. The judges’ highest and lowest scores will be discarded and athletes will be given the average of the three scores remaining. A surfer's two highest-scoring waves in a heat will be combined for a total score — with no limit on how many waves a surfer may ride.

Russian archer Svetlana Gomboeva is recovering after fainting from heatstroke at the Olympics on Friday, her team said in a statement.

Gomboeva was seen by doctors after fainting, who gave her water to drink and then sent her to rest. She will return and continue competing at a later date, the statement said.

"Everything is normal," the Russian Olympic Committee said. "She is feeling well."

The incident was not altogether surprising, as the Tokyo Olympics are forecast to be one of the hottest Summer Games in decades. While the average high temperature in Tokyo during the period of the Olympics is 86-88 degrees Fahrenheit (30-31 degrees Celsius), temperatures in recent years have approached as high as 104 degrees Fahrenheit (40 degrees Celsius) in the city.

In early 2019, the International Olympic Committee both acknowledged and addressed some of the hot weather concerns by moving the marathon and various outdoor events to the cooler northern city of Sapporo — which is located about 500 miles (800 kilometers) north of Tokyo. However, temperatures in Sapporo were forecast to hit highs of 87 degrees Fahrenheit (31 degrees Celsius) over the next week, according to CNN Weather.

Gomboeva is representing the Russian Olympic Committee. Russian athletes aren’t competing under their national name at the Tokyo Games due to sanctions over doping. The official Russian team was banned from taking part in the 2020 Olympics by the World Anti-Doping Agency (WADA) for not complying with the organization's investigations.