Training for an Olympic event is a tough business. It takes hours, days, years of dedication to reach the top of your game as you look to enter the Games in peak condition.

You also look to cover every eventuality ... but a pole vault bar landing on your front teeth during training just days before you compete probably wasn't an eventuality Harry Coppell had ever envisaged having to contend with.

Coppell will be up against world record holder Armand 'Mondo' Duplantis in the pole vault, which starts on July 31.

The Briton is putting a brave face on the accident.

The dental repair work looks quite an extensive job ...

China has a second gold medal at the Tokyo Olympics, with Hou Zhihui winning the women’s weightlifting 49kg final with an Olympic record total of 210 kilograms.

Hou also holds the world record that she set in April.

These weight categories are new at the Olympic Games, meaning that the top result in each event is an Olympic record.

Despite having qualified for the Tokyo Olympics, two women’s tennis players from Georgia will miss the Games because of unfiled paperwork, according to a press release from the Court of Arbitration for Sport (CAS).

Oksana Kalashinikova and Ekaterine Gorgodze had qualified for the Olympics in women’s doubles.

However, the players weren’t included on the revised entry list for the Olympic Games published by the International Tennis Federation (ITF) on July 16.

The ITF informed the players July 17 that neither the Georgia Tennis Federation nor the Georgian National Olympic Committee submitted their entry.

Kalashinikova and Gorgodze appealed to the CAS Ad Hoc Division on Wednesday, but a CAS panel dismissed their application.

“In coming to its conclusion, the Panel found that the Applicants were not nominated by the GNOC for entry into the Tokyo 2020 Olympic Games, and that in the absence of an official nomination, the ITF did nothing wrong in adopting the Revised Entry List on 16 July 2021,” the CAS release said.
“The consequence, however unfortunate for the two athletes, can only be the dismissal of their petition.”

The Tokyo Olympics -- after a long delay -- are finally happening.

The opening ceremony formally kicked off the Games on Friday and sporting events are underway. There's nothing but excitement in the air, according to IOC Athletes' Commission Chair Kirsty Coventry. In her statement Tuesday, Coventry painted a rosy picture, saying: "The Village is looking great, the athletes are super excited. We've been hearing some very positive experiences from athletes I must say."

But there's also plenty of controversy. Most notably, Japanese citizens have shown rising animosity toward the Games as Covid-19 infections sweep the country, with some protesting even as the opening ceremony took place. Multiple athletes from different countries have already had to self-isolate after coming into contact with the virus -- even though most sports have yet to hold their first event.

That's not all. The Games have also become entangled in a debate over the right of athletes to protest, a topic that's become so inflamed that dozens of athletes, academics and professors around the world signed a letter Thursday pushing for the IOC to amend its longstanding rules and allow athlete protest.

"We believe the global sport community is at a turning point in matters of racial and social justice," the letter read, "and we call on you as leaders in the Olympic and Paralympic Movements to make a stronger commitment to human rights, racial/social justice, and social inclusion." 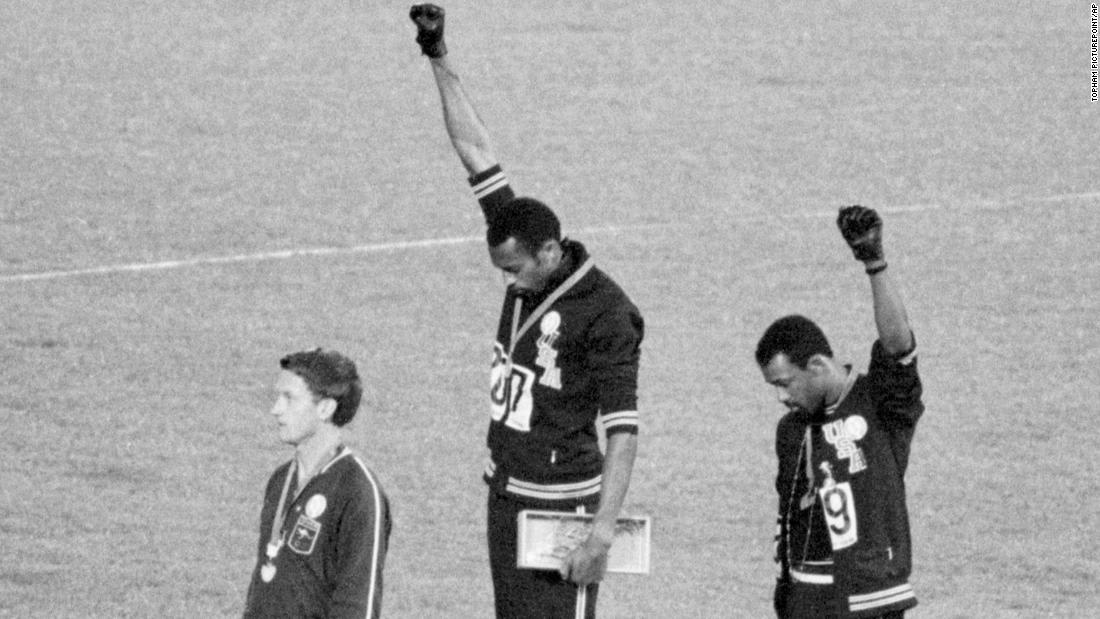 Olympic protests are nearly as old as the Games themselves. So why are officials so hesitant to allow them?

An Algerian judo athlete, Fethi Nourine, says he chose to withdraw from the Tokyo Olympics rather than face an Israeli competitor.

Nourine told Echourouk TV: “I decided to withdraw out of conviction, because this is the very least we can offer the Palestinian cause. This is my duty. My goal in withdrawing is to send a message to the whole world that Israel is an occupation, a lawless country, a country without a flag.”

Nourine was scheduled to face Mohamed Abdalrasool from Sudan in the men's 73 kg class.

According to Reuters, if Nourine defeated Abdalrasool, the Algerian would have met Israel's Tohar Butbul in the following round. Butbul had a bye in the Round of 64.

CNN's Taylor Barnes and Aqeel Najim in Baghdad contributed to this report.

It's Saturday, July 24 -- the official first day of the Tokyo 2020 Summer Olympics. Here's what you need to know.

New Covid-19 cases announced: The global pandemic postponed the Tokyo 2020 Olympics by a year, and even though the Games have now finally started, Covid-19 is still creating difficulties for athletes and organizers.

There have been 127 Covid-19 cases related to the Olympics as of Saturday, with another 17 new infections announced in the previous 24 hours. Although Tokyo 2020 officials haven't revealed which nationalities have been affected, some athletes and teams are making the announcements themselves.

One example is Dutch rower Finn Florijn, whose Olympic dreams were crushed after he tested positive for Covid-19 in Japan on Friday. In a statement released by the Dutch team, Florjin said his Olympic journey was "over in an instant."

"Glimmers of hope": The Olympics Opening Ceremony went without a hitch on Friday night, including a breathtaking drone show, John Lennon's "Imagine" and of course the traditional parade of athletes through the Olympic Stadium.

Amy Bass, a professor of sports studies in the US, said the event offered "glimmers of hope" for what has been a troubled Olympics so far.

The Olympic flame was lit by Japanese tennis star Naomi Osaka, a choice Games organizers said was meant to reflect a "message of diversity and inclusion." In a tweet, Osaka said lighting the Olympic flame was "undoubtedly the greatest athlete achievement and honor I will ever have in my life."

What's on schedule: The opening day of Tokyo 2020 started with a bang, as the first official gold medal of the Games went to Chinese athlete Yang Qian in the women's 10m air rifle.

Plenty of other events are scheduled for Saturday, Friday night US time, including the start of the swimming, table tennis and water polo competitions. Medals for cycling, fencing, judo, taekwondo and weightlifting are also expected to be handed out on Saturday.

The full Olympics schedule can be found here.

Russian Anastasiia Galashina clinched the silver medal. Russian athletes aren’t competing under their national name at the Olympics due to continuing sanctions over doping. They are officially recognized as members of ROC, an abbreviation of the Russian Olympic Committee.

The Tokyo Olympics are officially underway, but concerns surrounding the pandemic still remain.

At least 22 athletes have seen their dreams of competing in the Games dashed after testing positive for Covid-19, forcing them to withdraw from the competition. Some tested positive after they landed in Japan, while some did before coming.

Here's a look at some of the Covid-19 measures implemented at the Olympic Village and Games venues:

Cyclist Tadej Pogacar is having a stellar 2021.

The 22-year-old Slovenian has just won his second Tour de France and on Saturday will attempt to win the gold medal in the Olympics road race.

He's the first Olympian in CNN’s Athlete of the Day series during the Summer Games.