Jasmine Camacho-Quinn of Puerto Rico has won the women’s 100 meter hurdles gold medal in Tokyo with a time of 12.37 seconds.

Camacho-Quinn claims Puerto Rico’s first medal of these Games. It’s the country’s second-ever Olympic track and field medal, and its first gold medal in a track and field event. She also becomes just the second woman from Puerto Rico to win an Olympic medal.

Miltiadis Tentoglou of Greece has won the men’s long jump gold medal at the Tokyo 2020 Olympics with a jump of 8.41 meters.

Cuba’s Juan Miguel Echevarria also jumped 8.41 meters, but Tentoglou won by a tiebreaker with a longer second-best jump of 8.15 meters compared to Echevarria’s 8.09.

This is Greece’s first ever medal in the men’s long jump and the country’s second medal —both gold — in these Games.

The number of Covid-19 cases linked to the Tokyo 2020 Olympics has risen to 281, according to Games organizers on Monday.

The 17 new cases reported Monday were identified as contractors, Games-related personnel, volunteers and one member of the media.

Games organizers maintain that the Olympics are not behind the recent surge in cases in Tokyo and Japan, which have seen multiple days of their highest increase of new cases in the past week.

Dutch runner Sifan Hassan began her bid for an unprecedented distance triple crown on Monday, and it got off to a wild start.

With a lap to go in Hassan's 1,500 meter heat, the runner in front of her tripped and fell. Hassan then fell over her, and it looked like her attempt to make history was in peril.

But Hassan was able to quickly get back up and start running. Then she turned on the jets.

As the heat drew to its close, she had surpassed most of the field. By the final leg, she was, somehow, back in contention.

In the final steps, Hassan surged ahead and managed to win the heat in a photo finish. She ran the 1500 meters — just under a mile — in 4:05.17, despite falling midway through.

Hassan will go for her first gold medal tonight in Tokyo in the women's 5,000 meter final.

Silver medal-winning surfer Kanoa Igarashi is one of the faces of the 2020 Olympics, his image splashed across Japanese newspapers and on gift bags at souvenir shops.

Igarashi said he didn't realize how sporting events can bring people together "until this week."

"Sport just brings everyone together" he said.

The Refugee Olympic Team, established by the International Olympic Committee, is comprised of athletes from 11 different countries, living and training in 13 host countries.

This year, with the Games taking place amid the Covid-19 pandemic, their stories and their inclusion in the Olympic movement feel more relevant than ever, according to Filippo Grandi, the United Nations High Commissioner for Refugees (UNHCR).

"We've all shared hardship and deprivation and separation from loved ones; we've all lived through a sort of collective exile," Grandi tells CNN Sport.
"All these young men and women, in addition to Covid, have behind them a history of deprivation, separation from loved ones, real, physical exile. Somehow they carried a double symbolism in that entrance in the Olympic Stadium (for the Opening Ceremony of the Games)." 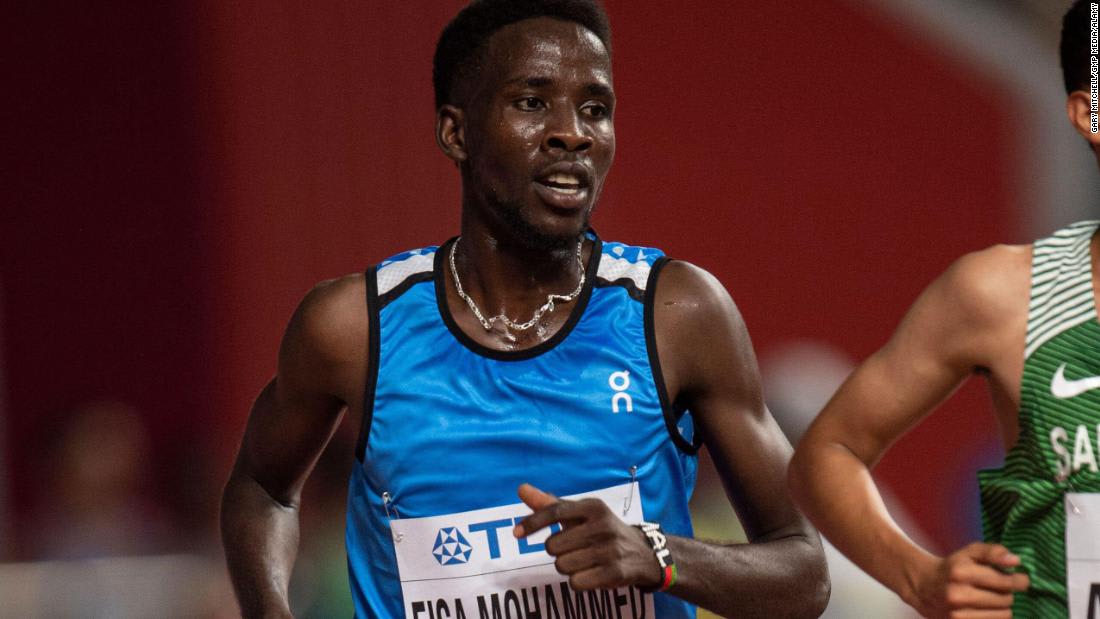 Why the Refugee Olympic Team feels more relevant than ever: 'We've all lived through collective exile'

Belarusian sprinter Kristina Timanovskaya said she fears arrest if she returns to her home country, in an interview with Belarusian sports news site Tribuna on Sunday.

Timanovskaya is currently in limbo in Tokyo after what she described as an attempt to forcibly return her to Minsk.

“I am afraid that I might be jailed in Belarus,” she said, speaking from Tokyo’s Haneda airport. “I am not afraid of being fired or kicked out of the national team. I'm concerned about my safety. And I think that at the moment it is not safe for me in Belarus. I didn't do anything, but they deprived me of the right to participate in the 200 meter race and wanted to send me home.”

Timanovskaya did not detail exactly what she feared she would be jailed over, but her fear of reprisal comes after she spoke out against national sporting authorities.

In an Instagram post on July 30, she said that she had been included on a list to compete in the 4x400 meter relay without her consent.

Timanovskaya told Tribuna that she was “outraged” and that doing so was “a complete disrespect” because it is a distance she had never competed in before. After recording a video on Instagram venting her frustrations, she said that “they [team officials] started calling me with threats and demanding to delete the video if I want to go ahead in sports."

"At first, I refused to delete it for a long time, but then I did it, so that they stop calling me," she said in the video.

Timanovskaya told the news site that an official from her national team went to her room on Sunday afternoon and told her to report to the airport in a matter of hours. After that, she said a psychologist came to speak with her in a way she described as “nonsense.”

She said she deliberately packed her belongings slowly while she was checked on every 10 minutes to see if she was ready to leave, and in the meantime, she corresponded with her husband and relatives.

“We thought about what to do, where to apply. We decided that I would come to the airport, and then I would go to the police. That is what I finally did,” she told Tribuna.

She said Yuri Moisevich, the head coach of the national athletics team, told her that “this issue is no longer at the level of the federation [of athletics], neither at the level of the Ministry of Sports, but at a higher level. That I should be eliminated from the Olympics, returned home, because I am in the way of the team performing.”

In response to a statement from the Belarusian National Olympic Committee alleging that she was withdrawn from the competition due to doctors’ evaluation of her “emotional and psychological state,” she said: “No doctors came up to me. No one examined me.”

She added: “I have a good psychological state, even despite the fact that such a situation was going on. I am holding up normally, I have no health problems, no traumas, no mental issues. I was ready to run.”

Katie Ledecky added two gold and two silver medals at the Tokyo 2020 Olympics to seal her legendary status as she became the only US Olympian in history with six individual golds.

Ledecky sat down with CNN to talk about her path to the games and what she’s looking forward to when she gets back home.

“I’m just going to enjoy spending time with my family and friends and telling them all the stories and can’t wait to get back to the U.S and just give them a big hug,” said Ledecky.

The 10-time Olympic medallist, who became the fourth swimmer in history to win gold in an individual discipline in three-straight Olympics, also talked about how she deals with the stress that comes with her success.

“I try to just stay focused on my own goals and try not to let expectations get to me too much, swimming is not the only thing I enjoy doing, I’m passionate about other things as well,” Ledecky says. “There’s so much more to life than swimming and the Olympics and the people around me remind me of that.”

Italy took home two gold medals in a thrilling day of track and field, with Gianmarco Tamberi winning in men's high jump and Lamont Marcell Jacobs edging out the competition to earn the country's first ever men's 100m crown.

Here is a full list of the gold medal winners from Sunday: