Dutch runner Sifan Hassan began her bid for an unprecedented distance triple crown on Monday, and it got off to a wild start.

With a lap to go in Hassan's 1,500 meter heat, the runner in front of her tripped and fell. Hassan then fell over her, and it looked like her attempt to make history was in peril.

But Hassan was able to quickly get back up and start running. Then she turned on the jets.

As the heat drew to its close, she had surpassed most of the field. By the final leg, she was, somehow, back in contention.

In the final steps, Hassan surged ahead and managed to win the heat in a photo finish. She ran the 1500 meters — just under a mile — in 4:05.17, despite falling midway through.

Hassan will go for her first gold medal tonight in Tokyo in the women's 5,000 meter final.

When Olympic swimmer Yui Ohashi won gold in the women's 200 meter individual medley on Wednesday, she pulled off both a personal and historic achievement.

With her victory, she became the first Japanese woman ever to clinch two gold medals in a single Games, after she also claimed the 400 meter individual medley the week before.

It made Tokyo 2020 the seventh straight Olympics where the winner of the women's 200 meter and 400 meter individual medley has been the same person.

"It's surreal," Ohashi said. "I've received a lot of comments from people who said they were moved by athletes winning gold medals and other medals, seeing athletes trying so hard, so I'm very happy about that." 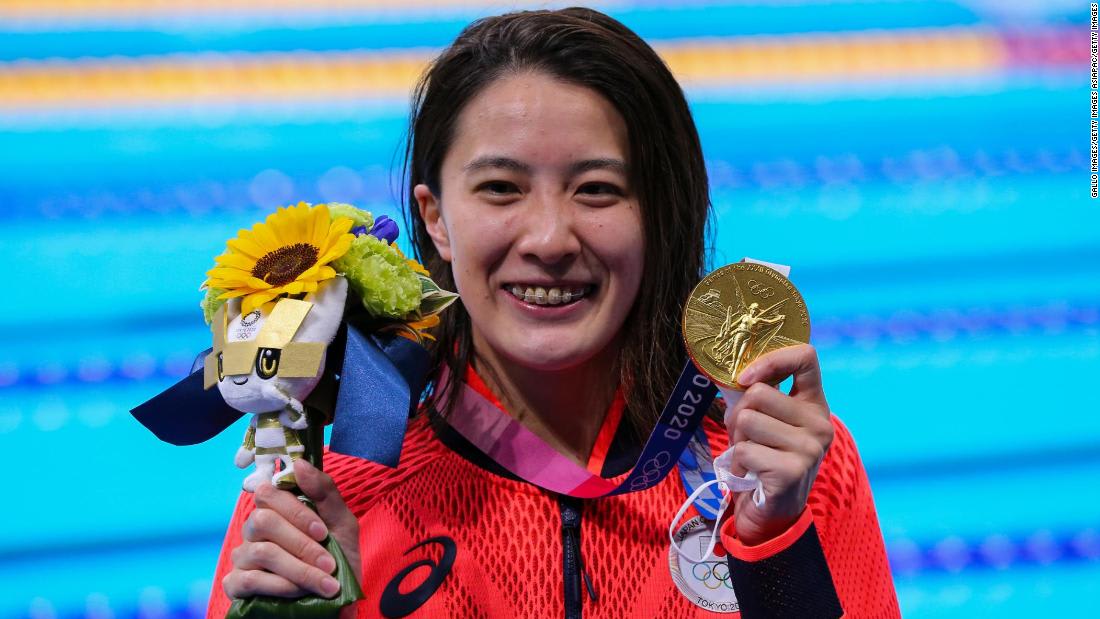 Italy's Lamont Marcell Jacobs set a new European record as he claimed a shock victory in the men's 100 meters at the Tokyo Olympics.

It capped a glorious few minutes for Italy at the Olympic Stadium with Jacobs' victory coming shortly after Gianmarco Tamberi's gold medal in the high jump.

The two men embraced as Jacobs — the first Italian man to win 100 meter gold at the Olympics and the first European man to do so since Great Britain's Linford Christie in 1992 — surged across the finish line.

"It was my childhood dream to win an Olympic Games, and obviously, a dream can turn into something different, but to run this final and win it is a dream come true," said 26-year-old Jacobs.
"I want to thank my family that has always supported me, my children, and my mom, who has been my number one fan since I was a child, and my team who have followed me and those who support me." 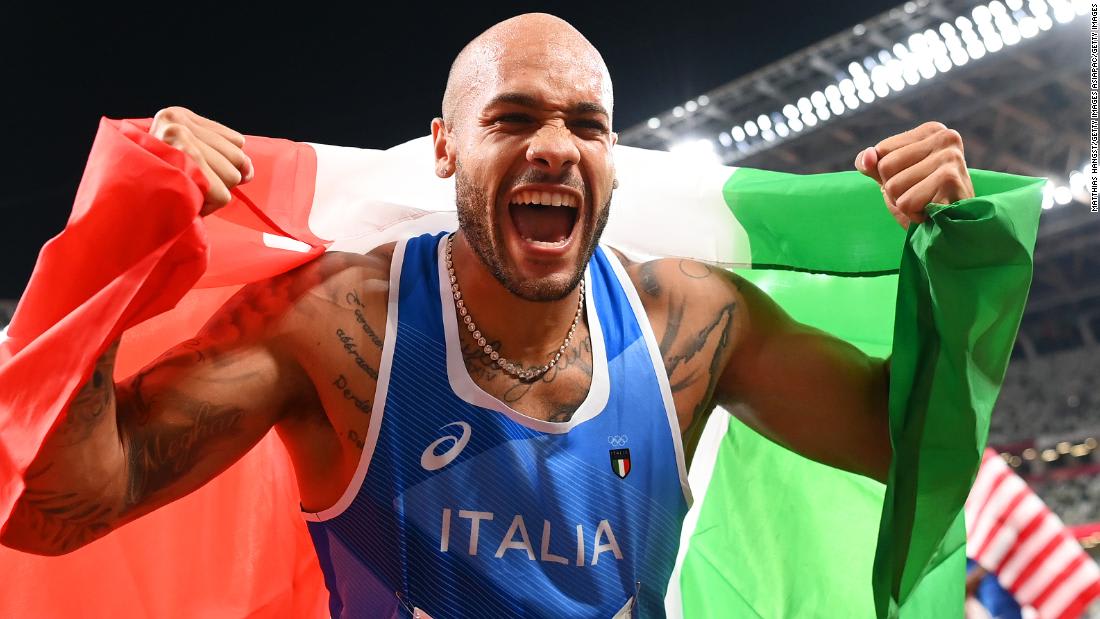