Team USA avenged its early Olympic loss to France by beating the French men's basketball team for the gold medal on Saturday and the 100th American medal of Tokyo 2020.

Kevin Durant of the NBA’s Brooklyn Nets led the way for the US, scoring 29 points. This is his third Olympic gold medal, tying him with American Carmelo Anthony for the record in the men’s tournament. The Americans have now won men's basketball gold in every Olympics since Beijing 2008.

The US men’s basketball team lost once during these Olympics, against France in the Americans’ first pool game. Team USA didn’t lose again.

The US men's team has clinched a medal in every Olympic basketball tournament it has competed: 16 golds, one silver and one bronze.

France has now won three Olympic silver medals in men's basketball, having also lost to the US in the 1948 and 2000 finals.

The bronze medal game between Slovenia and Australia will be played later Saturday.

It's the last full day of competition at the Tokyo 2020 Olympics. But there's still a lot of action left in these unprecedented Games.

The final night of athletics: It's a busy Saturday night at the Olympic Stadium. Events kick off with the women's high jump at 7:35 p.m., followed by the women's 10,000 meter final, the men's javelin throw final; the men's 1,500 meter final; and the men's and women's 4x400 meter relay finals.

Medal tally: China leads with 37 gold medals, followed by the United States with 31 and Japan with 24. The US leads the total medal table with 99 bronze, silver and golds. China is second with 81 and the Russian Olympic Committee third with 63.

What is on tap later in Tokyo (all times local):

Heat, humidity and tropical systems have been the nemesis of athletes during these Olympic Games, and the closing weekend will bring more of the same.

While heat and humidity in Japan in July are common, these levels were above average. Tropical systems can also happen in July, but traditionally the peak months in Japan are August and September.

Organizers tried to help athletes to escape the heat and humidity by shifting venues and event times for the first few weeks, but it will still plague the upcoming marathon.

It's not just the temperatures but also the humidity. When both are high, conditions can be oppressive for athletes.

When your body gets too hot, you sweat to cool off. But if the sweat cannot evaporate, the body cannot regulate its temperature. You need evaporation in order to effectively cool your body.

When the relative humidity is high, the rate of evaporation from the body decreases, according to the National Weather Service. In other words, the human body feels warmer in humid conditions.

To find cooler temperatures, the Olympics marathon events are taking place this weekend in Sapporo.

Sapporo, about 500 miles north of Tokyo, can be as much as 40 degrees Fahrenheit cooler.

But the high temperatures hitting Tokyo are spreading throughout the entire country. It will be cooler in Tokyo on Saturday than in Sapporo. Due to rain in the forecast, Tokyo's high temperature Saturday will be 88, and Sapporo's will be 93.

The women's marathon takes place Saturday morning while the men race Sunday. This weekend Sapporo will see morning low temperatures of around 77 and afternoon highs of 90 to 93. Theses temperatures are 9 to 13 degrees above normal.

Temperatures during both races will likely be between 80 and 86 degrees Fahrenheit. Relative humidity of 70% to 80% will make it feel warmer.

Organizers moved the start of the women's race an hour earlier, to 6 a.m., to avoid the heat.

Will that one hour make a difference? Sunrise in Sapporo is around 4:30 a.m. now. With the race starting at 7 a.m., the sun will have been up for 2.5 hours before the race starts.

For comparison's sake, let's say you're a runner who tries to beat the heat with an early workout in Atlanta, where sunrise is around 6:50 a.m. This would be like doing your workout between 9:30 a.m. and 11:30 a.m. — not exactly the ideal time to be running.

The only temperature relief may come from a tropical storm that will dump buckets of water on athletes this weekend.

You can track the storm here.

When Rebecca Smith sat down to watch New Zealand play the United States Women's National Team in a Tokyo 2020 football match last week, she was floored -- and not just because of the athletes' incredible prowess.

Watching the game from London, a British commentator kept calling an American forward by the wrong name. The commentary of Great Britain's game against the Netherlands has also provoked dismay after the a commentator got two players' names wrong and seemed to be under the mistaken assumption that Phil Neville is still the GB coach -- he left in January.

For Smith -- a two-time Olympian footballer who also captained the New Zealand team -- listening to the commentary of the Football Ferns playing the USWNT was like entering a time warp: It had happened to her and her teammates throughout her whole career.

"There wasn't really any time where I really felt like this full panel of media is really interested in the game, follows the game (or) knows really in-depth about the game," Smith told CNN Sport.

To see that some commentators still hadn't done the "absolute minimum" of learning an Olympic athlete's name "basically reinforces that stereotype that no one is watching, (that) no one cares about women's football, or female athletes," Smith said. 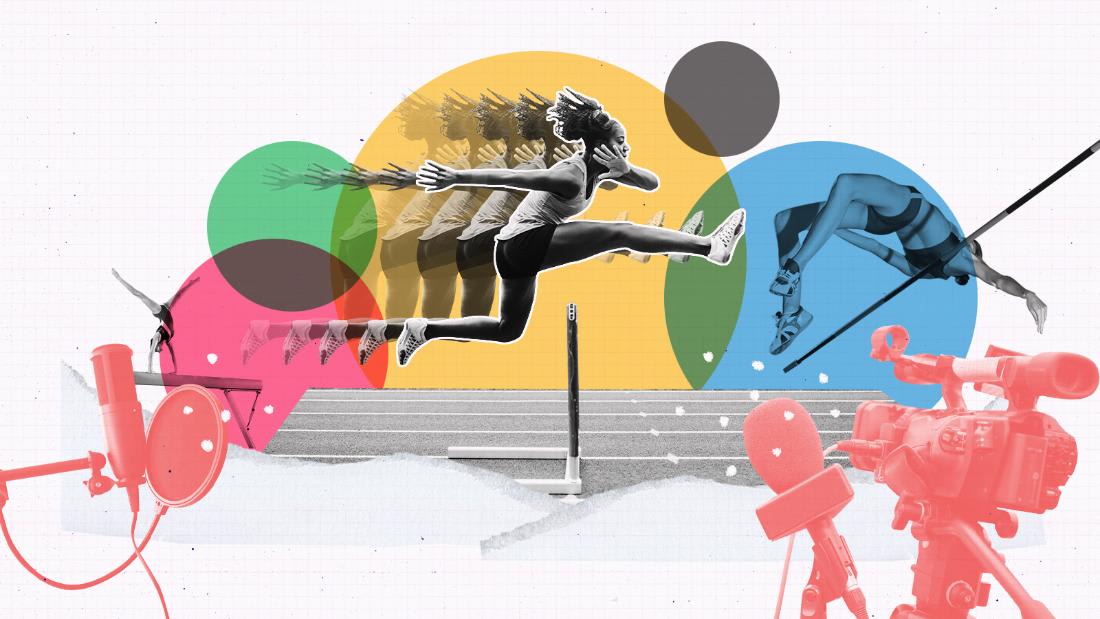